Mario Klingemann: I am an autodidact and did neither attend university nor art school. The reason being that whilst I was interested in technology and programming on one side as well as visual art and photography on the other, at the time when I had to decide which path to take neither academia nor art school were offering anything that seemed to remotely combine my various interests. We are talking about the late 80s here, where there was no internet around yet, so I stayed ignorant of the few opportunities worldwide where I might have been able to combine programming with making art. So I started off with some internships in ad-agencies, became a freelance graphic designer in the techno-music scene, worked a few years in motion graphics, co-founded a web-design-collective, tried to get-rich-quick working for a few start-ups and eventually realized that I had been an artist all of the time, but that if you don’t explicitly tell everybody, the same work you do is either a nerdy experiment or something that ends up on the walls of a gallery.

The thread that goes through my personal development is that I was always highly interested in creative uses of technology and thus my interests evolved in parallel to it. As a consequence I happened often to be an early adopter, be it working with digital imagery, making websites, generative art or neural art – in phases where those technologies were still uncharted so you had to find your own way around.

MK: My work happens on various levels of detail. At the very coarse level is my interest in systems of any kind. This includes actual physical systems like machines or humans, complex systems like society or bureaucracy or believe systems like art and religion. I try to understand what makes these systems tick and how they can be manipulated or augmented. Art as a system is particularly interesting to me since it involves several subsystems like human creativity and perception on the creator’s side and the social, commercial or cultural mechanisms on the audience’s side. Some questions I try to find answers to in this context are for example “What makes an image to be perceived as art and another one not?” or “What is an artist?” These questions then bring me into areas of very fine detail, like “how do you make a bunch of pixels look like an eye?” or “how can a machine create the 100.001st image and make sure that it looks different than all the previous ones and is interesting to a human spectator?”

Ultimately I do all this to satisfy my own curiosity, but since I have to live and eat and since art is not a one-way channel I try to make work that is relevant, interesting, entertaining or touching to other human beings as well. My work with neural networks introduced quite a few new terms and concepts into my practice. The most important one is the concept of the latent space. This is the internal abstract representation of what a neural network has learned. It is a multidimensional space in which every concept or object has its defined place which in turn allows you to make measurements, create order or to traverse it. The fascinating aspect is for this representation it does not matter what a model was trained on – it could be images, sounds or words. This allows us to build universal translators that for example can translate a text into an image or an image into a sound. A real world example of this is Google translate where a text gets first translated into a latent representation or abstract meta-language and then this representation gets transformed back into another language.

One term I coined for my visual work in these latent spaces is “Neurography” which is short for “Neuro-Photography”. Like a photographer goes out into the physical world, selects a motive and frames it, I travel into the latent spaces of the models I trained and bring back the images I find there. The difference to the real world is that with every model I train I can create an entirely new universe with different rules and behaviours. 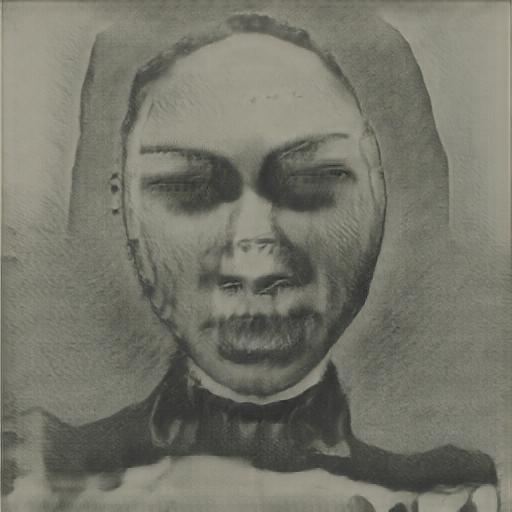 RB: When and how did you begin using computers, coding and neural networks to make art?

MK: My earliest contact with computers was when I was still a child in the 1970s. My father is an engineer and the company he worked at had these old Wang mainframes and huge pen plotters. So whenever I visited him in the office I was playing moon landing on an old green terminal and watched those drawing machines with awe. My dad also often brought home the latest technical gadgets like electronic games, chess computers or programmable pocket calculators. On one of those I started learning BASIC. The next one he bought even had a tiny pen plotter which allowed to output graphics that nowadays we might call generative art. When I was 14 I had finally enough money saved to buy me my first “home computer”, a Commodore C64 which allowed me to explore the world of bitmaps and raster graphics. Working with bitmaps I had my first “epiphany” – I realized that a bitmap theoretically allows you to make any image imaginable (within the limits of the available resolution and color depth). A bitmap can show you any image that there ever was and any image that has never been seen before. On the other hand inside the computer a bitmap is just a number, admittedly a very big number, but if you just tried out all the possible numbers eventually you would see every image. So I wrote a program that did exactly that – going through every possible bit combination (something that John F. Simon, Jr. did 10 years later in “Every Icon”). I was 15 years old and we did not have combinatorics in school yet, so I learned the hard way that this approach would not really work since even in a small bitmap the amount of possible images is much bigger than the number of atoms in the universe, so trying to brute-force this would probably not show me a single interesting image in my lifetime.

Nevertheless the idea that a computer is a machine that theoretically allows you to generate interesting images from scratch stuck with me and over the past 35 years I just kept improving my methods that allow me to find the signals in the noise, starting with writing filters, then moving on to algorithm based generative art and eventually using neural networks. RB: Your project Alternative Face v1.1 features a video of the musician Francoise Hardy speaking with the voice of Kellyanne Conway. Can you say something about this project? What are its aims?

MK: The infamous “alternative facts” quote by Kellyanne Conway happened to coincide with my interest for creating believable imagery. The realization that Orwellian Newspeak has become a vital part of the enemy’s weaponry extrapolated by the mass-psychological potential that “Newsee” will have, once these new technologies become easily abusable, just asked for a coarse warning signal. Whilst words have a more subtle and longer term impact on the way we think and feel images have a much more immediate effect and one flaw in the way our perception works is the “I believe it when I see it” factor. The possibilities to lie with technology unfortunately develop faster than our abilities to adapt our lie detectors, so one motivation to put this piece out there was to provide some basic inoculation to prepare our immune-systems for the actual believability-deficiency-syndrome that is spreading quickly.

RB: Alternative Face v1.1 seems particular relevant in the current age of ‘fake news’. How do you see your role as an artist in such times?

MK: I like the picture of the artist as a canary in the coal mine. Of course every human being observes the world and how it changes and makes assumptions how it might affect their life, but maybe artists have a particular way of seeing that enables them to detect the impact or potential dynamics of certain “disturbances in the force” earlier than others. And since we live in an age where technology has become a vital part of society an artist like me who works intensively with the latest technologies happens to be there at the right time and place. Alternative Face is a good example, especially seen in hindsight where now, a year later, we get flooded in “Fake Porn” and “Deep Forging” videos after the software skills required have become so commodified that everyone can do it. 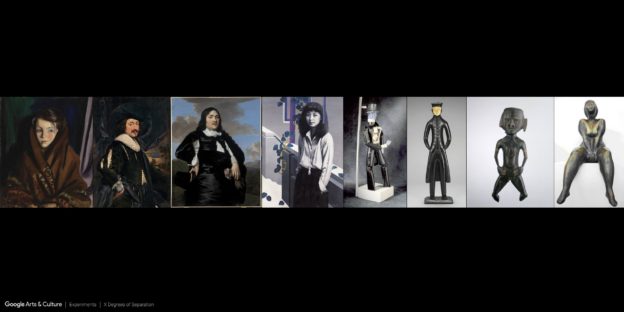 RB: Can you say something about your residency at Google Arts and Culture and its resulting X Degrees of Separation installation?

Mario Klingemann is an artist working with algorithms and data. He investigates the possibilities that machine learning and artificial intelligence offer in understanding how creativity, culture and their perception work. An important part of this investigation is his work with digital cultural archives like the British Library's, the Internet Archive's or the collection of the Google Arts & Culture where he currently is artist in residence. He is a regular speaker on international art, design and media conferences, winner of the 2016 creative award of the British Library and his works have been shown at the Ars Electronica Festival, the Centre Pompidou, Paris, the Met and the MoMA, New York. http://quasimondo.com/ View all posts with Mario Klingemann →