The series, titled “Portraits of Imaginary People” explores the latent space of human faces by training a neural network to imagine and then depict portraits of people who don’t exist. To do so, many thousands of photographs of faces taken from Flickr are fed to a type of machine-learning program called a Generative Adversarial Network (GAN). GANs work by using two neural networks that play an adversarial game: one (the “Generator”) tries to generate increasingly convincing output, while a second (the “Discriminator”) tries to learn to distinguish real photos from the artificially generated ones. At first, both networks are poor at their respective tasks. But as the Discriminator network starts to learn to predict fake from real, it keeps the Generator on its toes, pushing it to generate harder and more convincing examples. In order to keep up, the Generator gets better and better, and the Discriminator correspondingly has to improve its response. With time, the images generated become increasingly realistic, as both adversaries try to outwit each other. The images you see here are thus a result of the rules and internal correlations the neural networks learned from the training images. 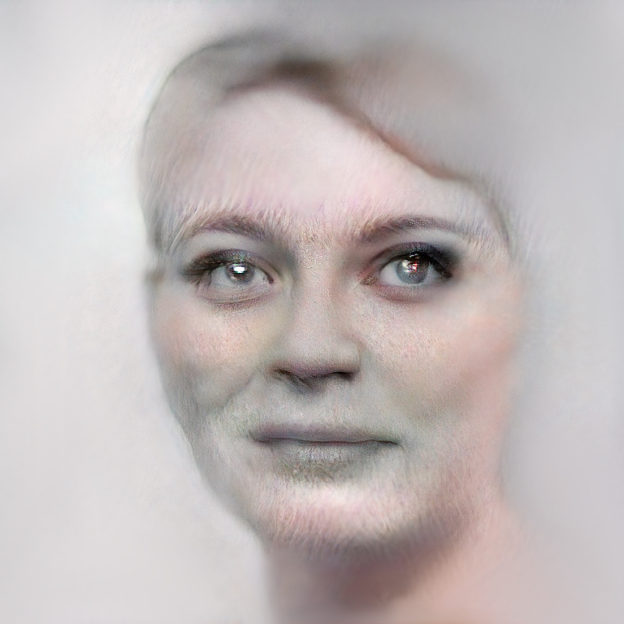 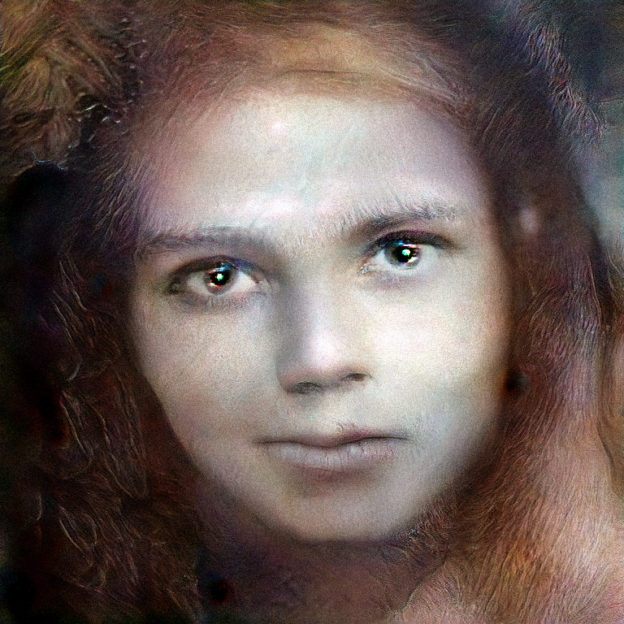 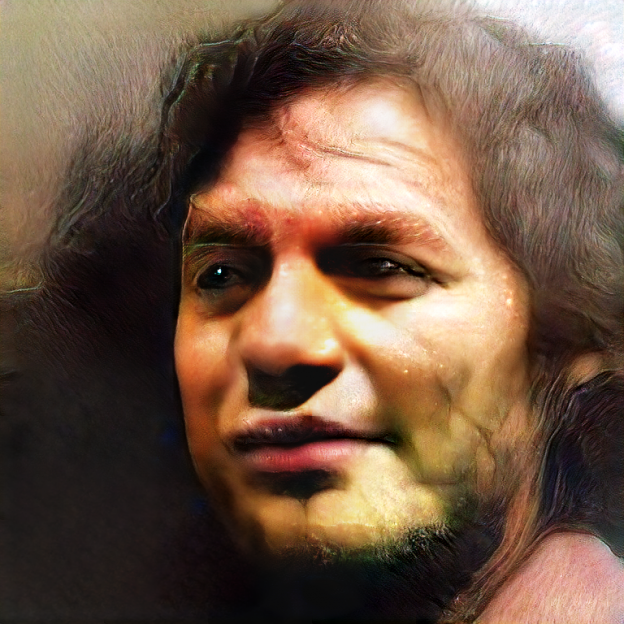 An animated video, Dreams of Imaginary People, can be seen at www.miketyka.com/projects/dreams/

Mike Tyka studied Biochemistry and Biotechnology at the University of Bristol. He obtained his PhD in Biophysics in 2007 and went on to work as a research fellow at the University of Washington and has been studying the structure and dynamics of protein molecules. In particular, he has been interested in protein folding and has been writing computer simulation software to better understand this fascinating process. Protein folding is the way our genetic code is interpreted from an abstract sequence of data into the functional enzymes and nano machines that drive our bodies. Mike currently works on machine learning at Google in Seattle. Mike became involved in creating sculpture and art in 2009 when he helped design and construct Groovik's Cube, a 35ft tall, functional, multi-player Rubik"s cube. Since then he co-founded ALTSpace, a shared art studio in Seattle, and started creating sculptures of protein molecules. He hopes to capture some of the hidden beauty of these amazing nanomachines, make it accessible to the general public, and maybe act as inspiration for those who want to learn more about the biochemistry that make life possible. Since 2015 Mike has also begun working with artificial neural networks as an artistic medium and tool. He created some of the first largescale artworks using Iterative DeepDream and collaborated with Refik Anadol to create a pioneering immersive projection installations using Generative Adversarial Networks Archive Dreaming. His latest generative portraits series "Portraits of Imaginary People" has been shown at ARS Electronica in Linz, OutOfSight 2017 and at the New Musueum in Karuizawa, Japan. View all posts with Mike Tyka →