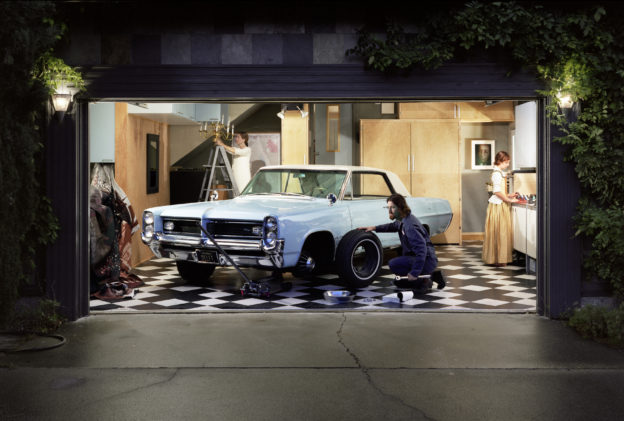 Lewis deSoto: I am a Native American (Cahuilla) from Southern California.  I was educated with an eye toward philosophy, religious studies (Buddhism in particular) and art with an emphasis on photography, sculpture and installation.

Richard Bright: What is the underlying focus and vocabulary of your work?

Lewis deSoto: To state it most simply, my focus is consciousness.  First, consciousness from the body and mind, then as it relates to its inherent contexts, history, religion and culture. 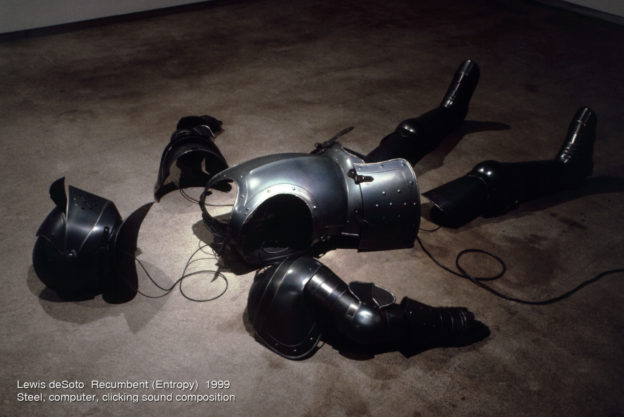 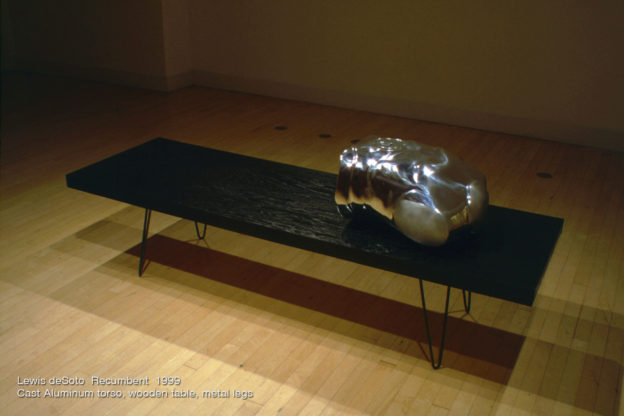 Richard Bright: Buddhism revolves around the discipline of practice, the focus on refining one’s actions, not the expounding of a theory. There is also the term ‘artistic practice’. How much weight does ‘practice’ feature in your work?

Lewis deSoto: “Practice” implies that there is perfection at some future point, where I would prefer to use the word “process,” where actions (karma) create opportunities for the furtherance of new work in whatever form seems appropriate.  Hence, over the years, I have been identified as a sculptor, a sound artist, a photographer because I follow an idea to its most appropriate form. 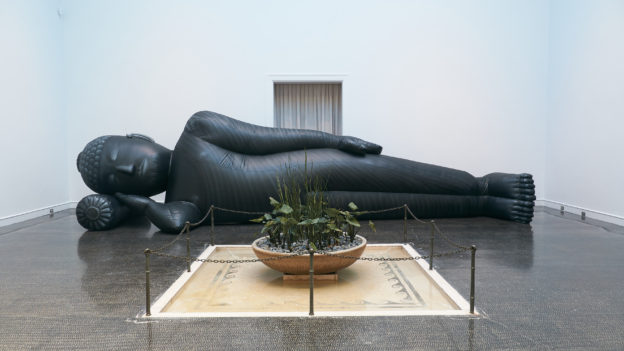 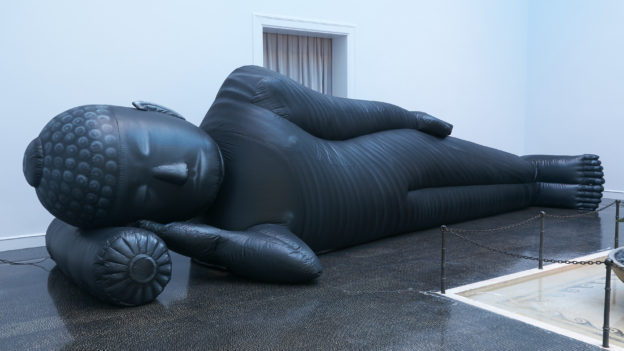 Richard Bright: Can you say something about your work PARANIRVANA (self-portrait), in which you portray yourself as the reclining Buddha at the moment of death and supreme consciousness? In particular, the theme of death and the term ‘self-portrait’?

Lewis deSoto: The “parinirvana” of the Buddha, the supreme extinguishment of self is the ultimate conditionless state or act.  In consideration of my death, I cannot imagine the somatic memories of previous deaths I can only surmise and carry forth ideas, hopes, fears about this future experience.  “Para” meaning “great,” I can suggest that I may experience a temporary release from the self, but ultimately, my karma will lead me back to the realm of maya.  The “emptiness” of the sculpture is the air, or the intake of breath that holds to the last moment of life.  Built within the way the sculpture is made is the humor inherent in its material construction: plastics, an electric fan and some artful airbrushing. 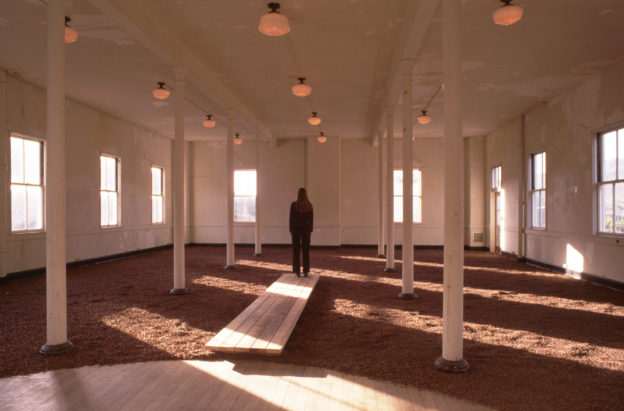 Lewis deSoto: End of Desire, Headlands Center for the Arts, 2001

Richard Bright: Following on from the last question, in Buddhism there is the doctrine of anatta, which states that there is in humans no permanent, underlying substance that can be called the soul. Instead, the individual is compounded of factors that are constantly changing. How does this resonate with you personally and through your work?

Lewis deSoto: In a way, artists are asked to trade on their missing souls; to trademark them as a way of working, of consistent motifs that lead to one seeing the phantom behind the work.  I am not sure how I feel about that.  I find as I age, I’m more and more unwilling to play with the personification of myself as an artist.  I’m beginning to lack the drive to be “represented” in the artworld, to have a “brand,” or historical significance.  It would mean that I was playing the “game” for keeps, to keep the idea of “Lewis deSoto” alive forever.  A laughable ambition when the present moment is here and represents the only significant time and place I can act and be conscious. 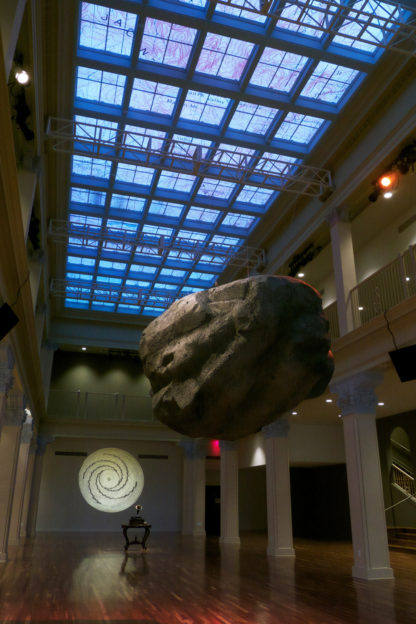 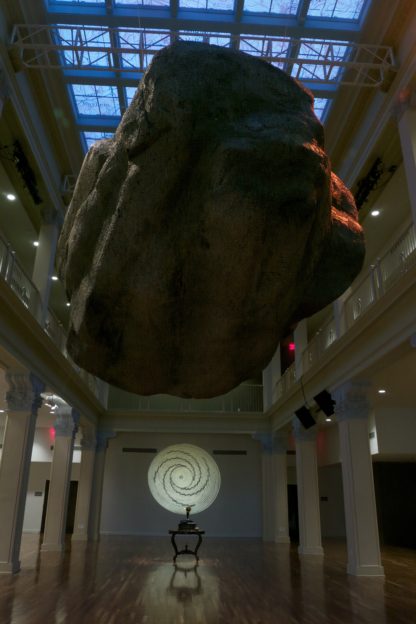 Richard Bright: The experience of landscape is an important feature in much of your installation work (I’m thinking particularly of the Tahualtapa Project, Tahquitz and Appellation). How important is landscape, or the ‘sense of place’, to your work?

All images copyright and courtesy of Lewis deSoto

Lewis deSoto (1954) is of Cahuilla origin from the Southern California region known as the Inland Empire. He studied art, philosophy and religion at UC Riverside and received his B.A. in Studio Art in 1978. He received his MFA from the Claremont Graduate University in 1981. He has taught at Otis Art Institute, Los Angeles, Cornish College of the Arts, Seattle, California College of Arts and Crafts, Oakland/San Francisco, San Francisco Art Institute and is a Professor Emeritus at San Francisco State University. His works of photography, sculpture, installation and other media works are in the collections of the Museum of Modern Art in New York, Museum of Contemporary Art, Los Angeles, the Los Angeles County Museum of Art, the Museum of Contemporary Art, San Diego, the Columbus Museum of Art and other public and private collections. His book of essays and photography, EMPIRE, was published by Heyday Books in late 2015. He has studios in Southern and Northern California. View all posts with Lewis deSoto →