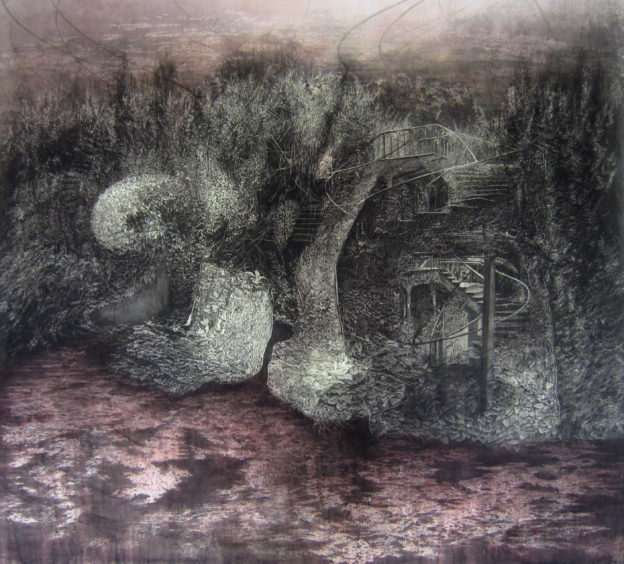 Juliette Losq: I studied English Literature and Art History at Cambridge followed by an MA in Eighteenth Century British and French Art at the Courtauld Institute. I then studied Fine Art at Wimbledon College of Art and as a postgraduate at the Royal Academy of Art.

JL: I would cite my previous studies as an influence. I often layer contemporary landscape imagery with stylised rococo forms in my work. My recent work is based on the construction of maquettes from which I then draw back – a practice that was embraced by eighteenth century French artists in rocaille design, where fantastical landscapes were created by drawing from arrangements of coral, plants, shells and mosses. Gainsborough also used a theatre-like construction called an Eidophusikon to paint from – he was able to create different atmospheres by manipulating lighting and using smoke. 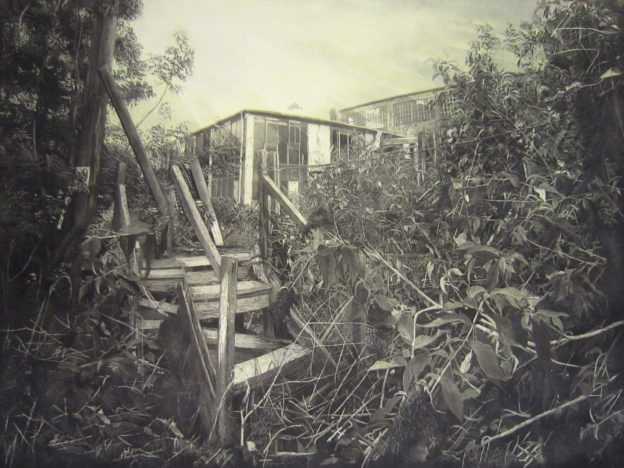 JL: I tend to be drawn towards the overlooked and neglected. Creating intrigue from the mundane is something that fascinates me. The work draws on a long tradition of artists who turn to ruins as their subject-matter, and finds its antecedent in the Picturesque and Gothic movements of the eighteenth and nineteenth centuries.

The Picturesque – though difficult to define – was broadly thought of as the antithesis of the Romantic genre with its broad, sweeping prospects. Instead it tended favour the refuge or bower, using framing devices to create a sense of enclosure. Its focus, like my own, was on the particular rather than the general: the crumbling wall, the foliate grove. I tend to focus on marginal, neglected corners, with a particular interest in overgrown post-industrial sites. 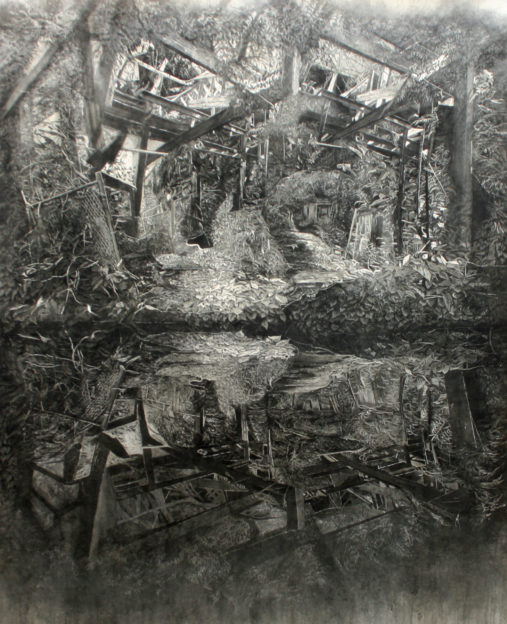 In common with artists associated with the eighteenth century Gothic, my work positions sites of contemporary ruination as places where the nefarious, sinister or unfamiliar may occur. Where once we may have expected Gothic ruins to be populated by night creatures and maniacal monks, scholars of “modern ruins”, such as Tim Edensor, associate them with the failure of Capitalism giving rise to spectres of a different kind. They become dens for children, refuges for suburban wildlife, and areas where criminality may occur. Cyphers of the passage of time, ruins embody the past and present at once whilst projecting a potential future. This changeability – both materially and emblematically – is what has attracted me to ruin sites so frequently in my work. 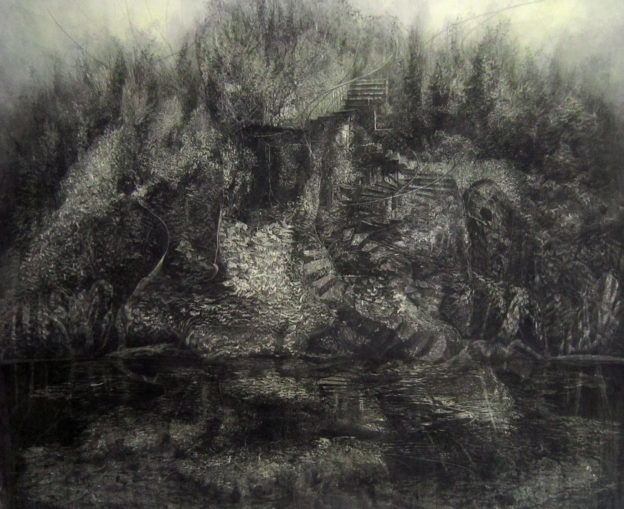 RB: How are your drawings made?

JL: The process references the building up of an etching plate. Working from the lightest to the darkest areas I apply layers of resist and ink, building up the image tonally in layers. Once the final layer of ink is applied all resist is removed, allowing the image to “develop”. The outcome resembles both primitive photography and etching, with the resulting image emerging from negative marks left by the resist. Subsequent detail layers are added to resolve the image to varying degrees, so that it hovers between stability and instability. In this way the technique forms a synergy with the fragility and ephemerality of the spaces depicted. 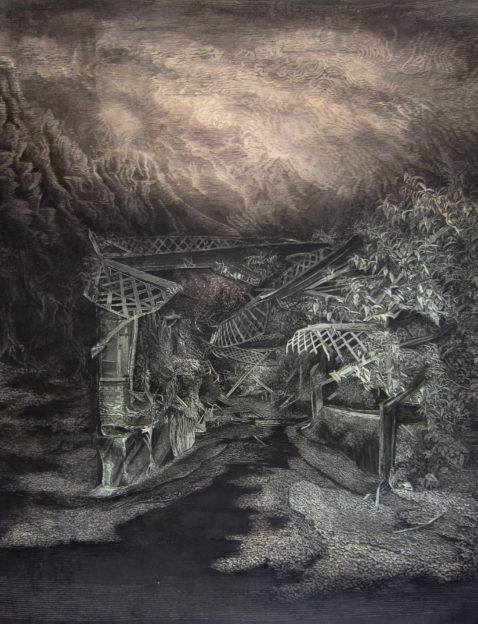 RB: Can you say something about the variety of processes that you use (both drawing and installation) and how they inform one another?

All images copyright and courtesy of Juliette Losq