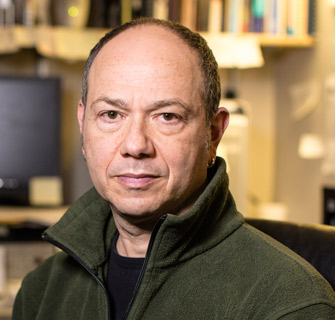 Richard Bright: Your career has covered wide conceptual and philosophical terrains; can we begin briefly with your background in experimental literature and communications, and how this led to your early performance pieces?

Eduardo Kac: I grew up in the 1960’s, and was a young man in the 1970’s. In 1976, when I was fourteen, I started to read seriously. The late 70’s was a period of intense reading for me, a period of engagement with poetry. Poetry always spoke to me in a very primeval manner. Poetry is condensed language, and I got it at a young age. I got it and I loved it, and it spoke to me in a very poignant manner. I understood that I wanted to do that; I knew that I was too young, but I knew that this was in my future somehow. So, I kept studying and reading, and obviously writing, very youthful attempts at it! I read more and more. I read several languages, I devoured modern poetry – late Nineteenth Century French poetry and also the Avant-garde. I realised that poetry had already stepped outside of the purely verbal boundary. That was a revelation when discovering Cummings and Futurism and all these other movements and individuals that had, at that point, already crossed into the visual domain. This resonated with me in a very profound way because I grew up with television and comics; those were my two favourite modalities. This realm in which text, sound and image more than coexist, they form a new unit; that made so much sense to me.

Não!, 1982/84 – Created in 1982 and presented on an electronic signboard in 1984 at the Centro Cultural Cândido Mendes, Rio de Janeiro (in Portuguese). “Não!” is organized in text blocks which circulate in virtual space at equal intervals, leaving the screen blank prior to the flow of the next text block. The visual rhythm thus created alternates between appearance and disappearance of the fragmented verbal material, asking the reader to link them semantically as the letters go by. The internal visual tempo of the poem is added to the subjective performance of the reader. The poem was realized on a LED display.

The idea that poetry would not do that, all of a sudden became absurd. I recognised that these early attempts at taking poetry to another level, another domain of intersemiotic transit, were a reflection of the time, of the 20’s, 30’s, 40’s and 50’s, but they were also attempts to overcome the limitations of the time. Then I realised that by 1982, when I made my first digital poem, and ’83 when I made my first holographic poem, those were already direct manifestations of my awareness of the fact that a new chapter in the history of poetry was there to be written, had to be written. That was not a reflection of the present, but rather the first bricks in this new building which was going to be the future. In other words, I saw on the horizon that there was a new culture to be created; what we now call the digital culture. I wanted to participate actively in the creation of this new culture. I was convinced that poetry had a place in it and I wanted to write that poetry.

EK: 1982 was the first digital poem, ‘83 was the first holographic poem, and ‘85 was my first poem online, digital but online, with the French Minitel system. At that point I had already pushed poetry into the domain of media. I also realised that I could pursue media-art as an independent exploration. I’ve always been interested in the question of communication processes. I gained an insight early on that communication processes lie at the heart of everything there is. Meaning that, when you think about something so small as unicellular organisms, if they did not communicate they could not have evolved into a multi-cellular creature, like us. When you think about the multi-cellular creature, if it did not communicate with other similar individuals, there would be no society; be it human or non-human. Then of course you have non-semiotic communication, as when something as large as a rock partially blocks the entrance to a cave. Then cold wind enters the cave and affects the dynamics of the life that exists in this cave; there is no intention or deliberate action, but none-the-less, the temperature from the outside is suddenly communicated into the inside. I think that communication is a fundamental process and I thought that this insight had not been fully explored in art or poetry. 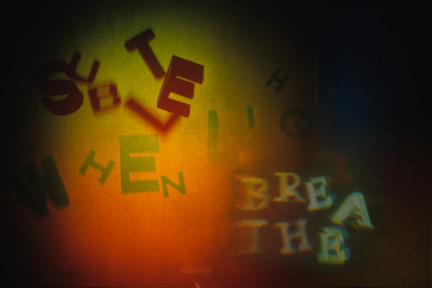 The works I have been making have enlarged this field that I carved for myself in terms of poetry and art practice. Initially, language was a domain that interested me. For language to enable social communication, it has to operate according to certain parameters. Poetry, by definition, defies that. But, if I were to defy even the parameters of the poetry that I have historically received, to the point of dissolving recognition of the poem as a finished object, for example, then the language in the poem could be the object of negotiation. So, how would this potential re-configuration of language, or, to put it in linguistic terms, if I were to compose my poem, not in the syntagmatic axis, but in the paradigmatic axis, how would that propel poetry?

I would do this dynamically, which I cannot do on paper. It has to exist holographically, virtually, through the Internet and so forth. How would this carve a new path for poetry? By pushing that question into the media that I had to use, to dynamically give you the lived experience of language in this new circumstance that you have not experienced before. I then realised I really had crossed into another realm of practice. Then I noticed that I could do that with other languages and systems. In other words, I could explore communication with videophones and fax machines. I could do that visually. I could use the logic of language, but without language. I created a whole series of artworks that were predicated on that idea. 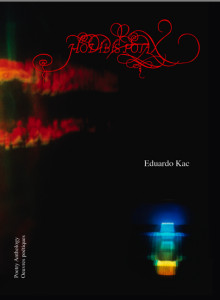 From this initial work in the early 1980s, two universes were created. One was in poetry; the other was in the visual arts. I didn’t really come up with a ‘theory of everything’ until 2006/07. I was always very intrigued by the fact that I had pursued these two lives very separately. Many experimental writers know reasonably well my digital and holographic poetry, but not really my art practice. The reverse is also true; very few people in the arts have any idea that I have a separate life in poetry. I hoped that one day they would come together, but you can’t force this. If it happens, it happens naturally. By 2006/07 they crossed again. I had been developing a series, entitled Lagoglyphs, that joins, for the first time in a very indistinguishable manner, exactly what led me to create this new type of poetry, and what led me to create this new type of art.

RB: Physicists talk recently about information being more fundamental than particles, that is, quantum information. You’ve mentioned before about the question of communication, which is not just the transmission of information, it’s a vital force. 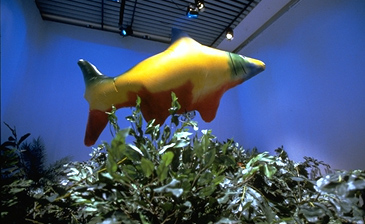 Eduardo Kac: Uirapuru (1999. The flying telerobotic fish can be controlled both through a local interface and the Web

RB: You also talk of inter-species communication, that our human communication is only one aspect of a whole range of communications. Can you expand a little more on that idea?

Eduardo Kac is internationally recognized for his telepresence and bio art. A pioneer of telecommunications art in the pre-Web '80s, Eduardo Kac (pronounced "Katz") emerged in the early '90s with his radical works combining telerobotics and living organisms. His visionary integration of robotics, biology and networking explores the fluidity of subject positions in the post-digital world. His work deals with issues that range from the mythopoetics of online experience (Uirapuru) to the cultural impact of biotechnology (Genesis); from the changing condition of memory in the digital age (Time Capsule) to distributed collective agency (Teleporting an Unknown State); from the problematic notion of the "exotic" (Rara Avis) to the creation of life and evolution (GFP Bunny). Kac merges multiple media and biological processes to create hybrids from the conventional operations of existing communications systems. Kac first employed telerobotics in 1986 motivated by a desire to convert electronic space from a medium of representation to a medium for remote agency. He creates pieces in which actions carried out by Internet participants have direct physical manifestation in a remote gallery space. Often relying on the indefinite suspension of closure and the intervention of the participant, his work encourages dialogical interaction and confronts complex issues concerning identity, agency, responsibility, and the very possibility of communication. View all posts with Eduardo Kac →