Richard Bright: To start with, I would like to ask about your artwork, which is science-based. Could you tell me the history of how this came about?

Andrew Carnie: This is quite a long history! When I was a child I was very interested in science. I had parents that were a botanist and geographer; my father was a geographer, my mum was a plant person, a horticulturalist. Through them, I spent a lot of time outside; that was the interest. Originally, having spent a lot of time in the countryside with natural history groups and the like, I started by going to university to study zoology. Then I made a swap and I went to study psychology because I realised there was more work to do with the brain and behaviour there. But, in the background, part of what I had always done was to draw from nature; natural history subjects. After a while of being at university the passion to want to paint and to make things grew; grew to the point I left university prematurely to pursue making art work; the desire was so great. But when I left university I had that science background set in my mind even though I did not refer to it particularly. I painted and made sculpture for ten years or more around other subjects; the science waned effectively then for a number of years, but I came back to it; and I don’t know quite why! I turned to it as a source of inspiration partly because of the photographs I had began to take and part of it was a visit that I had, that really made things work, with Marina Wallace from ARTAKT. Prior to that, I’d already started to photograph and paint biological specimens; there was another subject matter turning up as I began to use a large format camera I bought to record work to take other subjects.. 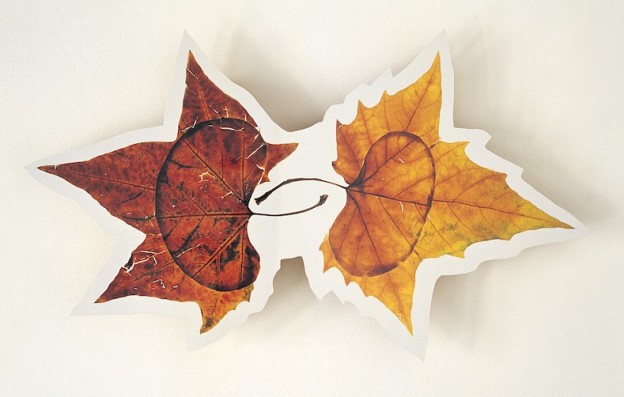 Further back one of the invited guests at Goldsmiths was Francis Crick, who gave a talk about his interests in art and science. I was beginning to make connections and I was fascinated to go to that arena. There wasn’t a very big audience for the talk it just happened to be that he lived fairly near Goldsmiths at that point and one of the tutors, Sarat Maharaj, knew him, so we had this debate.

The pivotal moment was years later though really, doing the piece for the Head On show, through Marina Wallace at ARTAKT together with the Science Museum. Prior to that I’d been making work with science imagery, cellular things, fairly strange things, really looking at what it was permissible to paint on; painting on biological substrates. These were abstract in a way; which was kind of interesting. 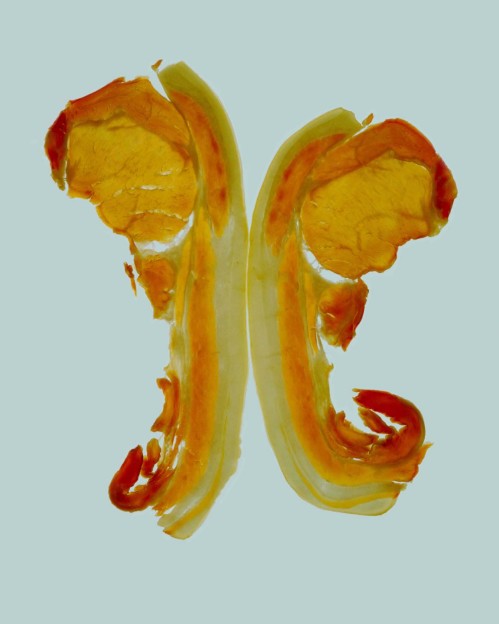 The relationship between making time-based works really happened after the Head On show and making Magic Forest (2002) for that exhibition. 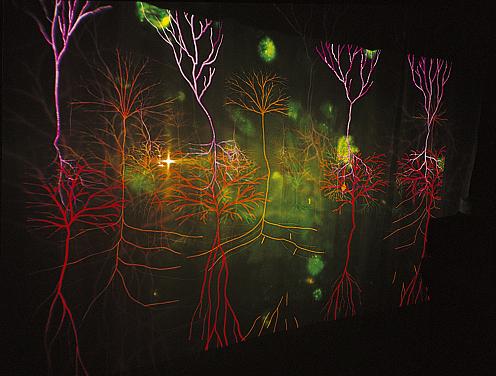 Andrew Carnie is an artist and academic. He is currently part of the teaching team in Fine Arts at Winchester School of Art, University of Southampton, England. He studied chemistry and painting at Warren Wilson College, North Carolina, then zoology and psychology at Durham University, before starting and finishing a degree in Fine Art at Goldsmiths College, London. He completed his Masters degree in the Painting School, at the Royal College of Art. In 2003 he was the Picker Fellow at Kingston University. Carnie’s artistic practice often involves a meaningful interaction with scientists in different fields as an early stage in the development of his work. There are also other works that are self-generated and develop from pertinent ideas outside science. The work is often time-based in nature, involving 35 mm slide projection using dissolve systems or video projection onto complex screen configurations. In a darkened space, layered images appear and disappear on suspended screens; the developing display absorbs the viewer into an expanded sense of space and time through the slowly unfolding narratives that evolve before them. Andrew’s website www.andrewcarnie.co.uk View all posts with Andrew Carnie →