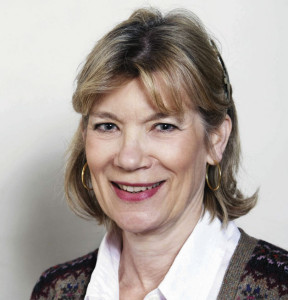 “At this time, the world we live in is in great need of a balance between our heads and our hearts, so that we may connect to the ‘tap-root’ in us all by opening us to the realm of imagination, inspiration and integration.” Sacha Abercorn

Sacha Abercorn is an innovator in creative education and the founder of The Pushkin Trust. In an exclusive interview with the Interalia Magazine she discusses the importance of imagination in education and how we can all learn and develop through the imaginative process.

The Pushkin Trust began as The Pushkin Prize in Ireland in 1987 and is now synonymous with creativity, inspiration and expression of voice. Its founder, Sacha Abercorn, is the great, great, great granddaughter of the famous Russian poet, Alexander Pushkin.

The Pushkin Trust supports creative learning and education across Ireland, opening us to the realm of imagination, inspiration and integration. The Trust began as a programme devoted to creative writing but has since evolved to include other creative arts.

At the core of the Pushkin Trust’s work is the Schools’ Programme, which is a cross-curricular, cross-community and cross-border project involving primary, secondary, Irish medium and special needs schools.

Feedback from the Pushkin Trust has been overwhelmingly positive with pupils saying:

‘I now know that I have an imagination’

‘This has been the best week of my life’

And teachers echoing their praise:

One of the genuinely best things about my teaching career was discovering ‘Pushkin’ – truly inspired learning.”

“Pushkin is a truly wonderful gift to the children and teachers of Ireland, north and south, and should be a role model for so many educational systems”

Sacha Abercorn’s interview ‘Imagination in Education’ is a thought provoking and exciting for anyone with an interest in education, creativity and the transformative power of the imagination. https://www.interaliamag.org/interviews/imagination-in-education/