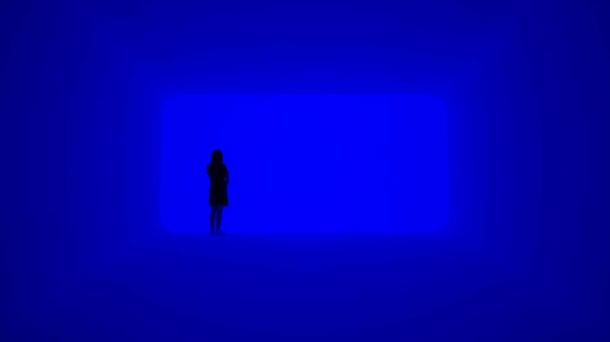 Over the last 40 years James Turrell has created extraordinary works that allow the viewer to apprehend perception.  Through the probing of these works, aspects of “seeing” are revealed, from the physiological to the sublime.  The subject and material for these works are light and space, and perhaps less obvious, time.

We tend to think no more about the act of seeing than we do about the act of breathing – it seems so natural to us.  We are unlikely to “see ourselves seeing“. There are moments, however, when the limits of our visual perception are made more apparent – when the automatic functioning of sight seems to falter.  For example, entering a dark room on a bright day, straining our eyes to make out the space within. Turrell’s work explores these limits and the possibilities of individual perception.

Complex in conception and precise in construction, there is an economy of means in the finished works.  Existing architectural details are neutralized by the creation of a perfect white space within a building.  The viewer’s attention is drawn to the area of light – what Turrell calls the “Sensing Space” – that may exist either in the same space as the viewer, or beyond a rectangular aperture. Apparently simple, the result is a complex visual experience, requiring time to unravel. 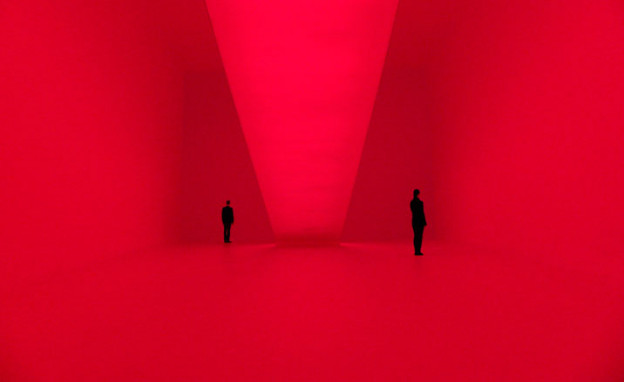 “As you look at a piece, or an experience, you assemble the piece. As you move on it, you reassemble it.  And the fact is that you can go back in, and assemble it again, to its original state.  And yet having done that doesn’t steal its magic. It’s important to me that you see it one way first, and then it reveals itself as something else.  Then you go back again and see that initial way again.  Seeing yourself see”.

This comment underscores an essential paradox that underlies his work – That each work contains both the rational and the mysterious. 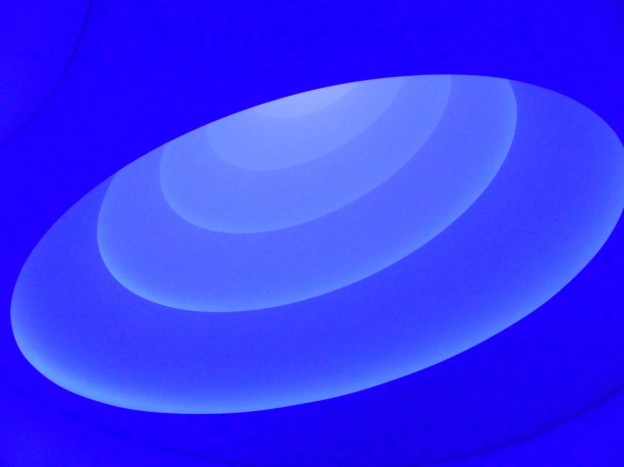 The process of assembling and re-assembling takes time, and forms an important part of the work.

The viewing experience is a dynamic one, since the viewer’s eyes are adjusting and reacting to light.  In works with variable or outside light, the piece itself changes as well. Turrell speaks of needing to “pay the price of admission” to experience the works, and by this he means the viewer must make a commitment to sustained viewing over time.  Without this commitment to “looking”, the works are almost literally nothing.  One cannot give them just a quick glance – they need patience.

The following is a discussion between James Turrell and Charlie Rose (Charlie Rose, July 1 2013)