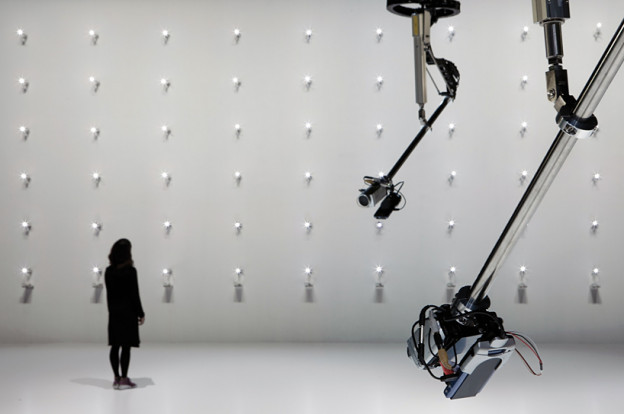 The installation ‘Desire of Codes‘ by Seiko Mikami is designed to mimic the workings of human memory in our modern information society, as robotic sensors respond to the presence of visitors and mix together visual recordings from both the present and past.

first, a wall composed of 90 mechanized rods decked with lights, cameras,
and sensors;

second, a set of six large robotic arms suspended from the ceiling;

and third, a wall-mounted sculpture that appears like a large compound eye, divided into 61 hexagonal video screens. the video footage remixed on the screen consists of footage from both past and present visits to the exhibition, as well as data from public surveillance cameras throughout the world. 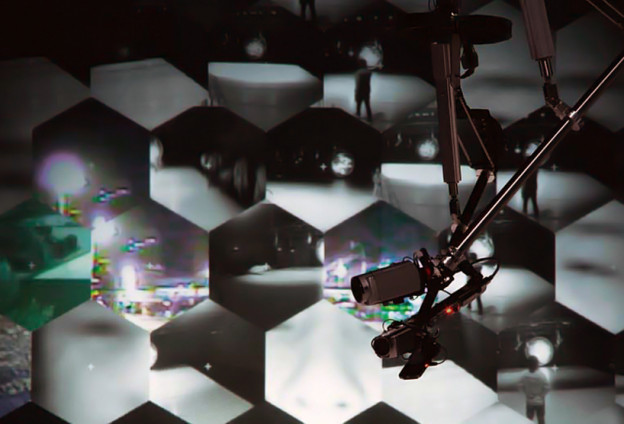 90 devices are exhaustively distributed across a wall. As soon as a visitor enters the area in front of the wall, the device’s heads start blinking, and all together they move in the respective visitor’s direction like an insect’s tentacles. Highly sensitive cameras and microphones able to detect motion and sound beyond human perception record the visitor’s action, and send the recorded images and sounds to this work’s integrated database, from where they are eventually transmitted to Part 3.