I use cut map fragments as the components of painterly constructions. They provide lines, shapes, colours and patterns that have both aesthetic and symbolic interest. Each little form in the abstract composition is able to carry meaning: human information and experience, some of it familiar, some alien and exotic.

Each piece has a sculptural independence: mounted, pinned and positioned in a delicate layered configuration. 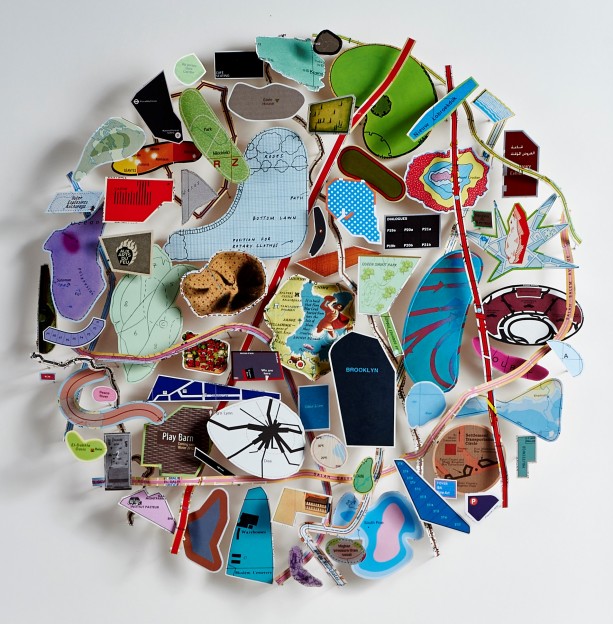 The geometry and balance of the arrangement compensates for the subversion of rational, geographical sense. Peculiar shapes and patterns provoke new associations and different graphic languages jostle for significance. 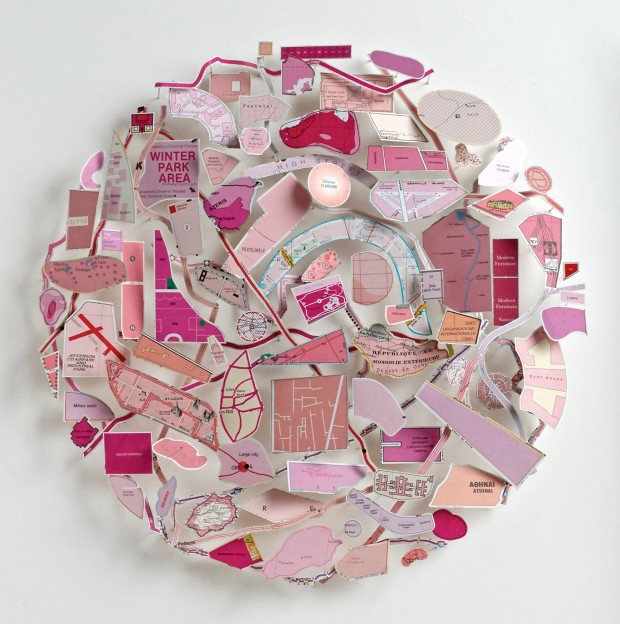 There may be a specific colour theme or a tonal arrangement that appears to glow. 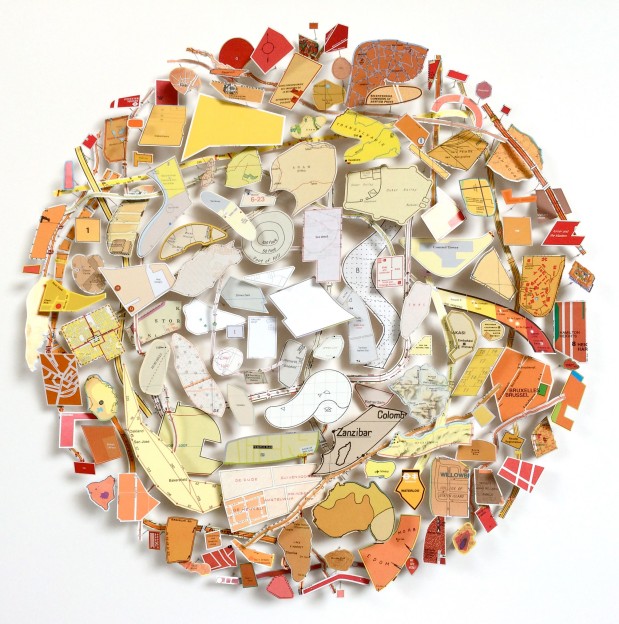 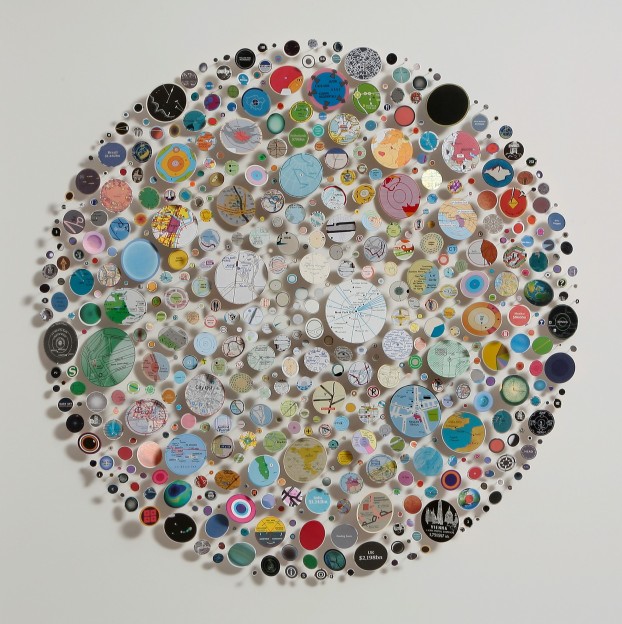 I use maps from all over the world and enjoy mixing the local and mundane with the distant and unknown.

Elsewhere consists only of maps of imaginary places including Tol Brandir from Lord of the Rings, Happiness Island from Grand Theft Auto and Ambridge from the Archers. 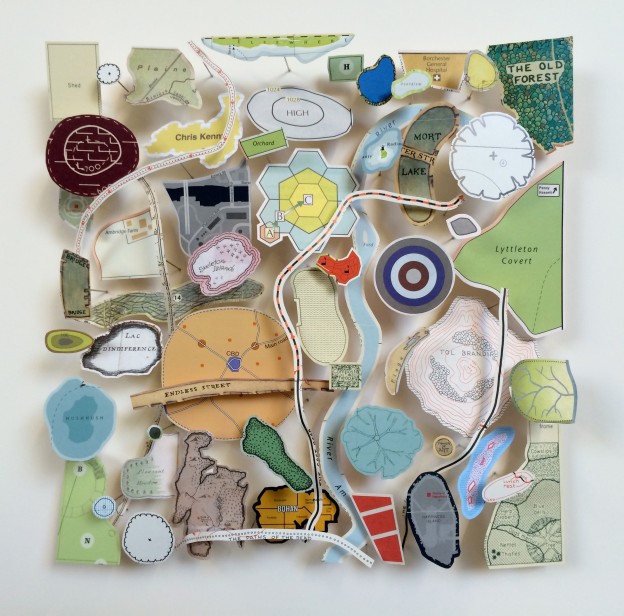 All my materials are from actual maps and there is a clear association with boxes of entomological specimens or reliquaries. 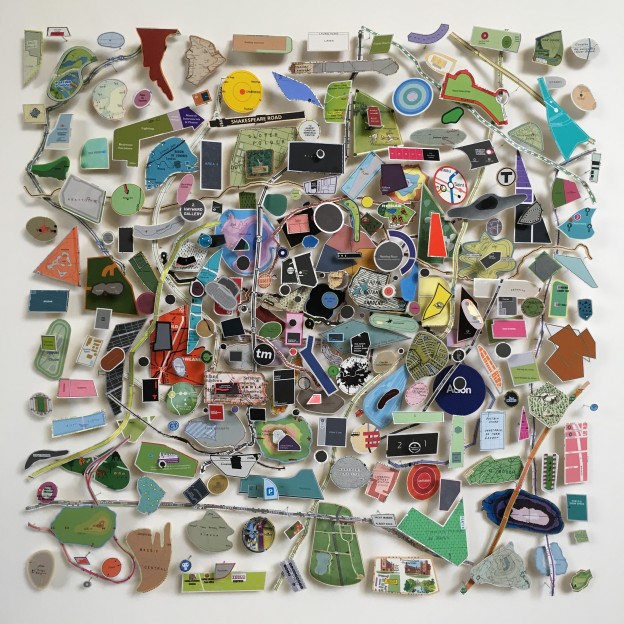 The idea of imaginative travel is more pronounced in a work like The Road where roads from all over the world are joined so that the journey can only be in the head… or in the body, if we notice the similarity to a digestive system. 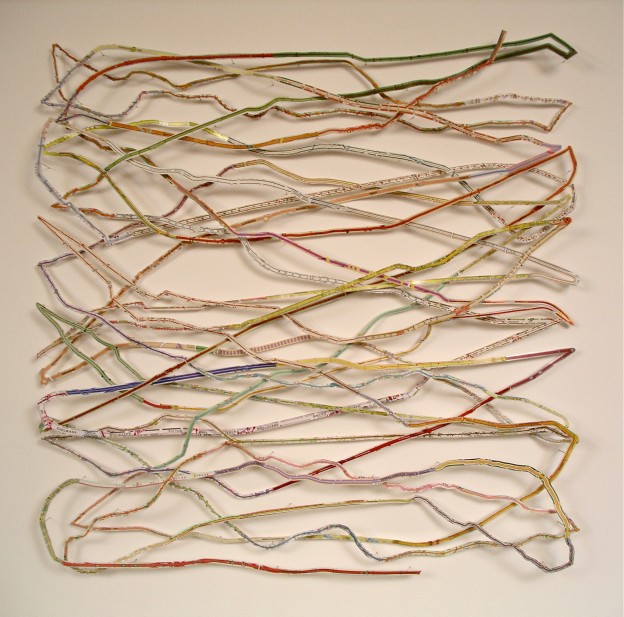 The way we imbue places with personal memories and special emotional and cultural significance is reflected in maps that have been fetishized through the hammering in of thousands of pins and nails. In this way complex, sophisticated diagrams become earthy and primal. 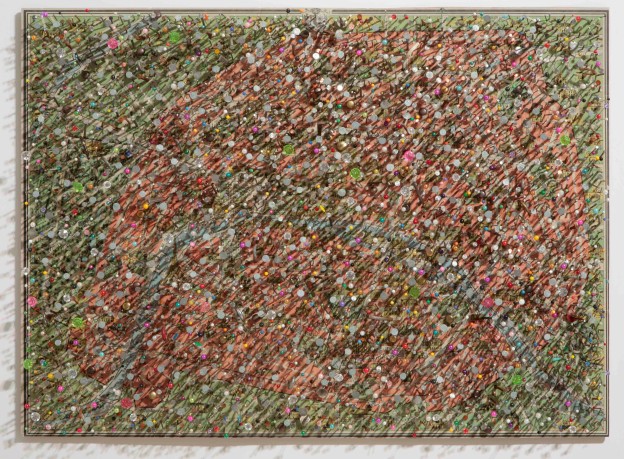 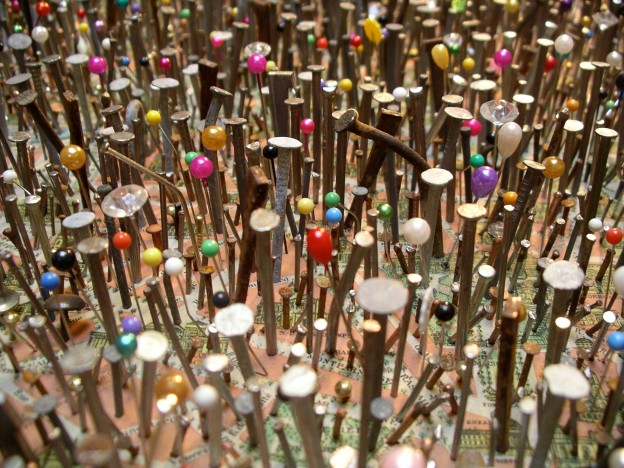 All images copyright and courtesy of Chris Kenny

Chris Kenny was born in London and studied art history at the Courtauld Institute. He has been exhibiting since 1985 in Europe and America and is collected internationally. www.chriskenny.co.uk View all posts with Chris Kenny →