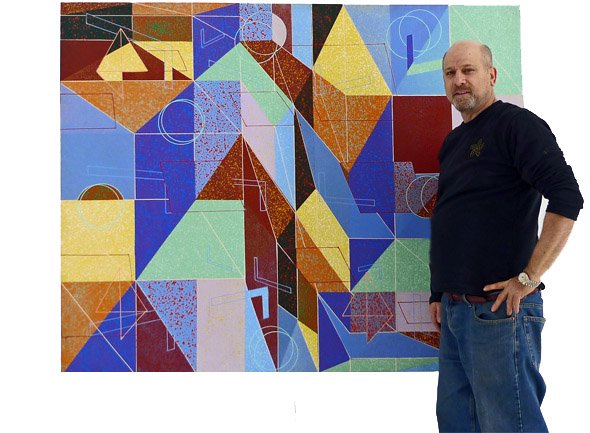 I am no longer inclined to write about what four-dimensional geometry is and how it has influenced early modern art. I’ve done that; it’s in print, and Linda Henderson has written reams about it. Four-dimensional geometry, in all its various costumes, has danced with just about every important artist of the last hundred years. These are historical facts; you can look them up. However, by extending my scope to writers and filmmakers, I can try to show how four-dimensional space is deeply imbedded in current works of art, something that has not been fully articulated. Through this four-dimensional art, we can see in a new way. We can lose the sense of being tied to a particular location and see in a more overall way.

In 1979 I saw a work of art that gave the viewer the sense of seeing from many locations at once when Sol LeWitt, Lucinda Child, and Philip Glass collaborated on a dance piece at the Brooklyn Academy of Music. Dancers appeared behind a scrim on which was projected a film of the same dancers doing the same dance. From many seats in the theater, the “real” and the “film” dancers overlapped exactly. Then the two sets of dancers diverged and recombined, like melodic lines in a fugue, which is the way I often describe the space in my painting. The film also cuts to views to the left and the right, in effect sliding me around the auditorium as it kept another part of my mind center stage. As a Minimalist, LeWitt missed some of the opportunities presented by this arrangement. I remember feeling at the time that most of these dislocations were slight. The scale relationships could have been reversed, so that the real dancers behind the scrim could have been seen larger and thus in front of the scrim. The camera could have rotated up to 90 degrees so that we saw the dance in floor plan at the same time we saw it frontally. He could have expanded the use of mirror reflection—the two groups of dancers split left to right—but true mirror reflection could have been used either in film processing or, now much more easily, in video. I think I remember that the camera took the point of view of one of the dancers for a while—that was daring: immobile in my seat, I was moved to be on the stage and in the dance, while at the same time I had a frontal view of the presidium stage.

Those were early days: among artists ambiguity was fighting with objecthood to be the contemporary aesthetic goal. In spite of all the complexity and multiplicity in the world around them, most artists remained true to the taste for Minimalism that was the establishment style. Fifteen years later, artists, writers, and filmmakers had a much more daring confrontation with the fourth dimension. 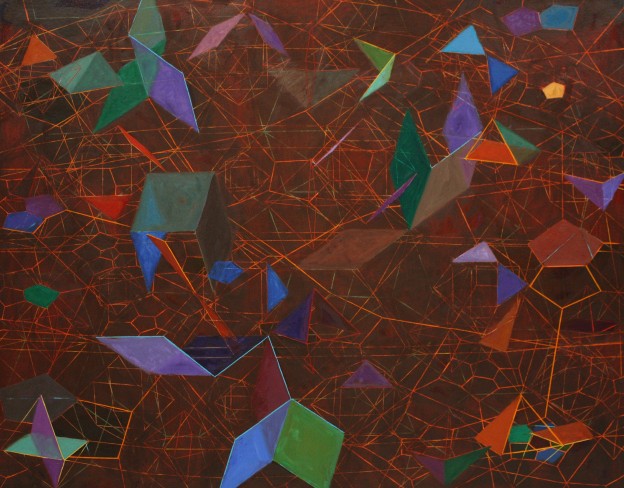