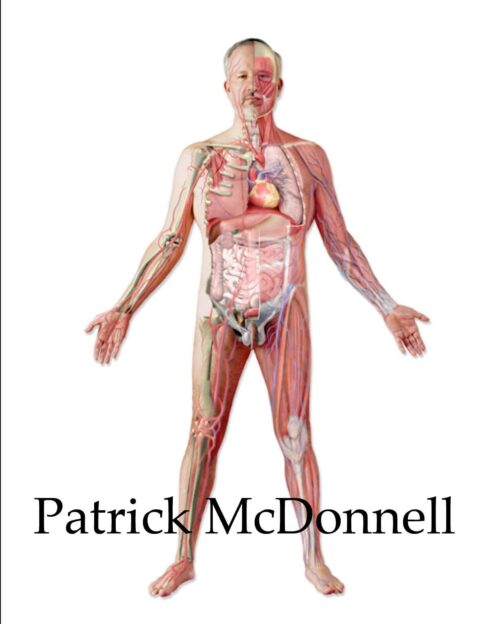 Richard Bright: When did you become interested in Medical Art?

Patrick McDonnell: It was when I saw Arthur Lidov illustrations for LIFE magazine • December 7, 1962. I must have been around 10 years old but I knew then that was what I wanted to do when I grew up, illustrations of the human body.

RB: What kind of training have you had?

PM: I was lucky because my parents put me into weekend art classes, with academic teachers in the 1960’s. Mr Hahn and Mr Wexler. I continued studying until I graduated from high school. I received a Hallmark cards scholarship to attend Ringling School of Art in Sarasota Florida, where I received great training. After completing my first year, and despite having a full scholarship, I decided to move to France and study at the Ecole des Beaux Arts in Paris. There I loved the course on Artistic Anatomy taught by a Surgeon. I was encouraged to study Medical Art by a student I met during the summer while drawing from dissections at a local medical school; he had studied Medical art before starting medical school.

After taking the prerequisite pre-medical courses I was admitted into the Dallas University of Texas Postgraduate school where I took almost 3 years of medical illustration training. I was hired by Balyor School of Medicine; while working I finished my master’s degree in medical illustration on Dec 18, 1981 (I remember because it was my birthday). 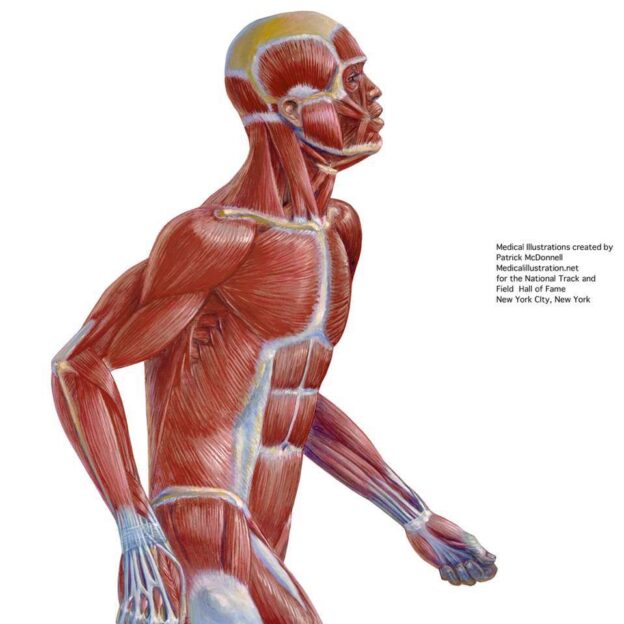 RB: Where have you worked?

PM: I interned during the summer at UCSF. My first job was at Baylor College of Medicine. Subsequent to visits to France, I was invited by medical editors and Medical doctors and surgeons like Professor Alain Carpentier (inventor of the Carpentier-Edwards heart valve and the first autonomous artificial heart). My business turned more towards medical publicity so I moved to Canada to pursue work in North America.

RB: What are your achievements you are most proud of?

PM: I was a founding member of the European Medical Illustrators association. Over the years I pioneered new techniques such as using plastic drafting film and computer graphics (Quantel Paintbox and Softimage 3D Software for animations). My work was exhibited in New York City. I have been a lecturer at different internal conferences. 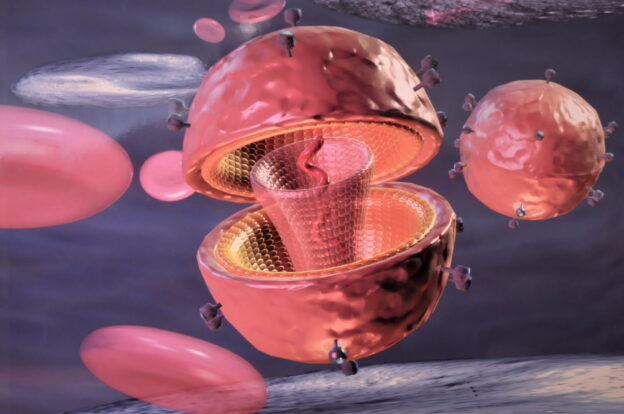 RB: Why is medical illustration important?

PM: The transfer of knowledge in medicine is paramount. Without it there would be no medical progress. In Laurie Garrett’s seminal book, the ‘Betrayal of Trust’, she brings up the fact that before antibiotics, diseases were on the dramatic decrease. She points to public health, but it is scientific knowledge that is the real culprit. Knowledge is power. One of the most important tools in the transfer of medical knowledge is medical illustration. An illustration can provide a huge amount of information that is easily understood and retained. A picture is truly worth a thousand words. 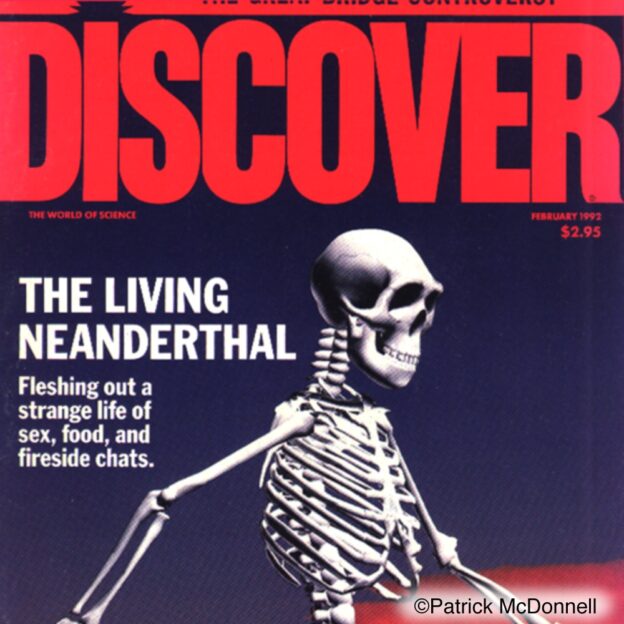 RB: What is most challenging about what you do?

PM: I am tempted to say everything. Every job is different, and the clients are different as well. An illustrator has to understand the problem that the client wants solved by the illustration. This requires questioning and ‘intelligent listening’. An eidetic memory helps. Once the illustrator grasps what the client would like he or she must find a way to solve the problem. This can take the form of a simple drawing to an elaborate full-blown colour illustration. Sounds simple but when I was working in a medical school, each client came from a different medical speciality, and I had to understand them all (or be a quick learner).

RB: What is most rewarding about your work?

PM: To make the client happy. To achieve a result which is simple yet elegant. And is effective. 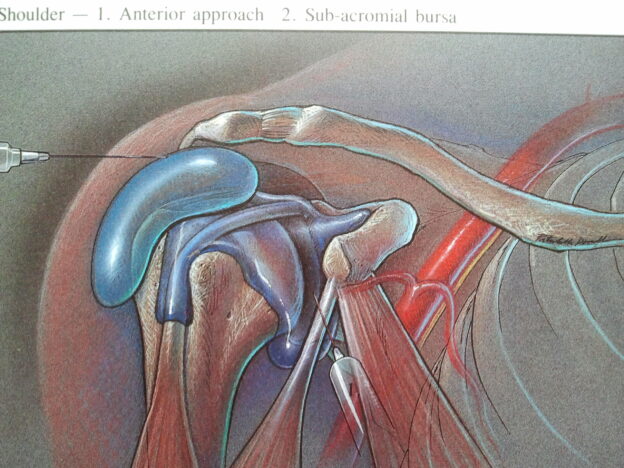 RB: What takes priority, the art or the science? Or is it a continual dialogue?

PM: Either one or neither one.  I think a medical illustrator has a fusion of the right brain and left brain (do they have a larger corpus coliseum?). Large parts of the human brain are devoted to visual knowledge. Medical illustrators are visual communicators and they understand what other people see and can understand. 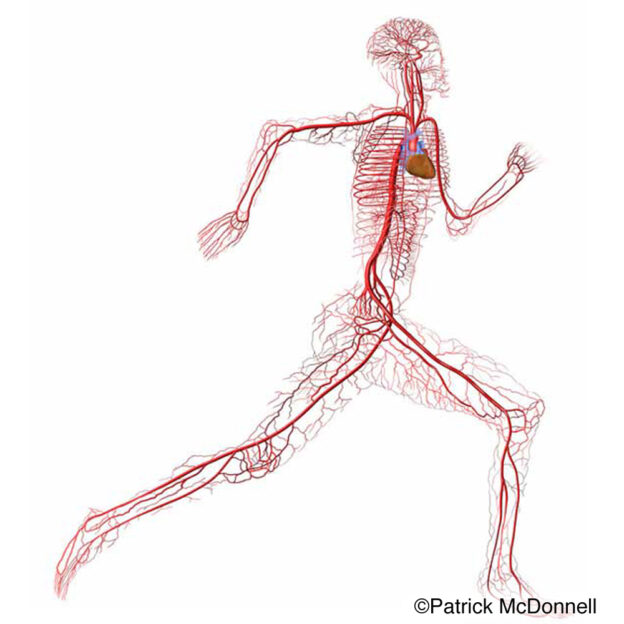 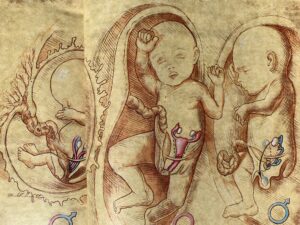 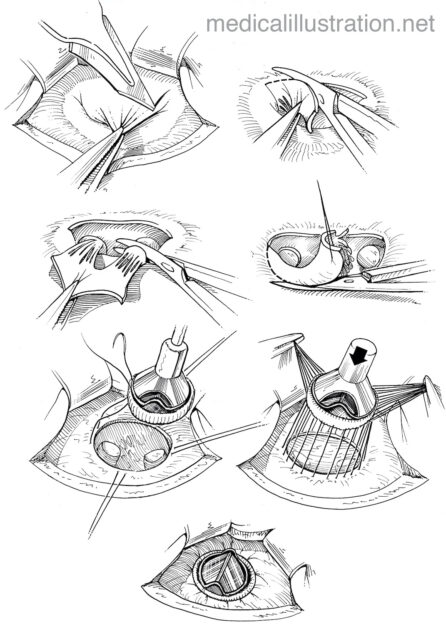 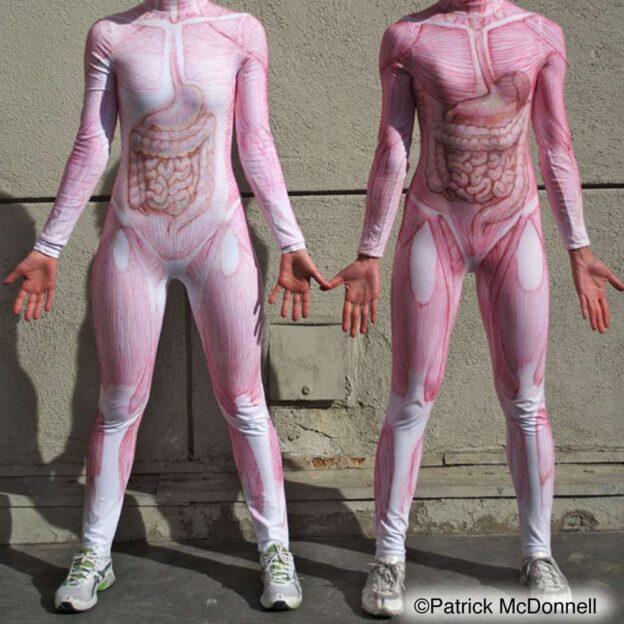 RB: What future projects are you working on?

PM: Fortunately, I am retired and have returned to my first love – fine art. I am now working on a project that involves paintings based on one model who posed for me during the COVID 19 quarantine. 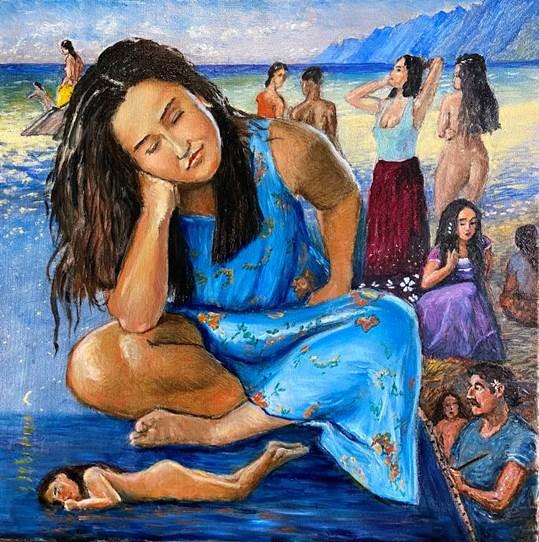 The Dream of Gauguin

Patrick McDonnell has a Master of Arts degree from the University of Texas Southwestern Medical Center's graduate school of Biomedical Communications (Medical Illustration). Master's thesis: Introduction to Holography for the Medical Communicator. After working as a staff medical illustrator at Baylor College of Medicine in Houston he built a successful international freelance business in Paris and Montreal. Always on the cutting edge, he uses new illustration techniques from plastic drafting film to computer graphics. Consultant for Quantel Paintbox 2D computer graphics. Created 3D images with Softimage and virtual reality with Apple Quicktime VR. Founding member of European Medical Illustration Association. For over 20 years he was a member of the Association of Medical Illustrators, during which time he won various awards in the AMI salons. Award of Excellence for Medical Book. 1st, 2nd and honorable mention for medical computer graphics. Honorable mentions for continuous tone and projection art Exhibited work at the New York Society of Illustrators Museum of American Illustration in "The Art of Medicine Exhibition", Bolognia Children's fair, in various medical art shows in France, England, Belgium and Italy. He has given presentations at AMI, AEIMS, and MAA conferences. Illustrated numerous scientific and surgical articles, books and atlases. View all posts with Patrick McDonnell →