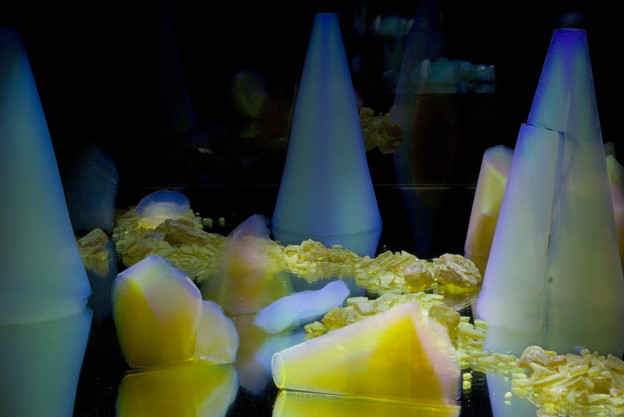 Richard Bright: Your work over the years has been varied and taken many forms, but there are common threads that run through the work. In an interview, you once stated that you chose to see the world in terms of light and energy, and that your work is a constant dialogue between opposites. You’ve also used the terms ‘matter’ and ‘energy’ a lot when describing your work. In classical physics, matter is always seen as something that existed in space, and energy was something that acted on matter, but now that’s changed where matter and energy take the same form; mass contains energy. How does this modern understanding reflect in your work?

Liliane Lijn: I think of light as interacting with matter, so matter and light could be thought of as interchangeable. Anything that travels at the speed of light is ‘light’ according to David Bohm’s theory but then, he also writes that, when light slows down, moving at velocities lower than the speed of light, it transforms into matter. He explained it as reflecting back and forth, slowing into matter.

I’m not a scientist. I’m an artist, but I’ve always been fascinated by the relationship between light and matter. I’m not only interested in this conceptually. Ideas and concepts are important, however, I am interested in concept embodied in form, in structure, in phenomena; phenomena that we can either see, hear, touch or feel.

I would add that an equally important area of my work has been looking at the feminine. Since I belong to a generation of women artists, who began their careers at a time of great prejudice, when it was considered that women could not be great artists. Before I was 20, I was also attracted to Eastern philosophy and, in particular, Buddhism. In fact, I was interested in philosophy in general.  All the philosophers I read seemed to be stating that woman was not spirit, woman was matter. Spirit was always associated with light, and light was male. Female was matter. If you like, heaven and earth, the Chinese way of saying ‘yin and yang’ or rather ‘yang yin’! So, these things were, in a sense, the seeds that began my work, my research, my experiments in art and led me towards working with light, as a way of looking at its relationship to the feminine. 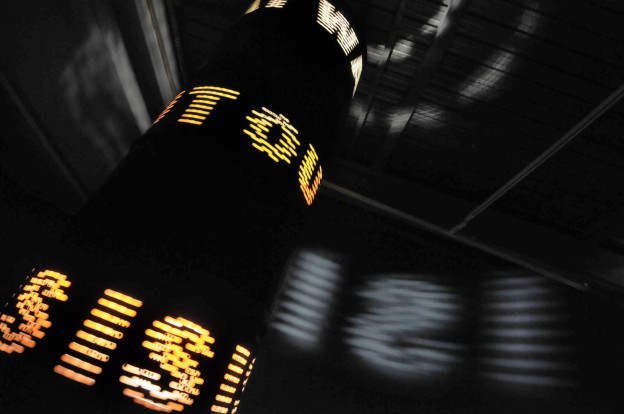 Way Out is Way In Poemdrum

RB: Your early kinetic work obviously drew a lot from the science of kinetics and also your interest in the way science was a male dominated world.

LL: Science was a male dominated area, definitely, but it was also a world of pure thought. I naturally gravitated towards observation and thinking about what I saw and that is a similar approach to scientific research. So, in a sense, that was why science interested me, because the way I made work was through experimentation, observing and thinking about what I made.

RB: You also described once that you see the world through touch, through hearing, through all senses, as well as observing.

LL: Yes, what I said was that I see with my skin. I suppose I really wanted to say that I thought it was important to be sensitive on all levels, to really feel things in every possible way. Cross- sensorial perception has always been and is still extremely important to me.

Liliane Lijn is an internationally renowned artist who was the first woman artist to work with kinetic text (Poem Machines), exploring both light and text as early as 1962. Utilising highly original combinations of industrial materials and artistic processes, she is recognised for pioneering the interaction of art, science, technology, eastern philosophy and female mythology. http://www.lilianelijn.com/ View all posts with Liliane Lijn →