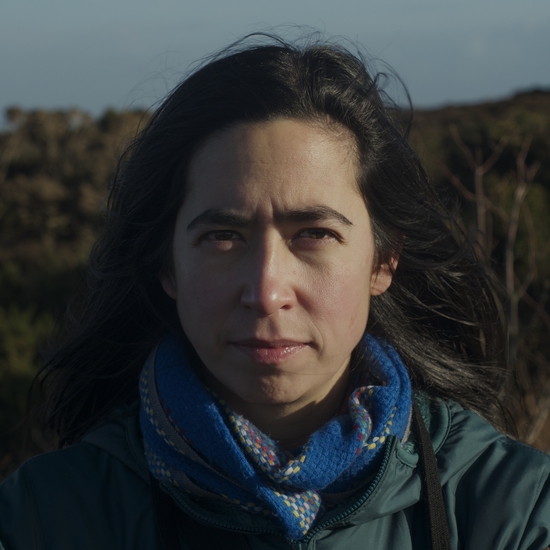 Chu-Li Shewring: I mainly work with sound in a collaborative way with other artists and filmmakers, so my work tends to be locked with an image and therefore the image is usually the starting point. I always enjoy the completely new meanings or experiences sound brings to a visual piece creating that exciting place between what we see and hear. Working with sound purely has been a newer experience, time somehow seems more elastic when your eyes aren’t fixated.

C-LS: Generally speaking my work tends to tap into my subconscious so I don’t always know why I do something. It is usually after the act of putting it down or making a composition that I will then react to it. Then comes the process of finer sculpting with details, frequencies, textures, consciously using sounds inspired from my own memories happens.

RB: Can you say something about your Deconstructing Patterns commission and what it involves?

C-LS: When speaking to the scientists at the Crick about finding patterns within the genome, there was a recurrence of the idea of filtering through noise in sequences to gain some kind of clarity through the right questions and experiments. Noise has different meanings in terms of experimental data or audible sound, but they both have the common ground which is when we begin to perceive something, be it a pattern in data, or something we recognise in the world through our ears or create a specific feeling within us (for example a certain type of drone may inspire a dread). Noise too has emotive effects which I also wanted to give the piece, it can be unpleasant, soothing, hypnotic, ambiguous. Through the noise there is also the opportunity for the audience to start tuning in, be it to the specific minuscule rhythms in the cacophany of a jungle or following a train of thought among interwoven voices of the scientists themselves. There is also a bit of a game of trying to pin down sounds that on first hearing are ‘noisy’ but something about them makes us recognise or just experience it a certain way: a beehive, rain, sea, wind, or the data sent from the now extinct Cassini from Saturn turned into a haunting sound for us to perceive anew.

The second part of the piece was working specifically with Sarah Howe’s poem and here the quadrophonic layout of the speakers and the sound mix was really key to Sarah’s intended form of the poem. The beginning and end letters of each line was A, G, C or T, and this string was supplied by Greg Elgar from an actual sequence he had worked on. I tried to create a three-dimensional rendition of the poem by mapping each letter to a specific speaker so her voice moves around according to the beginning and end letter of each line. The three-dimensional and dynamic qualities of DNA was something I was keen to express through the piece , and also its directionality. Simultaneously we hear the forward and the reverse of each line which starts to have a strange palindromic effect. Again through extended listening, the audience may start to tune in and perceive a pattern through the movement of sound, or start to sway between a recognisable and alien tongue or perhaps even hear something new.

RB: What have you personally learnt from working in this collaboration and has this approach thrown up any surprises for you in regards to your previously held beliefs or intuitions?

C-LS: I learned a lot more about DNA where I really had a very basic understanding of genetics before. It still is very basic but slightly less so! I am beginning to understand the very nuts and bolts whereas before the concept of genes was really quite abstract, just something you pass on. I was aware of a code but not its intricacies with messengers, transcription factors and especially its movement within the supercoiling of the double helix. This aspect I found fascinating and the idea of trying to see DNA frozen in time and space, and how the very act of trying to observe this is so fragile. The scale and possibilities are mind blowing.

RB: Philosophically there is a debate about pattern as an external phenomenon to be discerned in the world against the idea that humans impose pattern on experience in order to make sense of it. What are your thoughts on this debate?

C-LS: I think there is always going to be this struggle with ourselves as humans to want to perceive and make sense of things but I am sure this serves as both an advantage and a disadvantage. I certainly don’t think it is something that should put us off. Could it be that our brains are wired to perceive things in a limited number of ways and therefore we may never fully understand the genome? Theoretically, if another intelligent species were to study the genome, might different things be discovered due to a different way of thinking? Computational analysis is becoming more and more powerful and they are not just extensions of ourselves but outside of ourselves so it may be the debate will become redundant in time, who knows?

RB: Are there any particular problems that have arisen when you have created artwork in laboratory/science settings?

C-LS: There is always the danger of getting so overwhelmed by the science you lose sight of the art so as the artist there is always that struggle of striking a balance during the research for a project. I sometimes thought when talking to scientists that my brain content and activity was so far away from theirs, what were we to expect from each other? That tension is exciting though, if it was straightforward it wouldn’t be as much of a challenge and therefore less potentially interesting.

C-LS: I think it is important that the two fields (traditionally thought of as opposing) are brought together as I think at the root they are not so different. There is a yearning in both to discover, create and experience and there is always one foot in the unknown that drives them both along – that is a beautiful thing that should be explored.

Chu-Li Shewring works as a filmmaker and sound designer. She co‐directed her last project, Working to Beat the Devil with Adam Gutch, featuring her father as an ageing scientist, troubled and confused by remembrances from his past, whilst a creature journeys unceasingly to find its creator. Recent collaborations include work with artists and filmmakers, Ben Rivers, Jeremy Deller, Patrick Keiller, and the Chapman Brothers. She is also a visiting tutor at the National Film and Television School’s sound department, where she herself graduated from in 2007. Before this, she worked as a medical videographer in Charing Cross Hospital where she developed her interest in experimental filmmaking. Finding herself led by sound in the filmmaking process, she embarked on a degree in Sound Art at the London College of Communication. She sees this balance of sound work and filmmaking as a healthy partnership, each one always informing the other. The specially commissioned sound design for All This Can Happen sits comfortably within the archive footage through a juxtaposition of narration and the use of old songs, found sounds and manipulated sounds. The soundtrack seeks to co-exist in the bygone world of the archival images, whilst simultaneously creating a sense of the present through the tangible and immediate experiences of the walker. View all posts with Chu-Li Shewring →