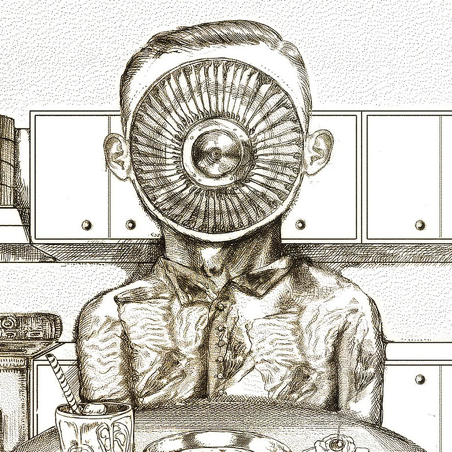 The way technology has immersed in our lives has changed us.

Alex does not know, however, whether it is to the detriment of the way we connect with each other.

In his film, there is a resistance to technology, but gradually it infiltrates the house in the form of banal devices and then exercises subliminal domination until these appliances become extensions of the body.

Turbine (Trailer) from NFB/marketing on Vimeo.

TURBINE is set in the 1940s when technology enters the domestic space with the help of the first domestic appliances. History presents the turbine as a symbol of modernism and technological veneration that has redefined us. Smartphones, watches and other gadgets are shamelessly invading our everyday world and make us, some might say, lose face. However, Instead of focusing on contemporary elements like smartphones and the Internet, Alex wanted to go back in time to look at how modern warfare spawned these technologies.

The origins of Turbine, curiously, do not come from personal experience, but from a dream. Alex dreamed of a big field and a man from the back. Approaching enough to see him in profile, he noticed that his face was flat. When Alex found himself in front of him and saw a turbine in his hollow face, from which drooled a kind of saliva/engine oil. The man told Alex to come near so he could whisper in his ear. He grasped everything in his mechanical, steady voice. Once awake, Alex realized that it was just the white noise of the air conditioner in his bedroom that had been deciphered into clear and thick sentences in his restful sleep. 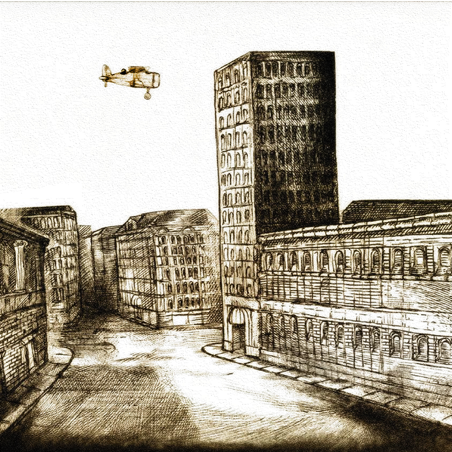 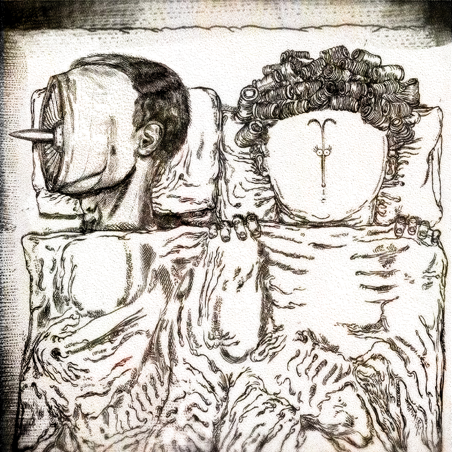 Alex was a medical illustrator for McGill University in Montreal. He liked it because he was in the body that way. The task of producing opaque physical representations of “matters of the soul”, such as the love uniting the couple in TURBINE, led to the creation of the series of soberly-lit images that make up the film. Problems are described and solved as surgical procedures on the body. So Alex used a style that approaches copper engraving techniques, reminiscent of the encyclopedically neutral goal of Denis Diderot. That’s what he calls medical expressionism. 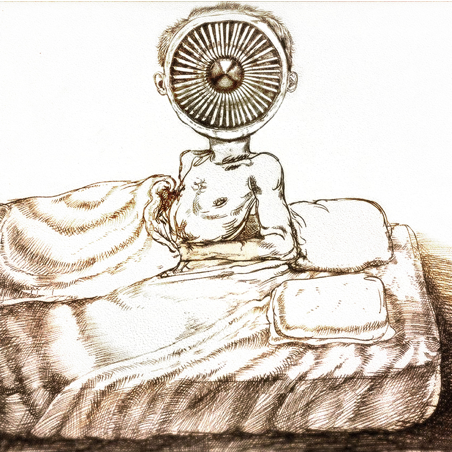 The short film offers the possibility of being explosive. We are not overwhelmed by the duration. Alex’s creative freedom is largely due to the National Film Board of Canada (NFB), one of the world’s largest short film laboratories, where the art of exploration and freedom of expression is exercised.

It is important to know that his family immigrated to Quebec from Bulgaria when Alex was two years old. TURBINE shows two universes at odds: his native land – Alex was inspired by the letters, objects and old photos repatriated from the time just before his birth – and his typical North American childhood in which the main experience of ‘war’ comes down to battles with Star Wars action figures. 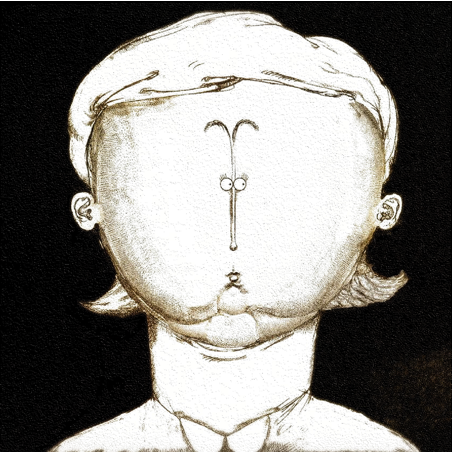 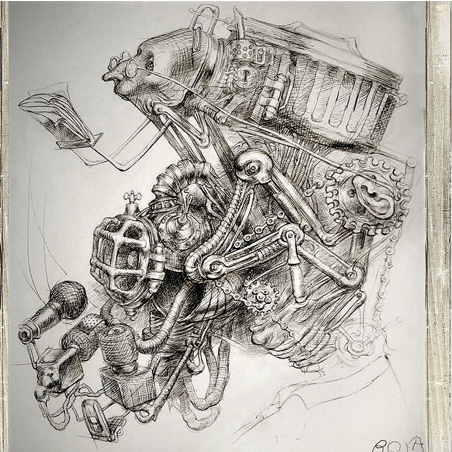 All images copyright and courtesy of Alex Boya