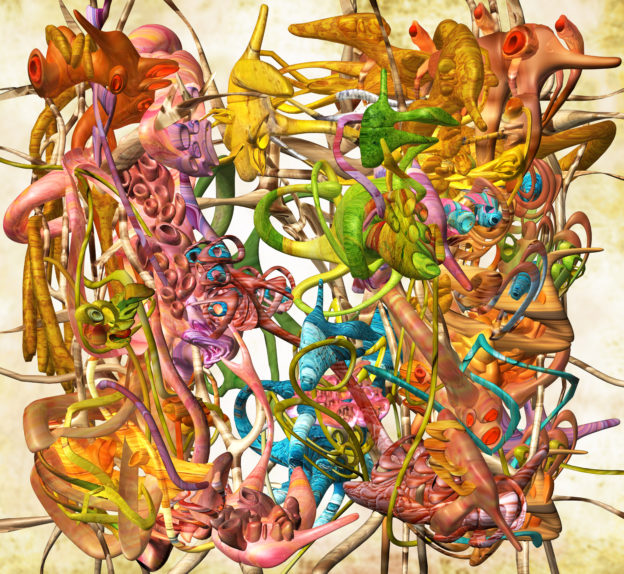 Speculation regarding global-scale catastrophe has heightened exponentially in this current age of socio-economic pandemonium and the algorithmic governance that has seen the dissolution of previously dominant socio-cultural value systems built on Taylor’s scientific management of the capitalist society.

While the transhumanism of crypto cloudminds, recent advances in synthetic biotechnology, and the politics of biometric surveillance are taken into consideration when crafting measures to counteract techno-economic disruption, the complex urban apparatus demands innovative reconfiguration to address the spatial dynamics of rapid and unregulated urban growth.

The speculative visualization approach reflects the acceleration of the human-influenced geological epoch and eventually fosters critical thinking in relation to the underlying agendas of the increasingly dominant anthropocentric biophysical processes and subsequent dystopia. 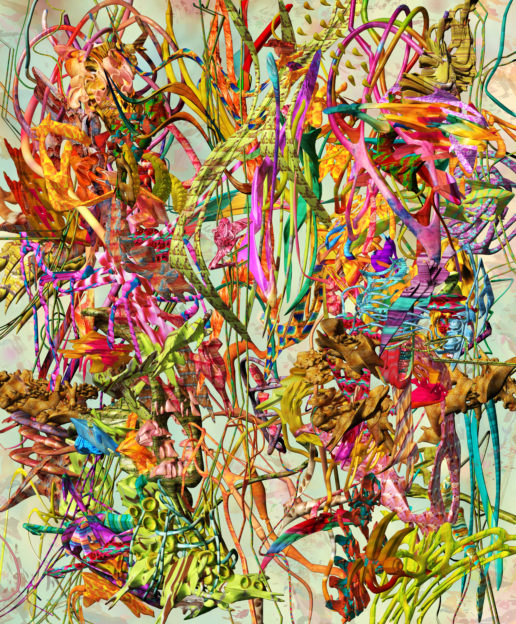 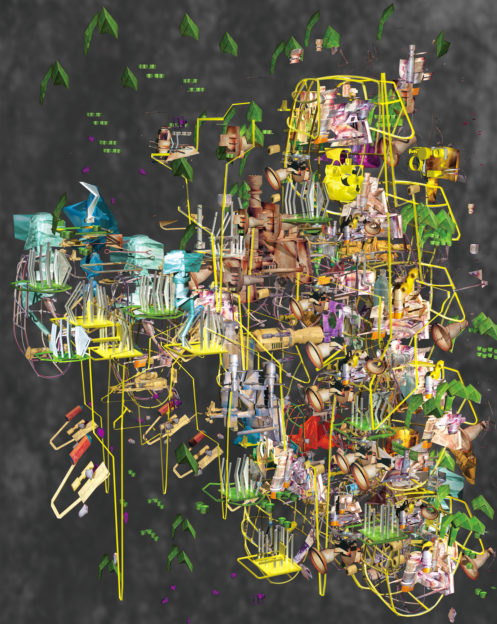 All the layers of lines, forms, and colors merge to create a holistic vision whereby the morpho-semantic representations of prototyping to post-processing in the substructure of state machine are exposed through symptomatic reading. In the meantime, each layer of accumulated images represents a post-human agency of epistemological perceptions in sociological imaginaries. These multimodal visual narratives are employed to document and assimilate the urban metamorphosis to maximum effect in a syntactic context. The cluster-oriented genetic algorithm optimizes the subtle movement of each phase-shifted layer to enact and improvise the ever-evolving ethereal visions of epistemological reflection. 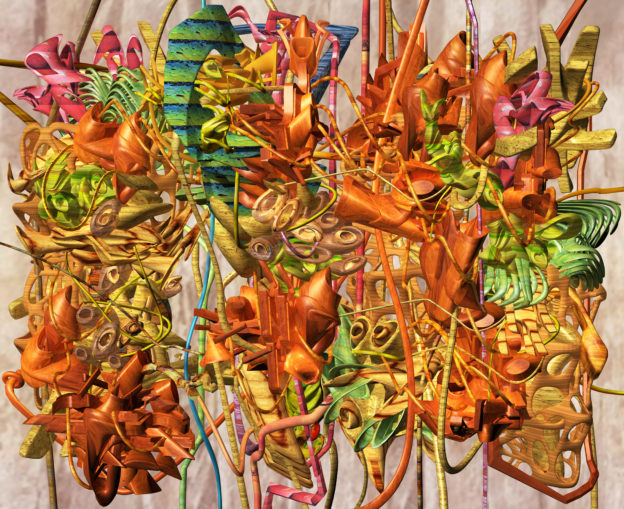 As it relates to the imaginaries of transhuman urbanism, the optimum design of cities is determined through the flow, exchange, and interbreeding of organic and non-organic beings in place of nested binary zoning codes. These hybrid sentient entities interact through neurobiological means, embracing the biosynthetic technologies of symbiotic and autonomous multi-agent system.

They have the capacity to self-organize during assembly and optimize themselves as the multiplicity of biocomputing intelligence based on environmentally responsive particle morphology. Furthermore, the inter-communal dynamic and accelerated interdependency between living, non-living, and hybrid agents facilitate the sustainable development of the urban assemblage. 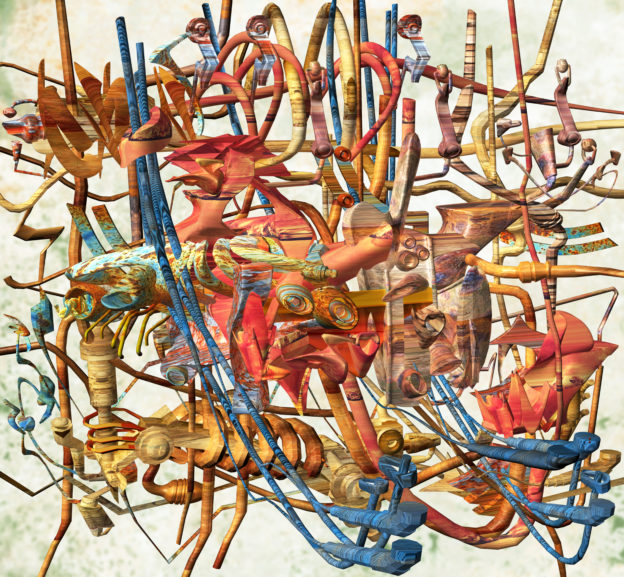 While allowing for multiple possible scenarios of ecological configurations, the collective intelligence of the post-anthropocene is prototyped and planetary-scale networks are hypothetically formulated at  molecular level. Consequently, the dynamic interplay between the biomorphic protocols of advanced hybrid technologies and existing obsolete infrastructures is considered to be the catalyst behind establishing the conjectural approach towards visionary urban cosmologies. 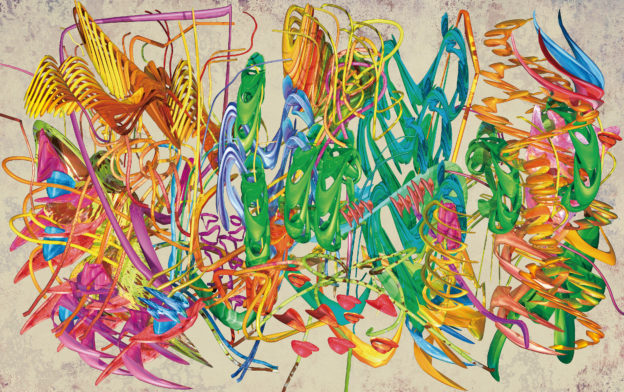 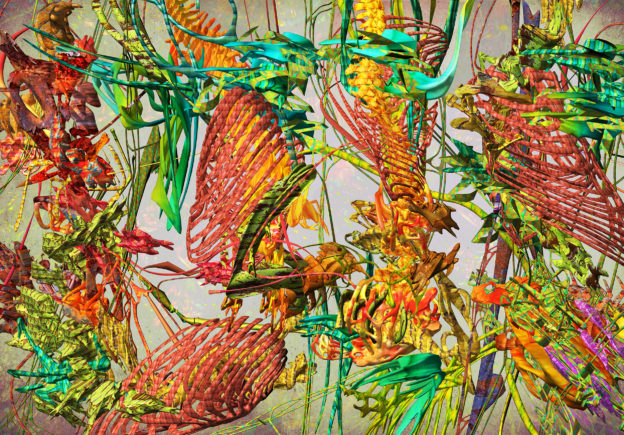 Matsumoto’s work reflects the morphological transformations of our ever-evolving urban and ecological milieus, which could be attributed to a multitude of spatio-temporal phenomena influenced by social, economic, and cultural factors. These works are created as visual commentaries on speculative changes in notions of societies, cultures, and ecosystems in the transient nature of constantly shifting topography and geology.

The varying scale, juxtaposition of biomorphic forms, intertwined textures, oblique projections, and visual metamorphoses are employed as multi-layered drawing methodologies to question and investigate the ubiquitous nature of urban meta-morphology, emerging realities of post-human dystopia, and their visual representation in the context of non-Euclidean configuration. The application of these techniques allows the work to transcend the boundaries between analog and digital media as well as between two- and multi-dimensional domains.

Matsumoto’s process-oriented compositional techniques imbue the work with what we see as the very essence of our socio-cultural environments, beyond the conventional protocols of architectural and artistic formalities; they conjure up the synthetic possibilities within which the spatial and temporal variations of existing spatial semiotics emerge as the potential products of alchemical procedures. 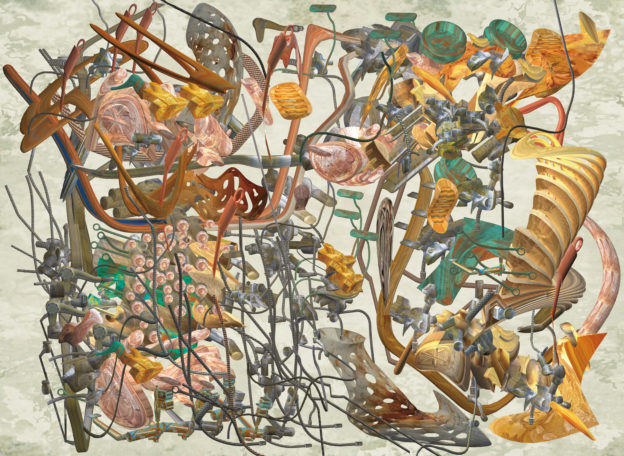 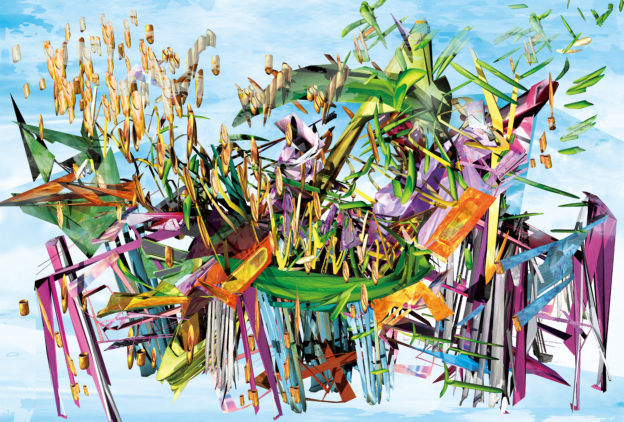 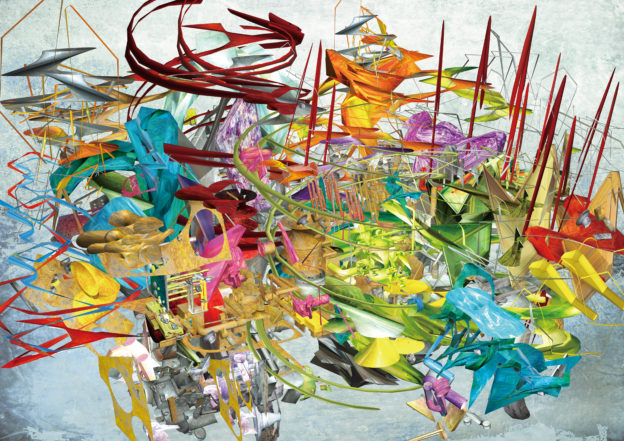 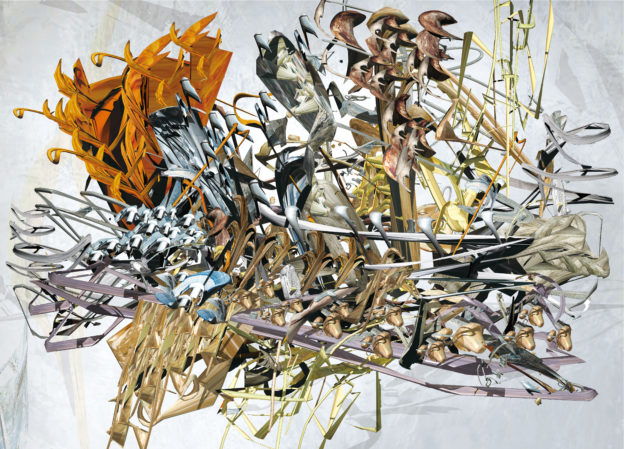 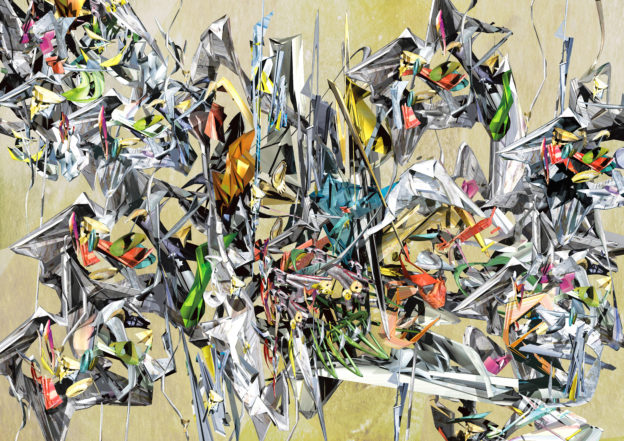 All images copyright and courtesy of Ryota Matsumoto

Ryota Matsumoto is a co-director of an award-winning interdisciplinary design office, Ryota Matsumoto Studio. He is an artist, designer and urban planner. Born in Tokyo, he was raised in Hong Kong and Japan. He received a Master of Architecture degree from University of Pennsylvania in 2007 after his studies at Architectural Association in London and Mackintosh School of Architecture, Glasgow School of Art in early 90’s. Matsumoto has previously collaborated with a cofounder of the Metabolist Movement, Kisho Kurokawa, and with Arata Isozaki, Cesar Pelli, Peter Christopherson, MIT Media Lab and Nihon Sekkei Inc. He has taught architecture and interdisciplinary design strategy as a lecturer and visiting critic in the United States, Europe and Japan. His current interest gravitates around the embodiment of cultural possibilities in art, ecology, and urban topography. http://www.ryotamatsumoto.com/ View all posts with Ryota Matsumoto →