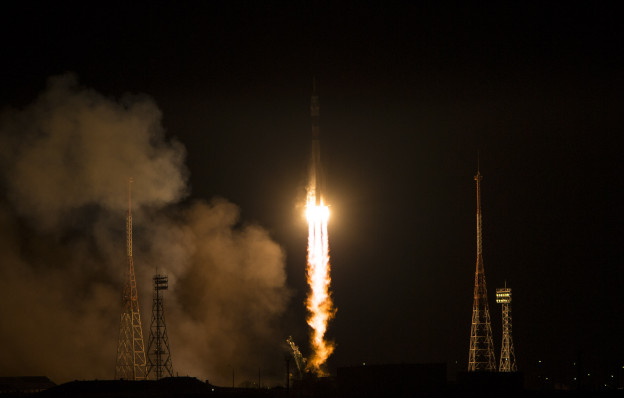 In Wigner’s friends we create a universal show of all art ever in outer space .

Two miniature telescopes, shaped like the simplest version of a telescope, such as a plastic sliding toy, will be launched into outer space.

The project, which refers to the various interpretations of quantum theory, is a collaboration with/ ESA/ NASA and the Italian astronaut Samantha Cristoforetti has taken one of the telescopes we are going to launch for this purpose up to space on mission Expedition 42/43  on Nov. 23rd, 2014 on a Soyuz 41 rocket, launched from the Baikonur Cosmodrome in Kazakhstan. 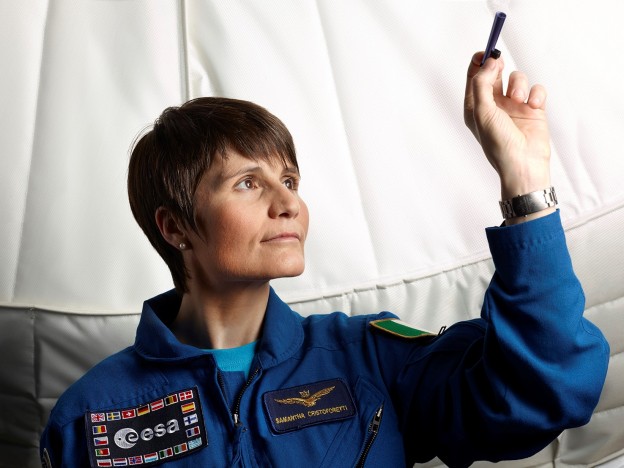 Samantha Cristoforetti has taken one of the 2 telescopes to outer space, each carrying a CCD chip to create a show of all art ever in outer space by using quantum correlations.

Each telescope carries a CCD chip that will be hit by radiation from distant stars and galaxies. According to one of the various interpretations of the theory of quantum mechanics, this radiation simultaneously generates all possible patterns on the pixels of each chip, creating a universal show consisting of all possible works of art at once.

The CCD array converts the photons in the light that enters the telescope into a string of electrical signals. The light comes from the universe — galaxies, stars, planets.

When the two telescopes image the same star, each photon from the star enters both telescopes at once in a quantum fashion. This induces quantum correlations between the telescopes creating a state of superposition of all configurations simultaneously.The chip encapsulated in the telescope has 5,000,000 pixels. In the described state at least 2^40000000 different configurations are created. This is more than the number of particles in the observable universe and larger than all the possible artworks that have been created to date.

To a certain extent the project refers to a famous novel by the Argentinian writer Jorge Luis Borges, ‘The Library of Babel’. Besides the content of the story, describing the search for the origin of the universe, the art-project establishes similarities to the formatting principle applied to the stored books, as described in the novel.Rather than single and individual features of appearance and content, the books are described and defined by the way they are formatted. This forms an equivalent to the pictures in the universal art-show.

Wigner’s friends focuses on how the subatomic world would couple to our macroscopic everyday world and how our concept of reality is built. The set of concepts in quantum theory regarding time, space, information transmission and ‘reality’  seems to put our evidence of reality into the context of the illusionary state of the people inside ‘Plato’s cave’. In this allegory about human perception, Plato claims that knowledge gained through the senses is no more than opinion.

On earth a series of art pieces is planned to be shown in the course of time which refer to the show in space, amongst them a masterpiece of art that stands for art itself, dealing with the edges of its elements, such as Malevich’s Black Square presented  as a  ‘collapsed’ picture from the show in the universe.

In reference to the original painting, varied colored squares are generated  in the size of the original black square from the amplified string of bits that are present on the chips when they are hit by the photons simultaneously, so the observer can participate by a mailed download from a possible state of  the show in space.

The download installation is placed on the top of a 2 room filling staircase installation ‘Scala Regia’, which refers to a particular interpretation in quantum mechanics.

Other pieces use concepts in quantum mechanics such as painting with spooky action, entangled, undetected photons, photons that never touched the photographed object.

The project deals with the very nature of science as an intertwined matrix of scientific knowledge and myth as ‘an everincreasing ocean of mutually incompatible or even incommensurable alternatives’.

The interesting question is whether the accumulation of knowledge and read-outs in increasingly  sophisticated and complex systems would ever lead to a final and ultimate “Eureka” ?

Although  science and art differ with regard to method, to the use of  their means and to the idea of the aim, they seem to be interrelated in some respect in their nature of depicting / describing an unknown reality in a potentially endless process of representation.

Wigner’s friends consists of 2 interconnected parts:-One telescope has been launched on 23rd November 2014 via the International Space Station by the Italian astronaut Samantha Cristoforetti, the second one is planned to be launched attached to the James Webb Telescope on its mission to deep outer space in 2018.

When launched into space, the two telescopes will continue to generate quantum correlations by the mere act of observing the cosmos. Though launched at different periods in time and separated by enormous distances, the 2 telescopes will be connected by a very small amount of quantum correlation, an instant way of communication, which Einstein called ‘spooky action at a distance’.

in collaboration with Seth Lloyd , MIT,

For additional support with many thanks to Dirk Englund, MIT , Catherine Lee, MIT,  Frank Vacanti, Charles Vacanti, Harvard, Jim Webber and The Department of Anesthesia of the Brigham and Women’s Hospital

The crossover between science and art is the main focus in my art work, displayed with different media such as living / biological material as well as photography and installations. Current projects include close cooperation with scientists in the fields of biology, human and plant genetics, tissue engineering and other areas of scientific research. On bio-art projects I work, amongst others, with living objects, cells, genetic material, and various forms of intervention. The projects are related to different areas of research and involve work with various scientific tools, methods and concepts. View all posts with Diemut Strebe →