“Metaphorical thinking … is essential to how we communicate, learn, discover, and invent.” 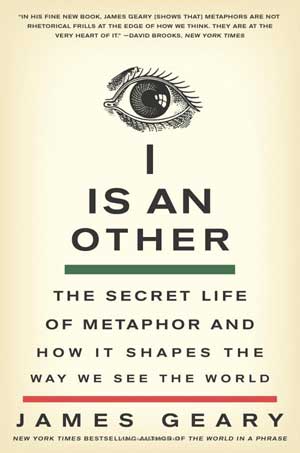 “Children help us to mediate between the ideal and the real,” MoMA’s Juliet Kinchin wrote in her fascinating design history of childhood. Indeed, children have a penchant for disarming clarityand experience reality in ways profoundly different from adults, in the process illuminating the workings of our own minds. But among the most curious of these mediations of reality is children’s understanding of abstraction in language, which is precisely what James Geary explores in a chapter of his altogether enthralling I Is an Other: The Secret Life of Metaphor and How It Shapes the Way We See the World (public library).

But first, Geary examines the all-permeating power of metaphor:

Metaphor is most familiar as the literary device through which we describe one thing in terms of another, as when the author of the Old Testament Song of Songs describes a lover’s navel as “a round goblet never lacking mixed wine” or when the medieval Muslim rhetorician Abdalqahir Al-Jurjani pines, “The gazelle has stolen its eyes from my beloved.”

Yet metaphor is much, much more than this. Metaphor is not just confined to art and literature but is at work in all fields of human endeavor, from economics and advertising, to politics and business, to science and psychology. … There is no aspect of our experience not molded in some way by metaphor’s almost imperceptible touch. Once you twig to metaphor’s modus operandi, you’ll find its fingerprints on absolutely everything.

Metaphorical thinking — our instinct not just for describing but for comprehending one thing in terms of another, for equating I with an other — shapes our view of the world, and is essential to how we communicate, learn, discover, and invent.

Metaphor is a way of thought long before it is a way with words.

Children, it turns out, are on the one hand skilled and intuitive weavers of original metaphors and, on the other, utterly (and, often, humorously) stumped by common adult metaphors, revealing that metaphor is both evolutionarily rooted and culturally constructed. Citing a primatologist’s study of a bonobo, humans’ closest living relative, who was able to construct simple metaphors after learning to use symbols and a keyboard, Geary traces the developmental evolution of children’s natural metaphor-making ability:

Children share with bonobos an instinctive metaphor-making ability. … Most early childhood metaphors are simple noun-noun substitutions… These metaphors tend to emerge first during pretend play, when children are between the ages of twelve and twenty-four months. As psychologist Alan Leslie proposed in his theory of mind, children at this age start to create metarepresentations through which they imaginatively manipulate both the objects around them and their ideas about those objects. At this stage, metaphor is, literally, child’s play. During pretend play, children effortlessly describe objects as other objects and then use them as such. A comb becomes a centipede; cornflakes become freckles; a crust of bread becomes a curb.

Children’s natural gift for rich and vivid metaphors, Geary argues, is propelled by the same driving force of our own adult creativity, pattern-recognition. Because kids’ pattern-recognition circuits aren’t yet stifled by narrow conventions of thinking and classification, they are able to produce a cornucopia of metaphorical expressions — but only few of them actually make sense. The reason is that successful metaphors hang on perceptual similarities, and in the best of them these similarities are more abstract than literal, but children are only able to comprehend the more obvious similarities as their developmental psychology evolves toward abstraction. Geary cites an illustrative study: 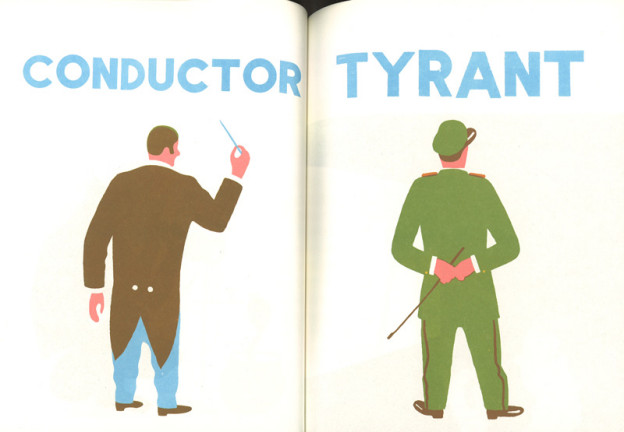 Another study, conducted by legendary social psychologist Solomon Asch and his collaborator Harriet Nerlove in the 1960s, demonstrated a different facet of the same phenomenon by testing children’s comprehension of so-called “double function terms,” such as “warm,” “cold,” “bitter,” and “sweet,” which in their literal sense refer to physical sensations, but in the abstract can describe human temperament and personality:

To trace the development of double function terms in children, Asch and Nerlove presented groups of kids with a collection of different objects — ice water, sugar cubes, powder puffs — and asked them to identify the ones that were cold, sweet, or soft. This, of course, they were easily able to do.

Asch and Nerlove observed that only between the ages of seven and ten did children begin to understand the psychological meanings of these descriptions. Some seven- and eight-year-olds said that hard people are tough, bright people are cheerful, and crooked people do bad things. But only some of the eleven- and twelve-year-olds were able to actually describe the metaphorical link between the physical condition and the psychological state. Some nine- and ten-year-olds, for instance, were able to explain that both the sun and bright people “beamed.” Children’s metaphorical competence, it seems, is limited to basic perceptual metaphors, at least until early adolescence.

Younger children’s inability to understand how a physical state could be mapped onto a psychological one, Geary argues, has to do with kids’ lack of life experience in observing how physical circumstances — like, say, poverty or violence — can impact a person’s character, which, as we know, is constantly evolving and responsive to life:

Children have trouble understanding more sophisticated metaphors because they have not yet had the life experiences needed to acquire the relevant cache of associated commonplaces.

What this tells us is that while the hardware for making metaphors may be in-born, the software is earned and learned through living. This learning, Geary explains by pointing to cognitive scientist Dedre Gentner’s work, takes place in stages marked by a “sliding scale of increasingly complex similes:”

Gentner found that youngsters in all age groups had no problem comprehending the attributional similes. But only the older kids understood the relational and double similes. In subsequent research, Gentner has found that giving young children additional context enhances their ability to pick up on the kind of relational comparisons characteristic of more complex metaphors. 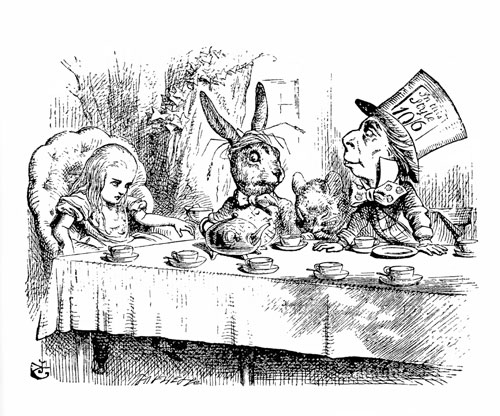 Some of history’s most celebrated children’s books, like Alice’s Adventures in Wonderland, are woven of metaphors exploring life’s complexities. Click for more.

Thus, as children’s cognition develops and their understanding of the world evolves, their metaphorical range becomes more expansive — something equally true of us grown-ups, as Geary reminds us:

Any metaphor is comprehensible only to the extent that the domains from which it is drawn are familiar.

But this is where it gets most interesting: While this familiarity might be the foot in the door of understanding, a great metaphor is also an original one, thus forming new, uncommon associations of common elements rather than relying merely on the familiar ones — a beautiful manifestation of combinatorial creativity at play. And therein lies the magic:

This is one of the marvels of metaphor. Fresh, successful metaphors do not depend on conventional pre-existing associations. Instead, they highlight novel, unexpected similarities not particularly characteristic of either the source or the target — at least until the metaphor itself points them out.

I Is an Other is endlessly illuminating in its entirety, exploring how metaphors influence our experience and understanding of everything from politics to science to money. It follows Geary’s equally fascinating The World in a Phrase: A History of Aphorisms and Geary’s Guide to the World’s Great Aphorists.

This article was originally written for the Brain Pickings website: http://www.brainpickings.org/

Maria Popova is the founder and editor of Brain Pickings (brainpickings.org), an inventory of cross-disciplinary interestingness spanning art, science, design, history, philosophy, psychology, and more. She has written for Wired UK, The Atlantic, Nieman Journalism Lab, The New York Times, Smithsonian Magazine, and Design Observer, among others, and is an MIT Fellow. She is on Twitter as @brainpicker. View all posts with Maria Popova →