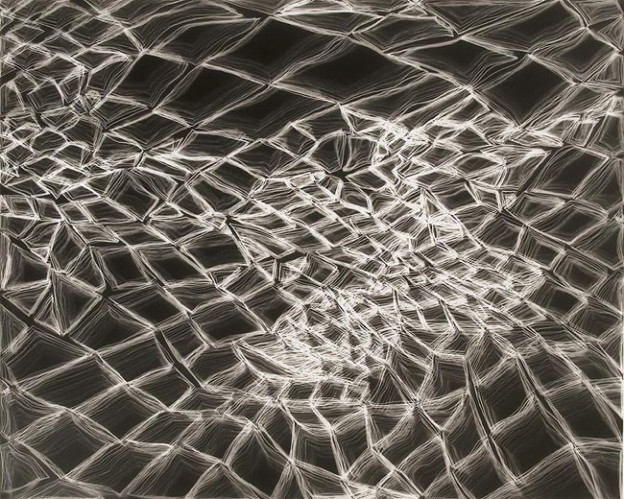 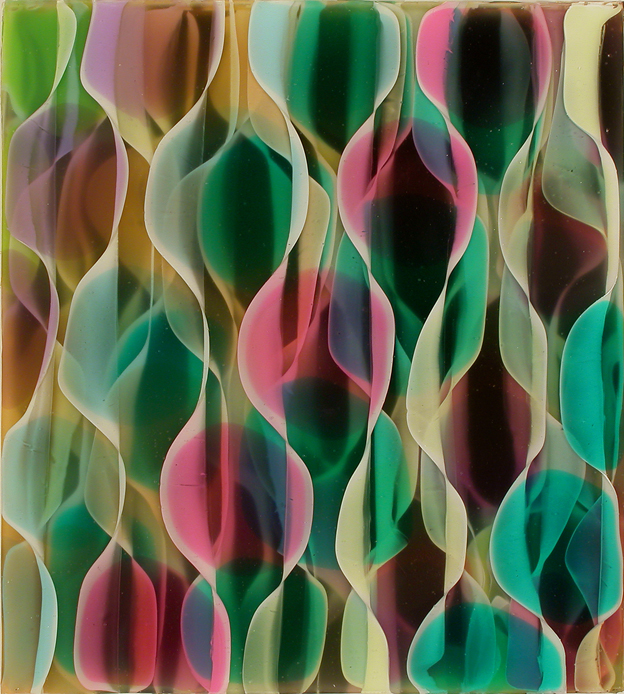 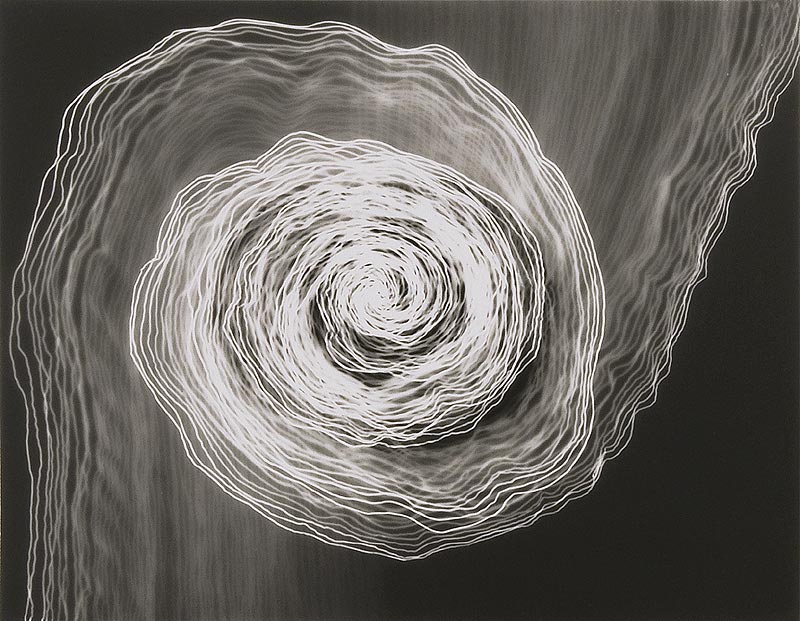 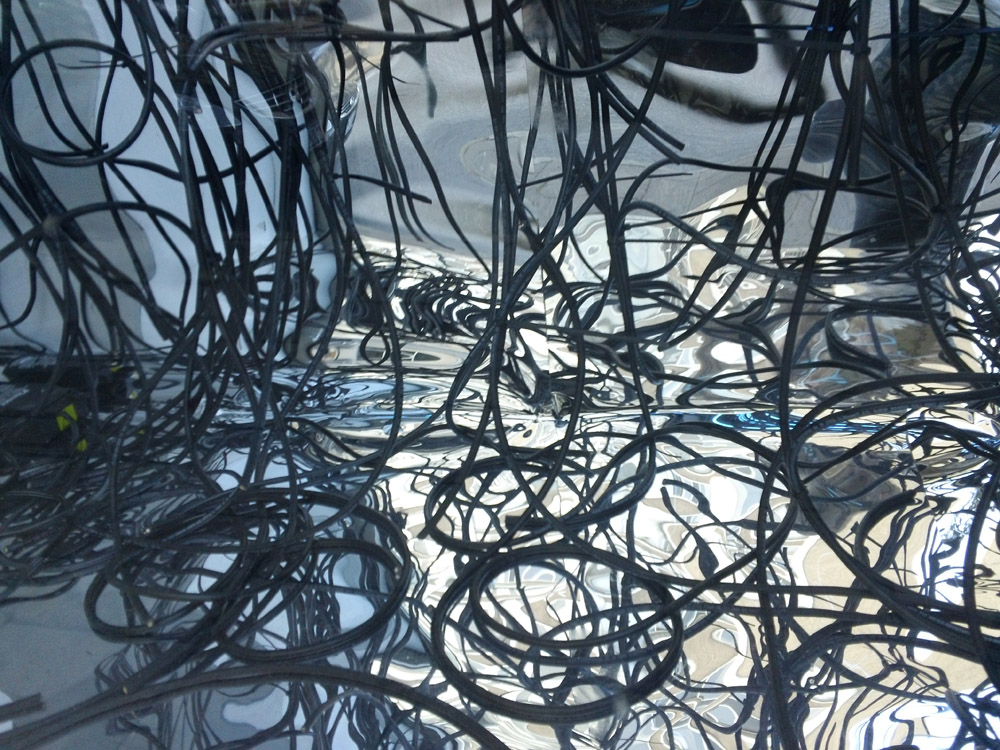 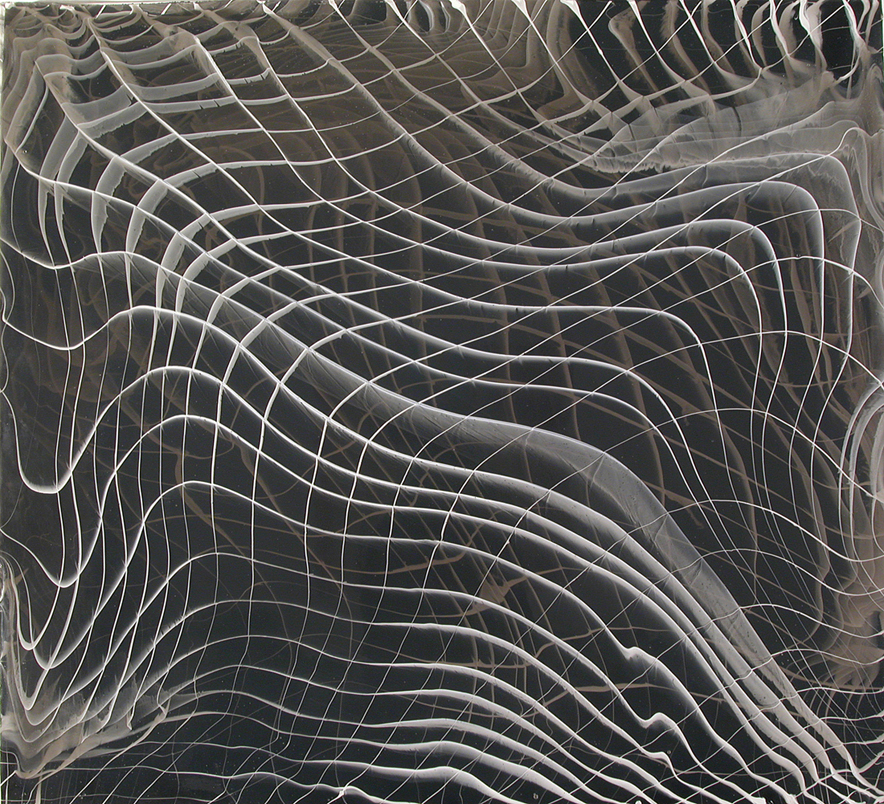 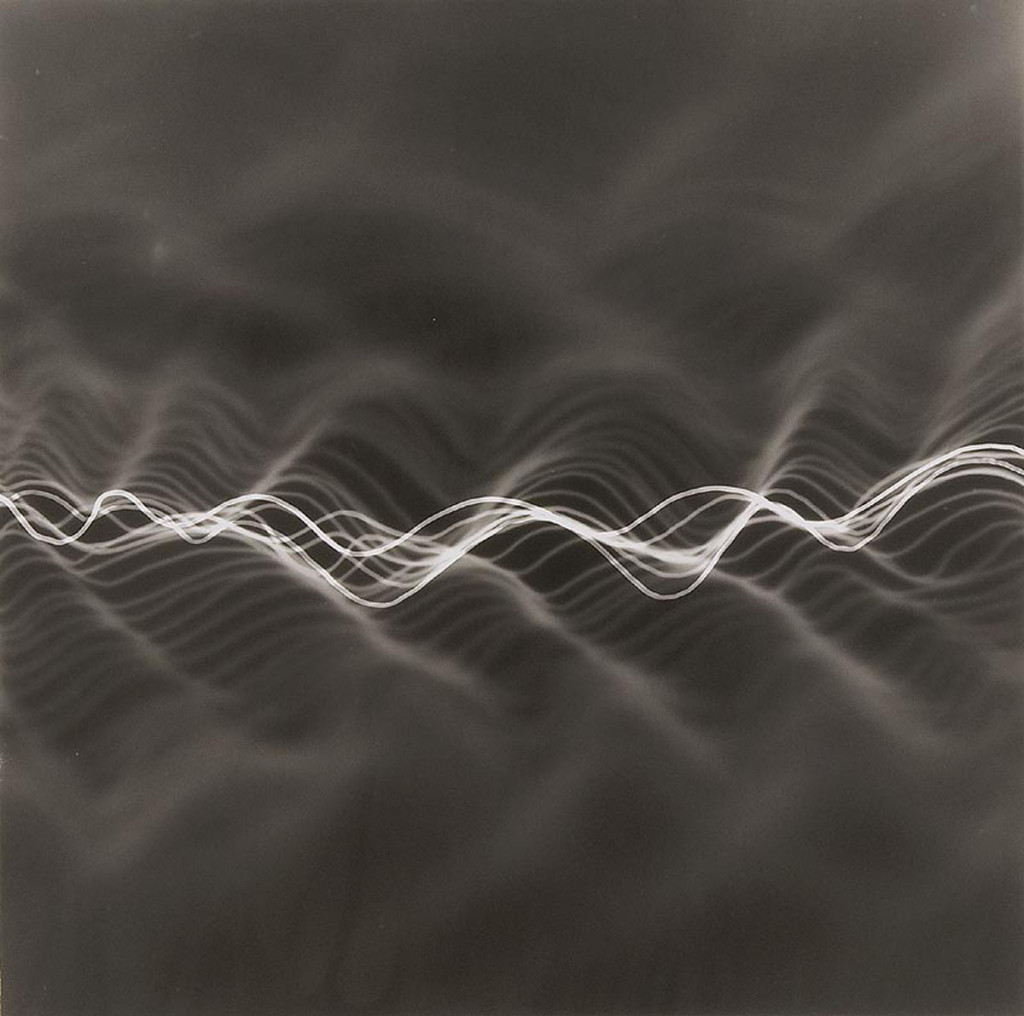 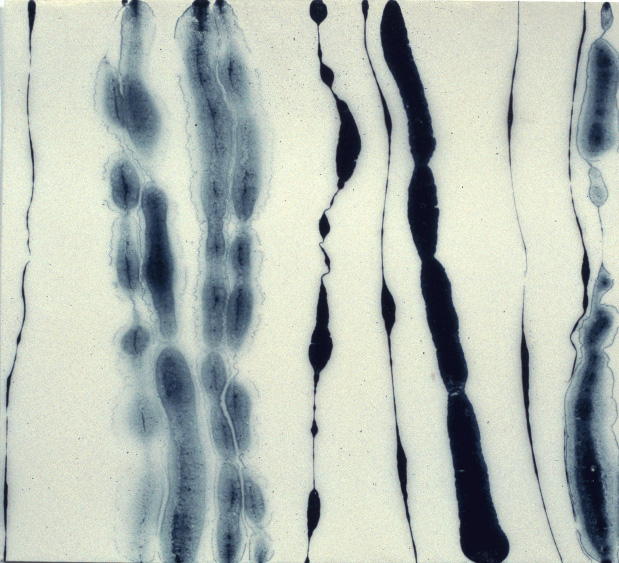 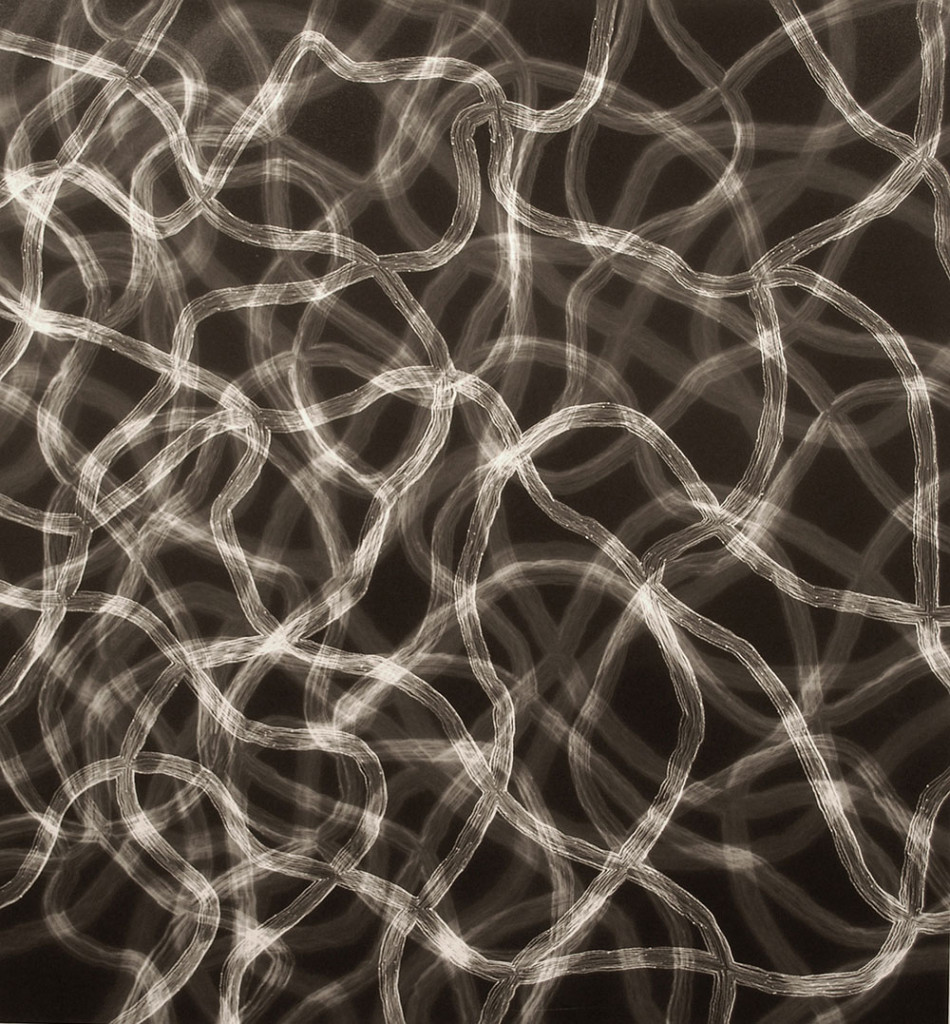 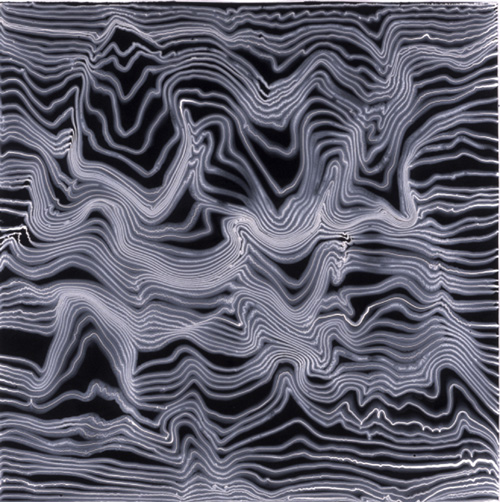 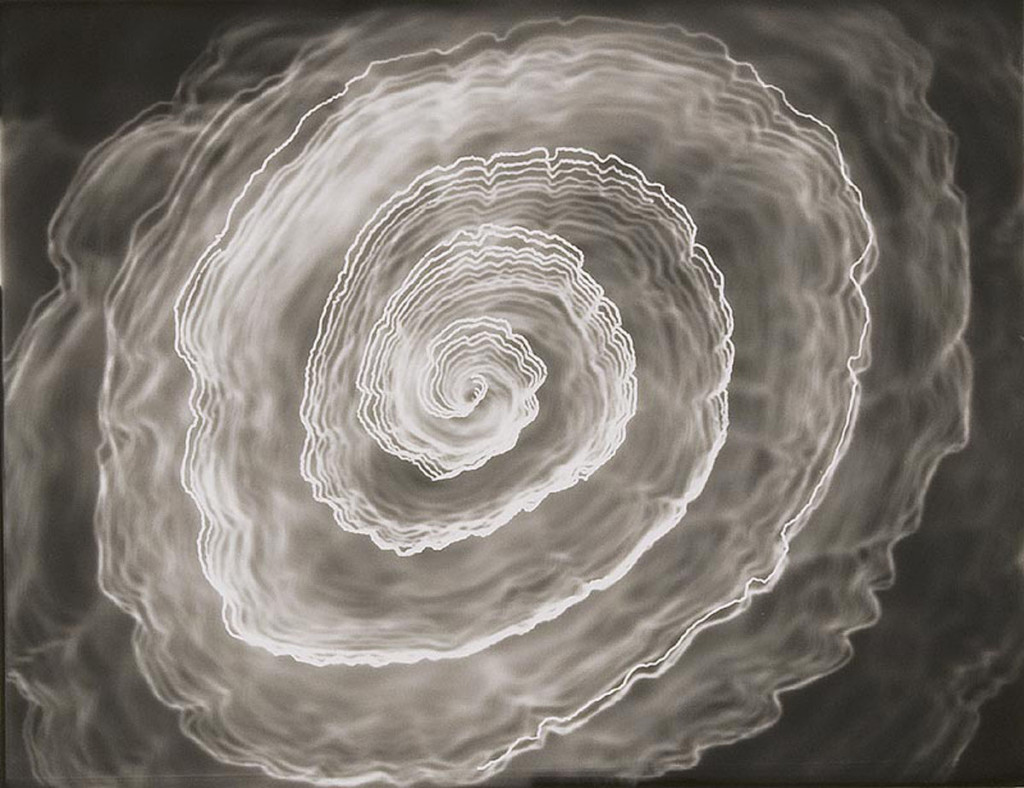 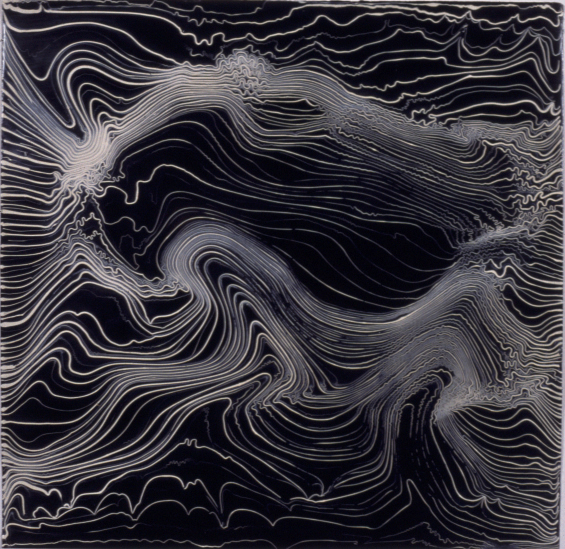 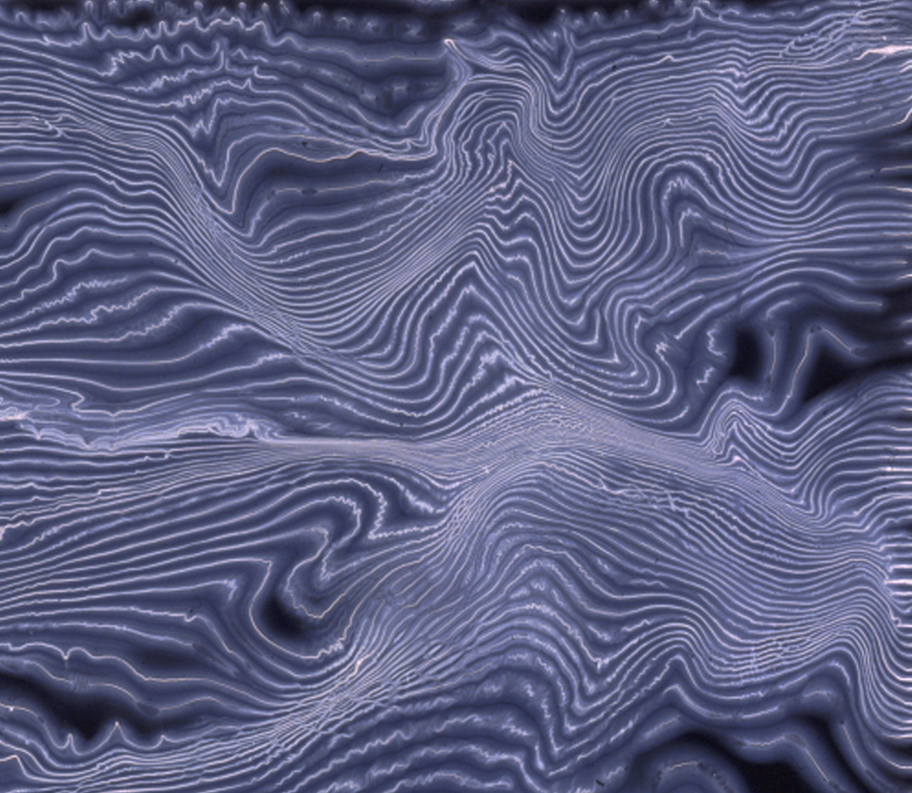 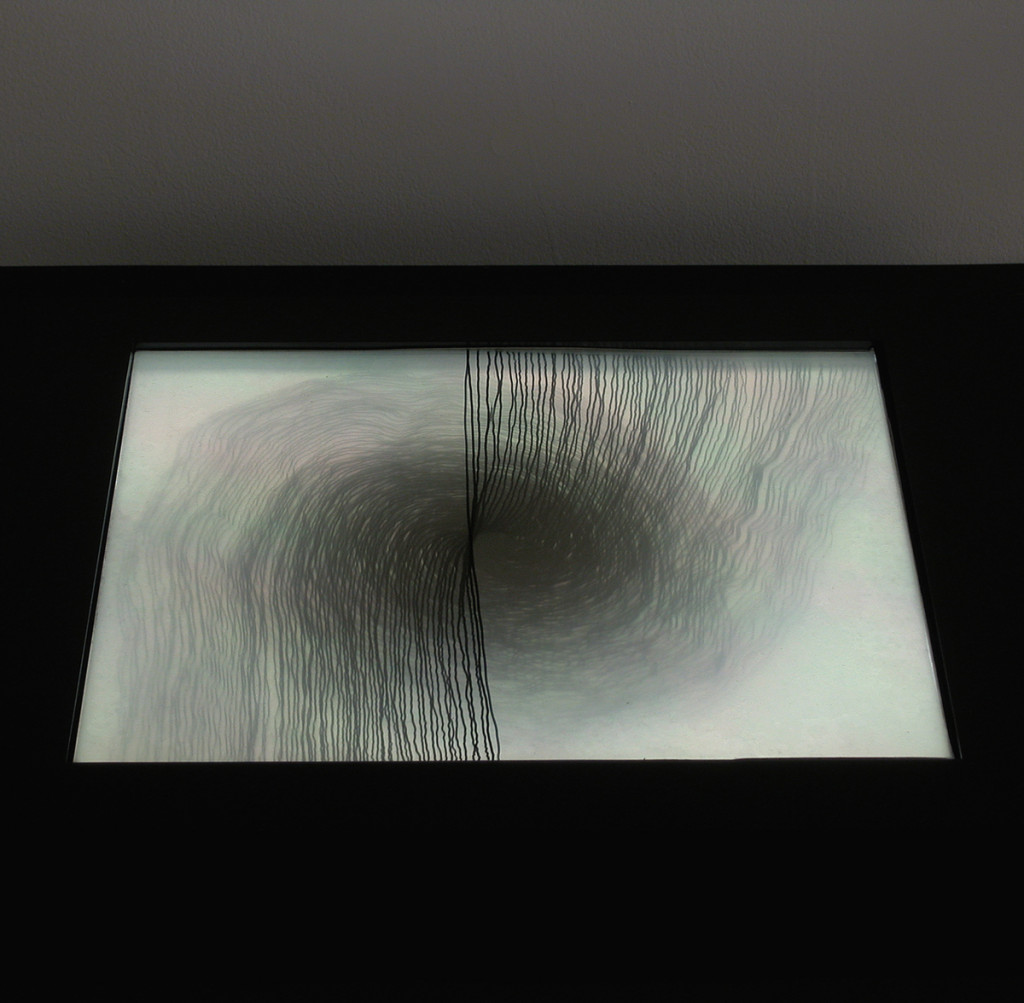 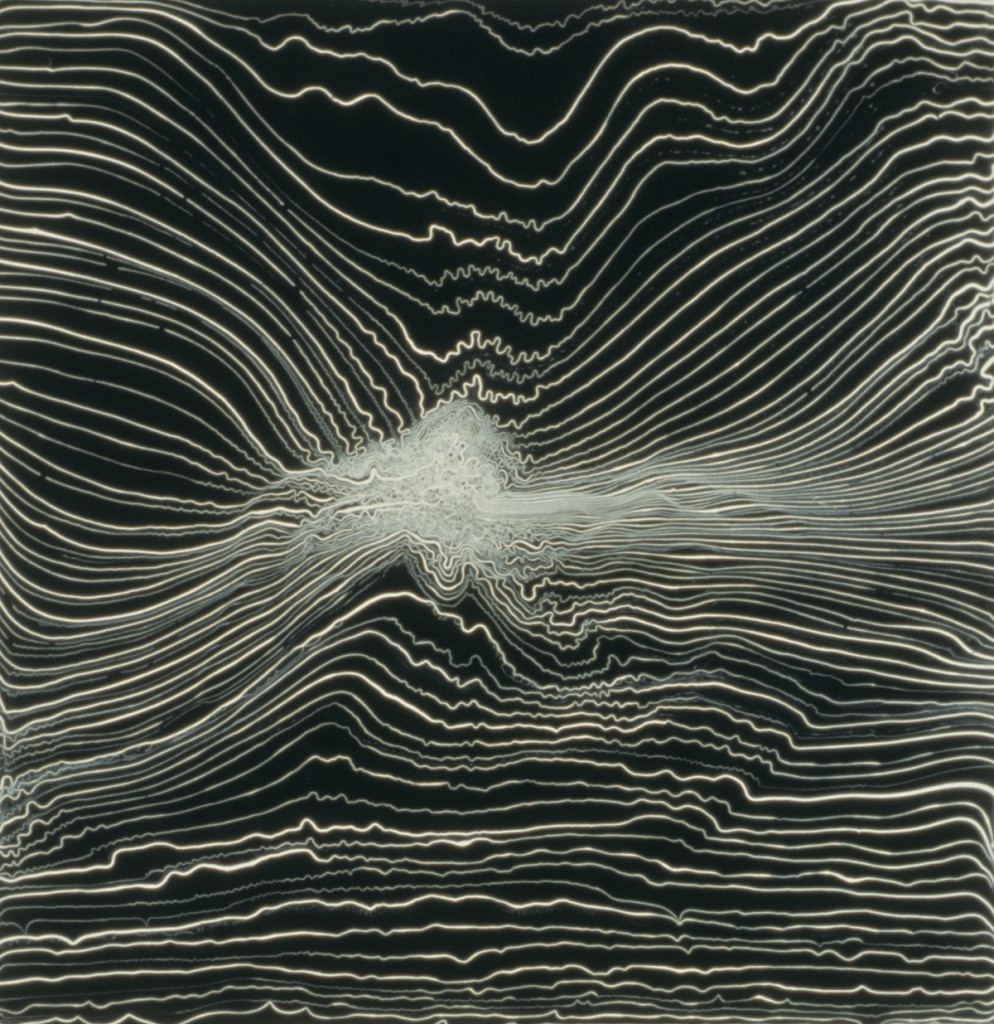 My work over the last twenty years has centered on drawing and process and has ranged over many different mediums, from printer’s ink and resin on paper, to installation, and photographic means among many others.  I always start with a simple idea, using basic geometric forms and a set of impossible, meaningless tasks (such as drawing perfectly parallel lines). In this way I seek to create a system that invariably runs off the rails, taking me to a place in my work that I could not foresee.  No matter how simple the ideas, or how narrow the parameters; I have found that repetitive action paradoxically leads to complexity and unpredictability.  The following describes specific projects within and aspects of this body of work.

Sensory Forensics is an emerging technology based on the discovery, a decade or so ago, that deep within computers, scanners, and copiers — either physically in their hardware on a molecular level, or deep within the programs which control them — exist unique marks or flaws, which reveal themselves when the technology is put into use. In other words, each file created on a computer carries a microscopic mark or flaw particular to each machine in existence, and all software written has its own peculiarities, a kind of coder handwriting.  This field of research is being developed with an eye toward intelligence applications, among others, but when I heard about it I thought, how ironic it is that the machines which were going to do away with notions of originality, authorship and presence in the work of art actually imbed a kind of signature or fingerprint themselves — giving the output, as well as technology itself, a unique and flawed character that we didn’t know it had. 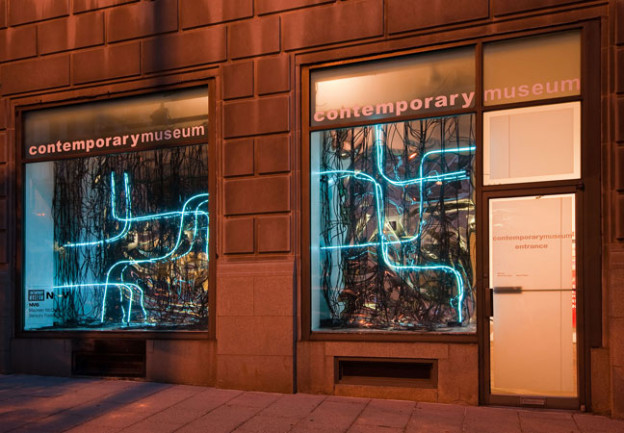 In 2011, based on this idea, I created a site-specific work for the Contemporary Museum in Baltimore entitled “Sensory Forensics.” This piece consisted of a thousand feet of cable wire, neon, mylar and other disparate materials, creating an optical conundrum of line, light, shadow and reflection.  By weaving together tangled lines of neon, reflected light and wire, I sought to evoke the innermost world of technology — a nanospace where complex systems, in their own peculiarity, often go awry — taking on characteristics, such as growth and decay, which we are more likely to associate with biological life forms. 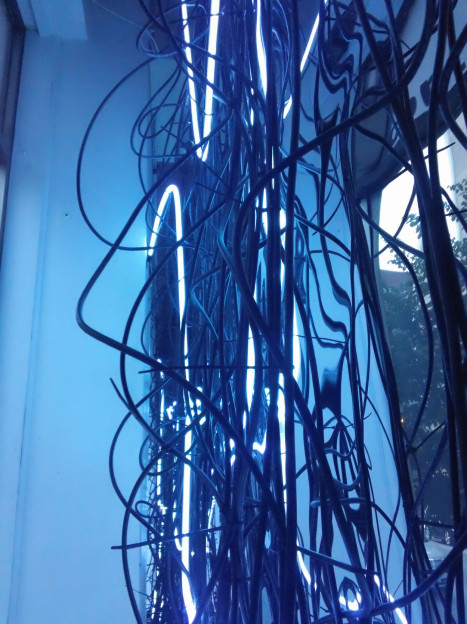 I started making cameraless photographs in 2008, as a direct outgrowth of my drawing practice, during a yearlong residency at the Islip Art Museum on Long Island, NY.   I began by drawing in a sculptural way, using marker and building up an image vertically through slow repetition of simple geometric forms on clear materials — such as plexi, acetate and cellophane — imposing simple rules and restrictions on myself as I worked.  Over time, the lines unexpectedly disappeared into the cloudy density of the stacked material; I found that the only way to recapture the drawing was to record the lines as shadows, in a photogram.  I spent a year teaching myself early photographic techniques, and drawing in three dimensions in a sculptural way. 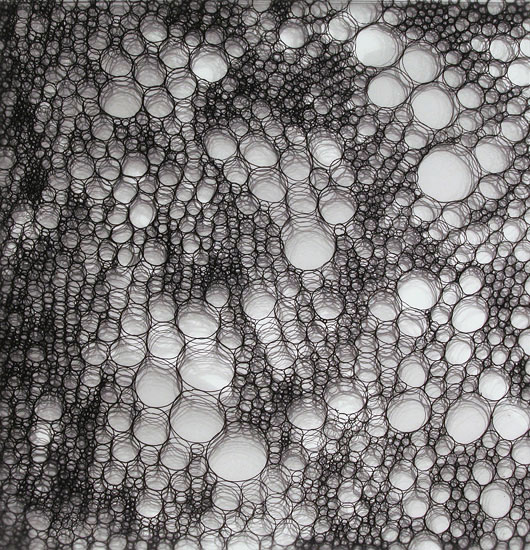 In the early 1800’s photograms, or “photogenic drawings” functioned as scientific illustration, and captured the silhouettes of sea life, plants, fossils and the like. The Impressionists also used cameraless photography as a tool for landscape painting by creating prints from sketches made on glass. There is an echo of this history in my work, but instead of delineating a scene or an object, I capture the shadows of lines themselves, as they fall for an instant on light sensitive paper.  Though the results can be surprising, and visually complex, my process is simple, and even a bit crude:  I created these images by hand in my studio, with only a light bulb, paper and chemicals — without enlarging or adding, either mechanically or digitally, to the image of the shadows of the lines themselves.

I experimented within the narrow confines of my simple process to create strange combinations of light and focus. While it is true that I reject technology as a means, I remain excited and fascinated by new ways of looking at the world it provides, not just scientists, but everyone on a daily basis. As I work, I am tracking forces and conditions of each moment as it passes.  In this way, I am constructing a kind of focused and slow continuity for myself, one line at a time.  You could say I am (vainly) attempting to resist the impossible technological velocity of the world; yet, ideally, my work reflects the actual and the virtual, the cosmic as well as the mundane, all at the same time.

The following is an excerpt from the essay I wrote for the exhibition:1

“…Phenotypology follows a natural desire to endow abstract knowledge systems with a tangible body…Hardly an ether of pure theory, a worldly science behaves like a mutating organism that adapts as human knowledge expands and generates forms to reflect shifting economic, political and social conditions….

[More and more]…scientists [are] regarding science as ‘a culture under construction,’2  ‘a dark continent of growth and change,’3 that incorporates doubt as information is recognized as unstable.  New technological models for representation, such as the loop, the web, and the virus enable fantasy and hallucination to become imminent reality.  That these models infiltrate aesthetic practices provides further proof of the cross pollination between art and science.  In effect resembling the experience of creating art, the laboratory is a ‘producer of inscriptions’4 or marks that require interpretation in order to construct meaning…. The struggle over values (such as purity and objectivity versus hybridity and subjectivity) remains constant.

The traditional idea of a scientific method based on predictability and repeatability has given way to increasingly complex models of representation, such as [parabolic] geometry and fluid dynamics.  The overwhelming popularity of chaos theory gave rise to software…that enabled practitioners of highly theoretical branches of science, like mathematics, to make their ideas visible by translating abstract equations into concrete three-dimensional graphic images or models…Phenotypology focuses the artist’s metaphorical binoculars back onto science…and when science submits to the scope of our gaze (instead of the other way around), artistic production resembles the fieldwork of botanists and zoologists who unearth heretofore unknown specimens. 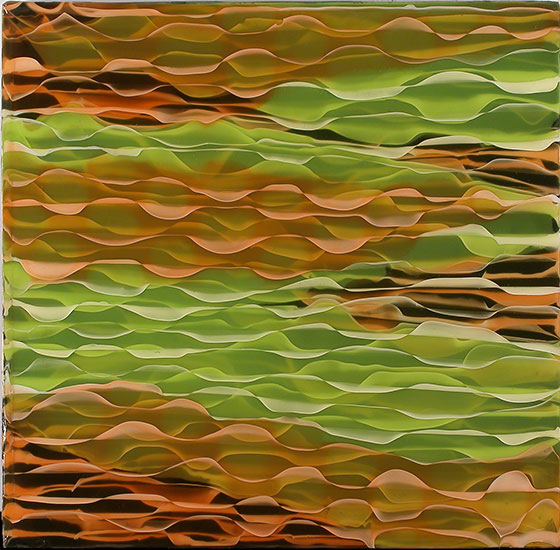 After many years of working primarily in black and white, I have recently begun to use color systematically, in a way that reflects my interest in how the perception of color has changed as technology has changed. My simple process of drawing ink lines and adding pure (unmixed) color in seemingly random order creates complex, unrepeatable patterns and combinations.  For instance, I sometimes work in “blind rotations” in which I limit the colors to a certain number, with no repetitions, but cannot see the colors underneath the layer I am working on. Other times, for example, I must not put complementary colors next to each other either horizontally or vertically.  This rules-based process I have created ends up being a kind of Sudoku with color. The result is a surface of layered depth where system and dysfunction, structure and dissolution, order and chance all play out in interesting ways.

Maureen McQuillan is an artist based in New York and has been exhibiting her work for two decades, both in the U.S. and internationally, including eight solo shows (New York, Baltimore, San Francisco and Paris). Her most recent solo show was entitled “Process Color” in 2015 at McKenzie Fine Art in NYC. Group exhibitions include: The Weatherspoon Art Museum, Greensboro, NC; The Contemporary Museum, Baltimore, Maryland; The Drawing Center, NY; The Islip Art Museum, NY; Herter Gallery, UMass Amherst; The College of New Rochelle, NY; the John Michael Kohler Arts Center, Wisconsin; and Le VOG Contemporary Arts Center, Fontaine and The College of Art and Design, Grenoble, France among many others. McQuillan's work has been mentioned and reproduced in The New York Times, Newsday, The Boston Globe, TimeOut, The San Francisco Chronicle, San Francisco Examiner, ARTnews, Architectural Digest and Art on Paper, and her work is held in private and public collections all over the world. Maureen McQuillan is represented by McKenzie Fine Art in New York. View all posts with Maureen McQuillan →