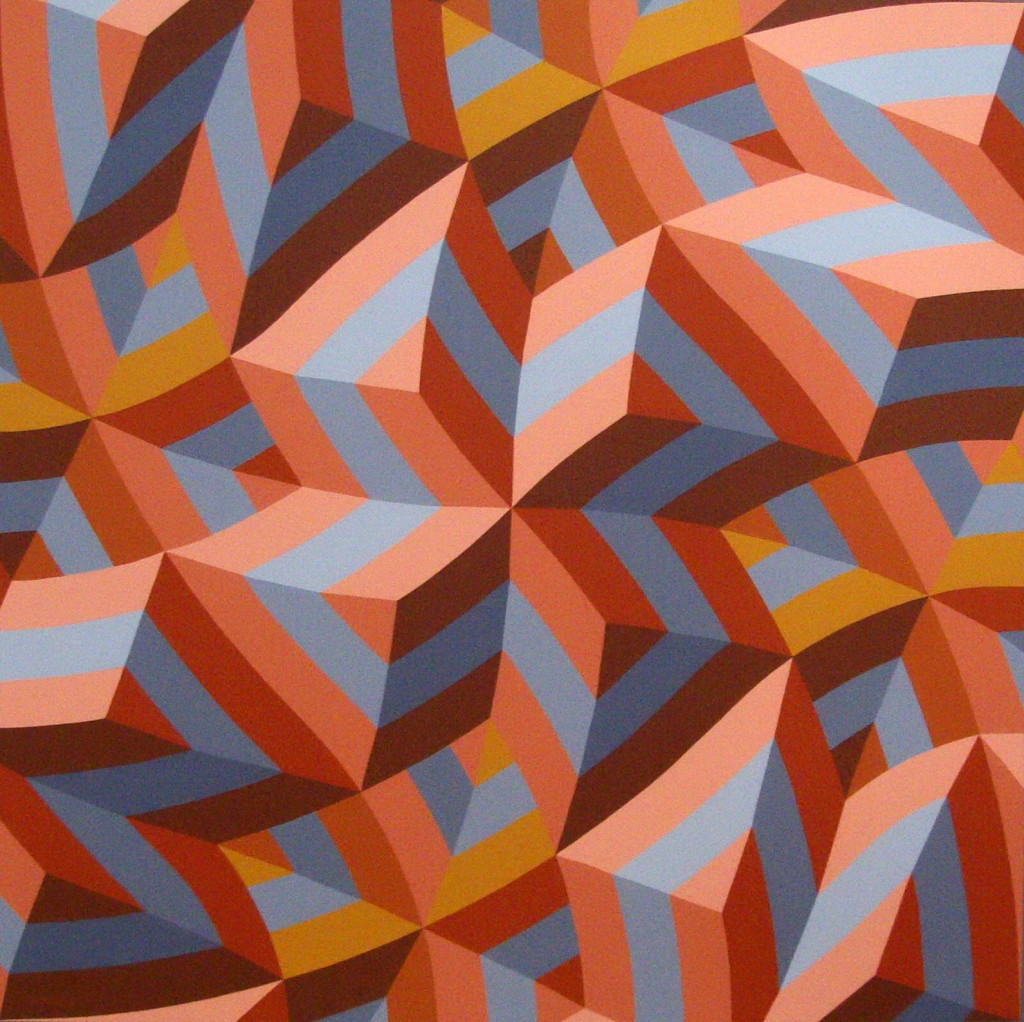 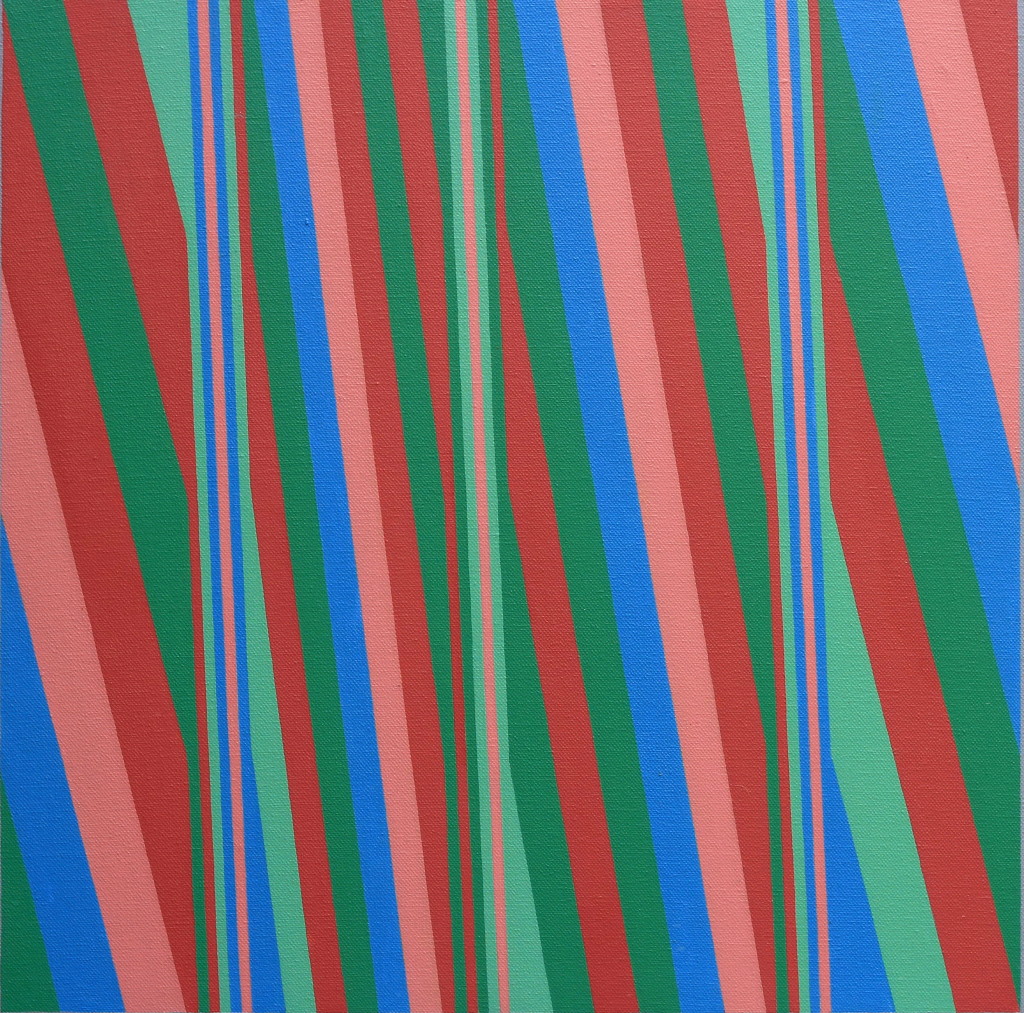 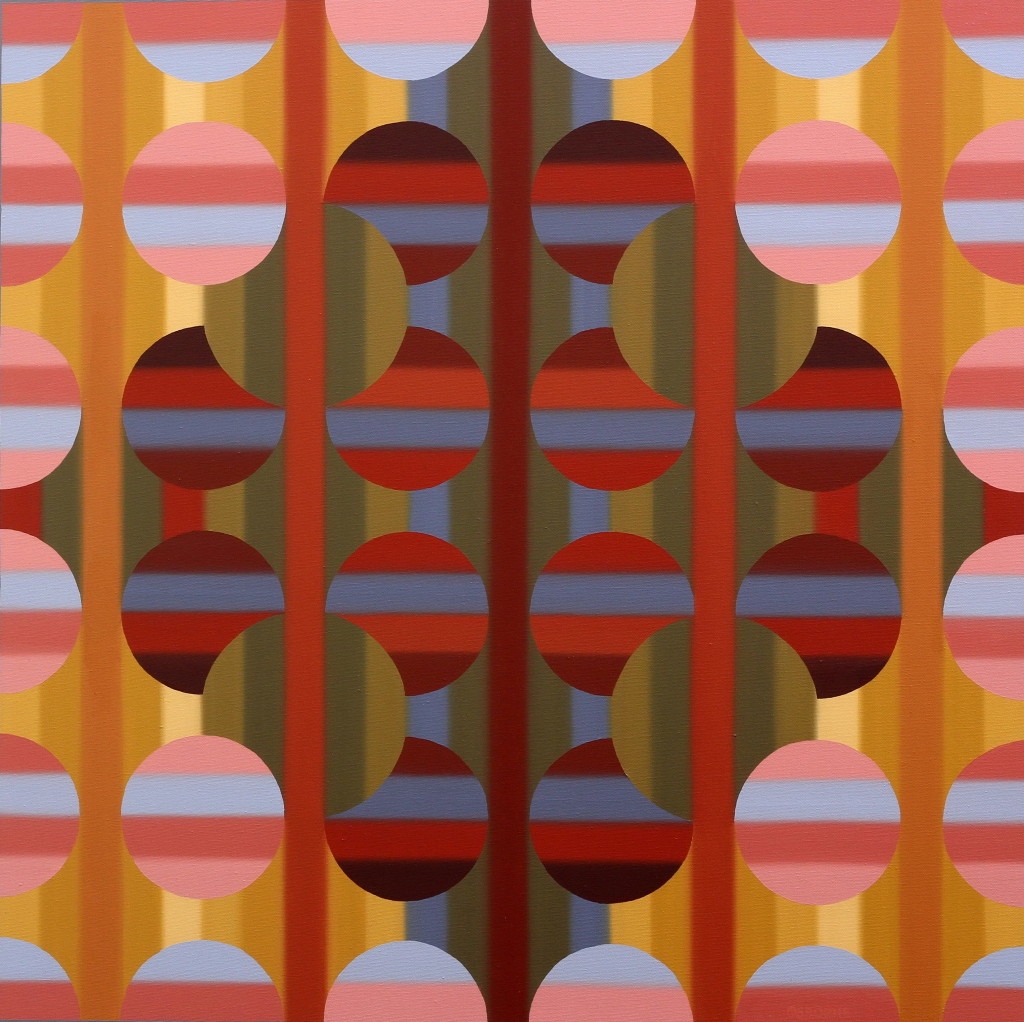 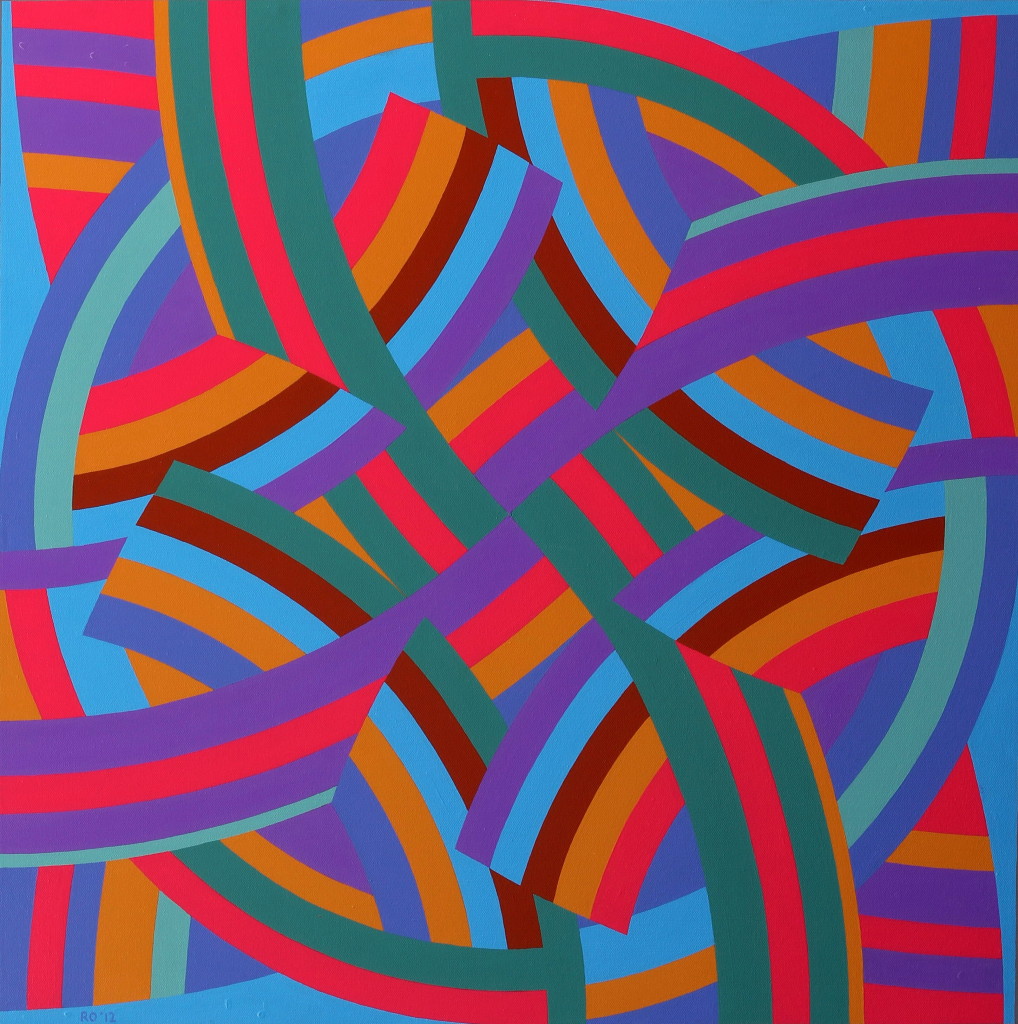 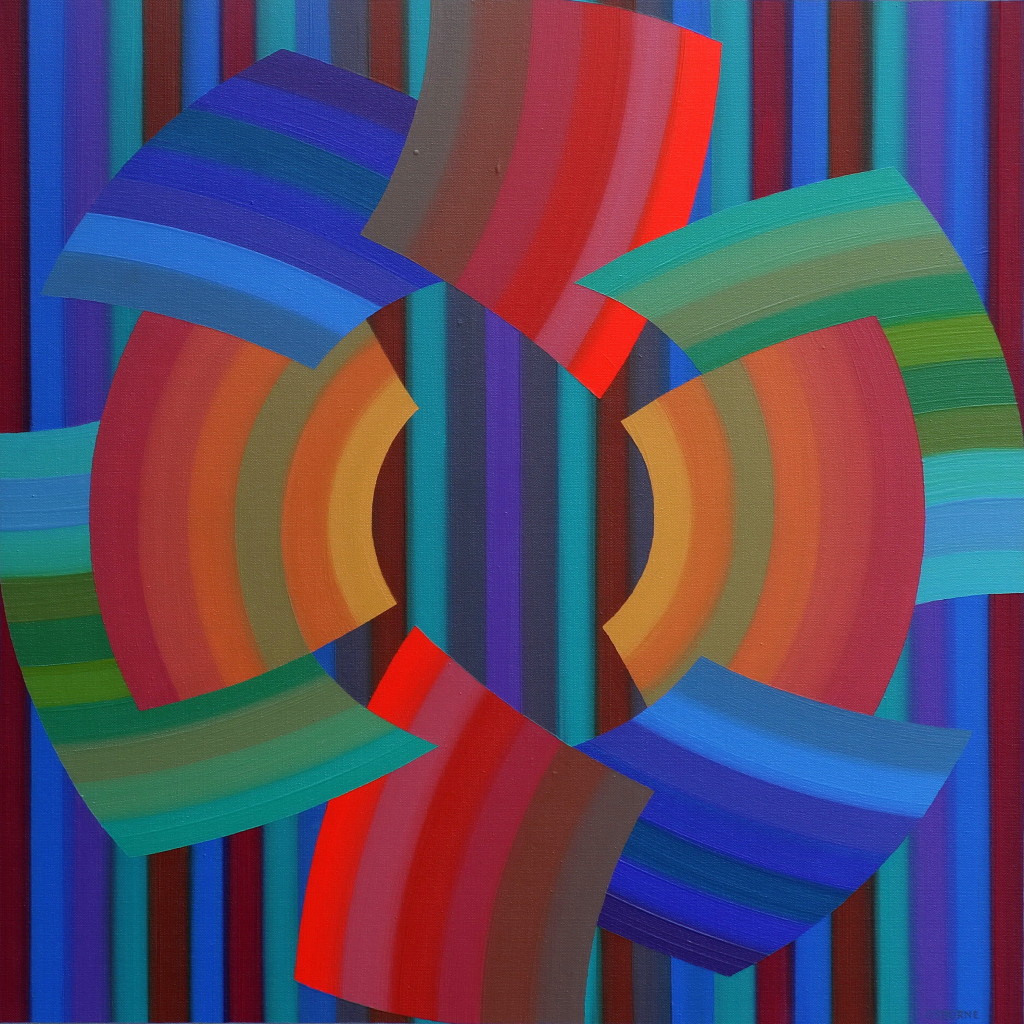 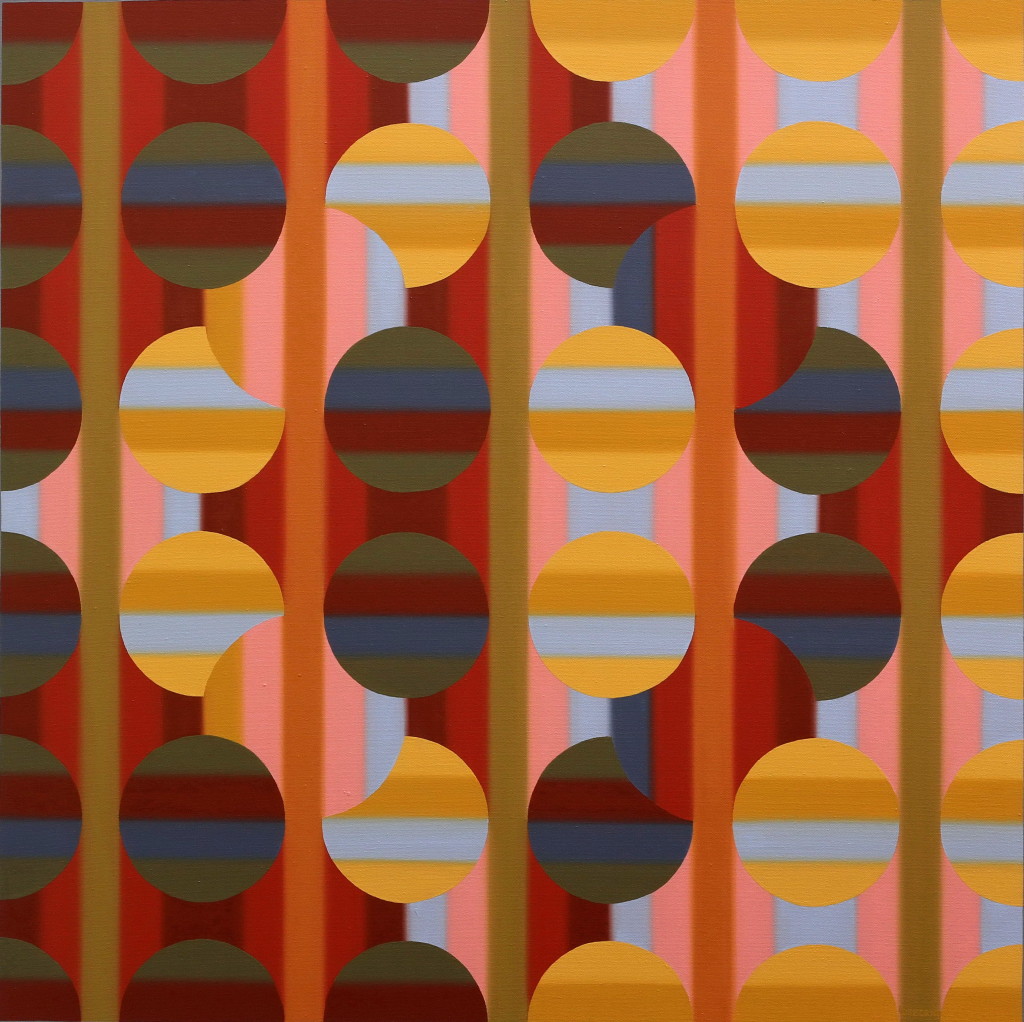 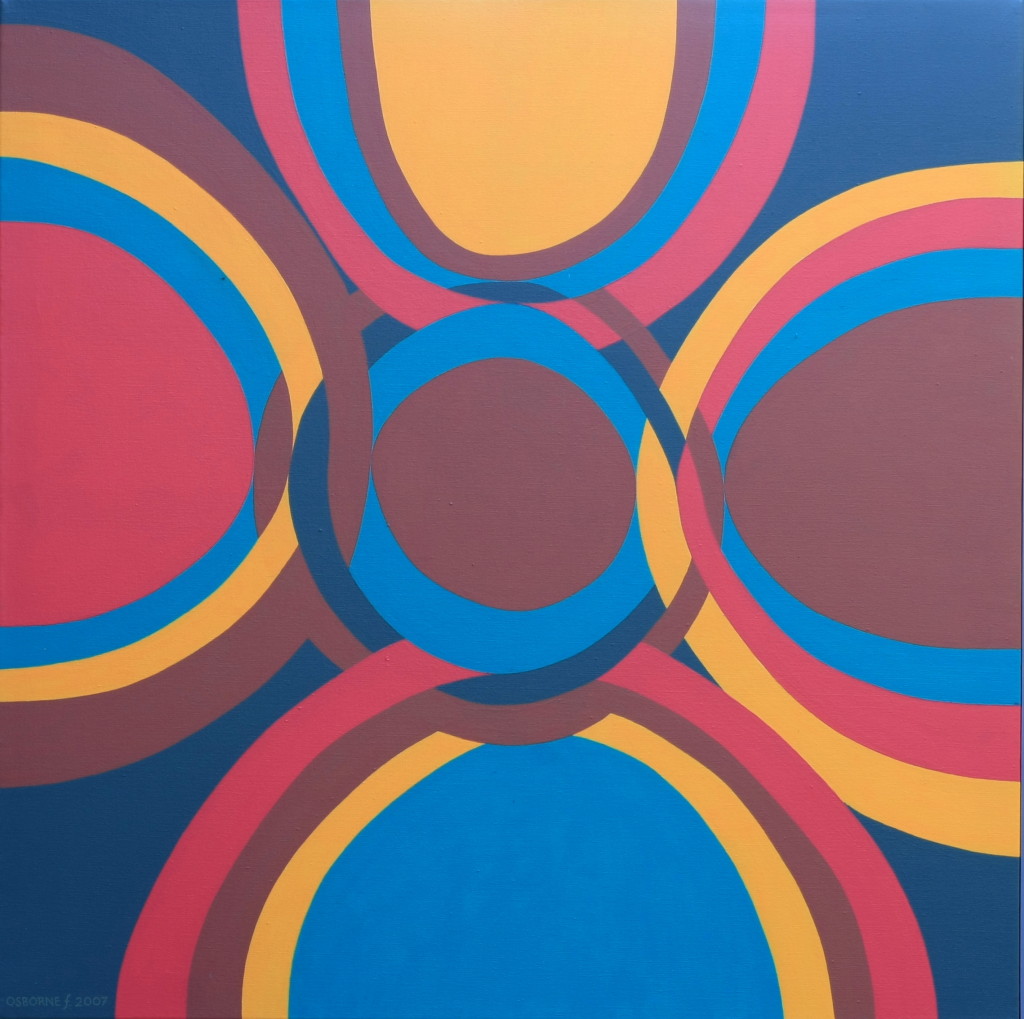 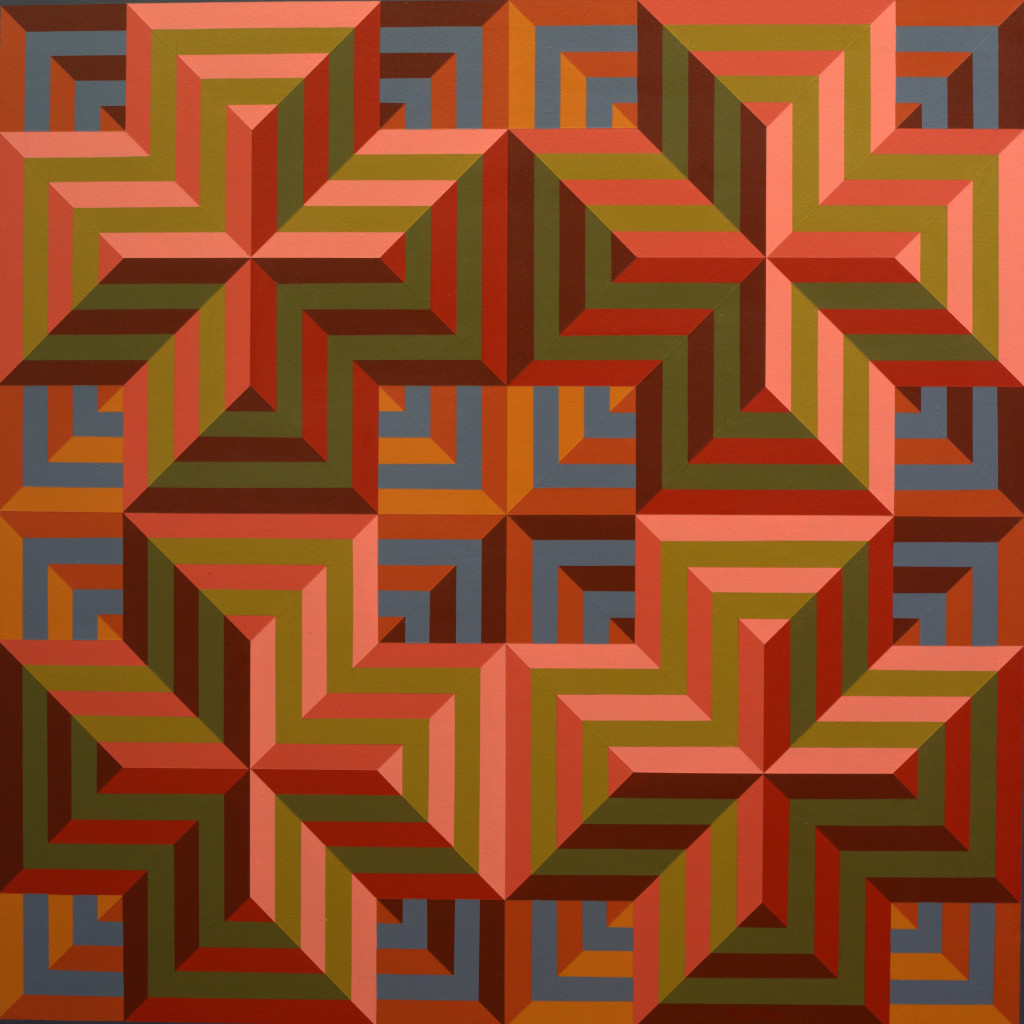 On the subject of abstraction in art, Rudolph Arnheim wrote, in an article ‘Art Today and Film’ (1965), ‘By renouncing portrayal, the work of art establishes itself clearly as an object possessing an independent existence of its own’. One might say that, in applied art and decoration, abstract forms were always there, but twentieth-century developments in fine art seemed to offer something new. Over 500 years ago, Leonardo da Vinci encouraged artists to study random stains on walls to see what their imagination might conjure up, such as ‘compositions of landscapes, and of monstrous things.’ Less well known are the abstract watercolours of Mary Gartside (1805) and the chromatograms of Friedlieb Runge (1850).1 In the event, however, the earliest influential abstract art evolved in 1912-13, with Robert Delaunay working in Paris and Wassily Kandinsky working in Munich.

The New York curator Alfred Barr later attempted to clarify the connectedness of early Modern art on the cover of his Cubism and Abstract Art catalogue (MOMA, 1936). In the essay inside, the legacy of Cézanne and Seurat leading into Cubism, which ‘finds its delta in the various geometrical and Constructivist movements,’ is segregated from the legacy of Gauguin and Matisse, leading to the early ‘Abstract Expressionism’ of Kandinsky.2 For me, as a colourist, the division differs.

Roy Osborne is an artist, educator and writer. He is author of Lights and Pigments (1980), Color Influencing Form (2004), Morato On the Signification of Colours (2012) and Books on Colour since 1500 (2013). He has edited several books by Don Pavey, including Colour and Humanism (2003), Colour Symbolism (2009) and Colour Engrained in the Mind (2010). Among 10 other publications, he contributed a history of colour to Janet Best’s Colour Design (2012). He was twice Chairman of the Colour Group GB (1995-97 & 2005-07) and the first recipient of its Turner Medal (2003). Since 1978 he has presented some 2,000 lectures at 200 institutions worldwide and contributed to over 100 group exhibitions and several solo shows. In 1989 he curated a touring exhibition, From Prism to Paintbox: Colour Theory and Practice in Modern British Painting. He studied painting and printmaking at Brighton (1968-71) and art and design in education at the University of London (1992-1994). View all posts with Roy Osborne →