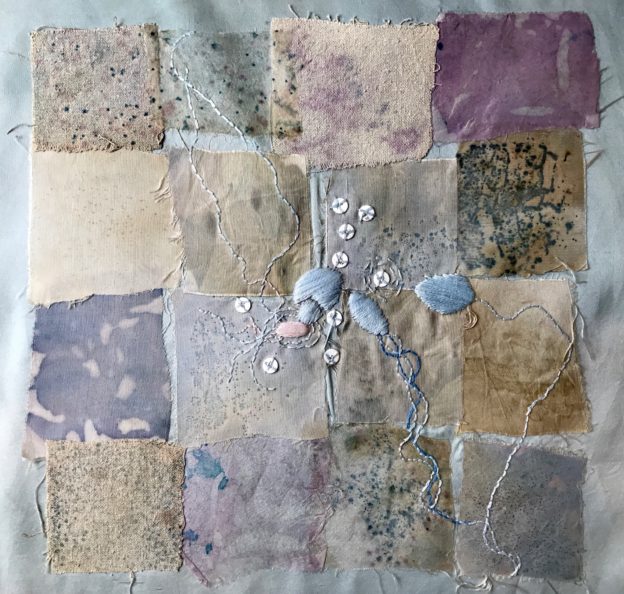 Anna Dumitriu: I am a UK based artist with a background in Fine Art. I have created my work embedded in laboratory settings as much as in the studio for more than fifteen years.  My work fuses craft, sculpture and Bio Art to explore our relationship to the microbial world, medicine and technology. In recent years I have focussed on an exploration emerging technologies. I have exhibited internationally at major venues such as The Picasso Museum Barcelona and The Museum of Contemporary Art Taipei and my work is held in several collections, including the Science Museum London and Eden Project. I am artist in residence on the Modernising Medical Microbiology Project at the University of Oxford, a visiting research fellow: artist in residence in the Department of Computer Science at The University of Hertfordshire, an honorary research fellow in the Wellcome Trust Brighton and Sussex Centre for Global Health at Brighton and Sussex Medical School, and a research fellow at Waag Society.

In 2016 I completed a residency at the Liu Laboratory for Synthetic Evolution at The University of California Irvine (USA) and the resulting artworks were featured in the ground-breaking exhibition “WETWARE” at the Beall Center for Art and Technology curated by Jens Hauser and David Familian. My work is also featured in William Myers significant book “Bio Art: Altered Realities” which was published by Thames and Hudson in 2016. That year I also collaborated with Professor Maggie Smith at The University of York to artistically explore “The Hunt for New Antimicrobials” using synthetic biology.

I am the artist partner and on the EU Horizon 2020 funded FET (Future Emerging Technology) support action FEAT: Future Emerging Art and Technology and as an artist in residence I have worked with the EU FET project MRG-Grammar to investigate the grammar of gene regulation, based at The Wellcome Sanger Institute, The Weizmann Institute, and Technion. My current challenge is to better understand the biochemistry of DNA and I am now working on a Leverhulme Trust funded art residency with the University of Birmingham focusing on the EU FET project BeyondSeq. 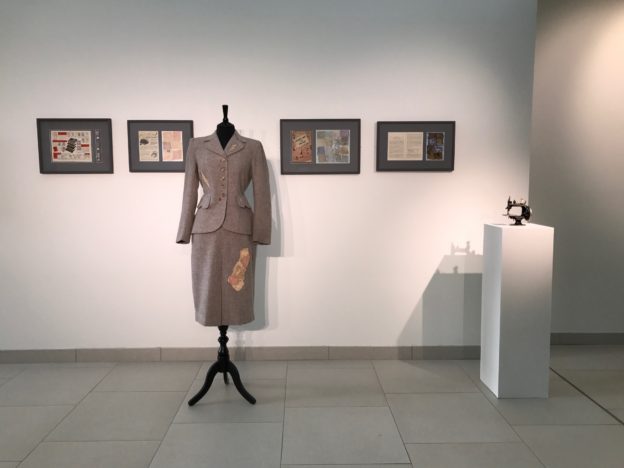 RB: Can you say something about your FEAT collaboration and what it involves?

AD: For the longest part of my FEAT residency I worked with Dr Sarah Goldberg and Dr Roee Amit at the Synthetic Biology Laboratory for the Decipherment of Genetic Codes at the Technion in Israel to create a new work entitled “Make Do and Mend” which references the 75th anniversary of the first use of penicillin in a human patient in 1941. The finished work takes the form of an altered antique wartime women’s suit marked with the British Board of Trade’s utility logo CC41, which stands for ‘Controlled Commodity 1941’ meaning that the use of materials was deemed meet the government’s wartime austerity regulations. The holes and stains in the suit have been patched and embroidered with silk patterned with E. coli bacteria grown using a dye-containing growth medium, forming pigmented colonies or spots. The genomes of these E. coli bacteria have been edited using a technique called CRISPR to remove an ampicillin antibiotic resistance gene and repaired using a technique called homologous recombination to scarlessly patch the break with a fragment of DNA (converted into ASCII code and then to base 4) encoding the WWII slogan “Make Do and Mend”, which encouraged housewives to repair their clothes during the wartime rationing period. 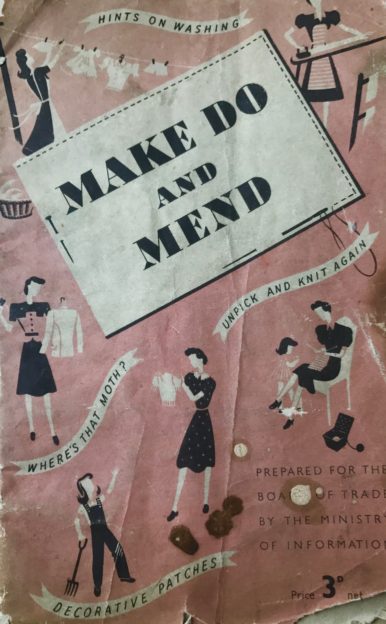 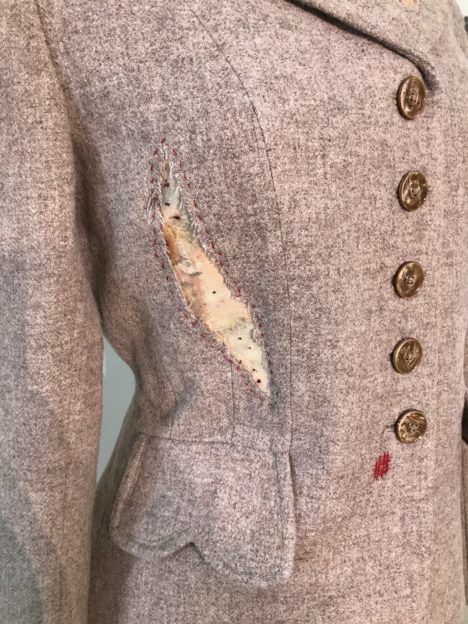 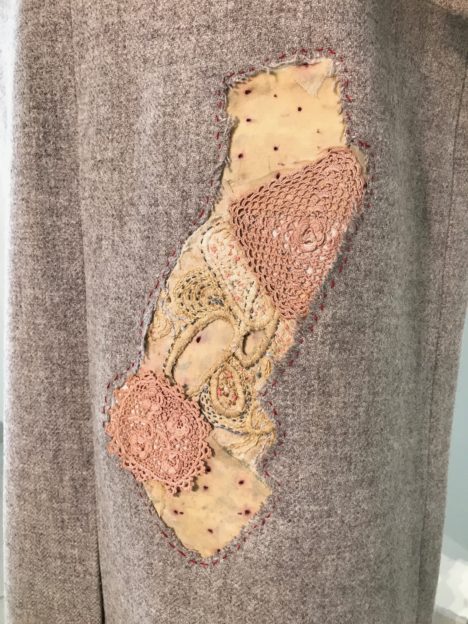 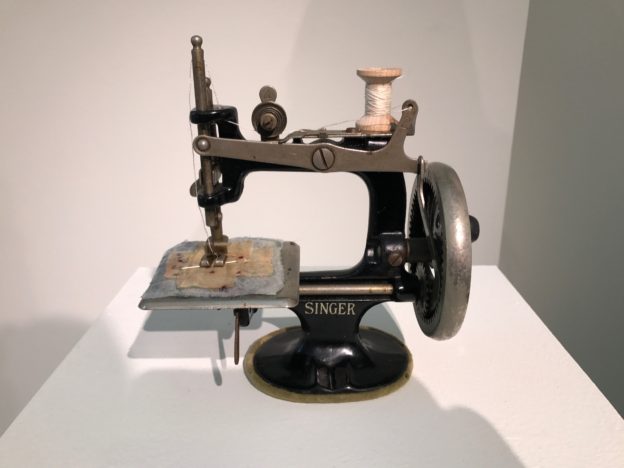 Ampicillin is part of the penicillin group of beta-lactam antibiotics so in a way it is conceptually and poetically true to say that, with this artistic genomic edit, we have used today’s latest technology to ‘mend’ the organism back to its pre-1941, pre-antibiotic era state. Scientifically it is far more complex in that they have used a lab strain of TOP10 E. coli that is very well characterized and has had many other modifications so it will never really be the same as it was in 1941.

I’ve subsequently made a second version entitled “Controlled Commodity” in a similar form which has been exhibited alongside the plasmid DNA I used to make the CRISPR edit. 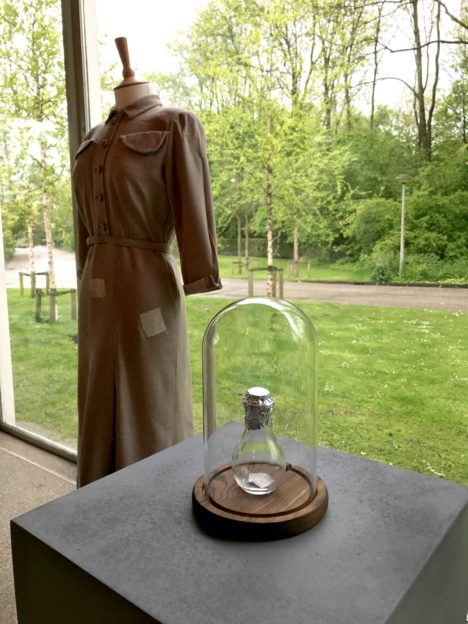 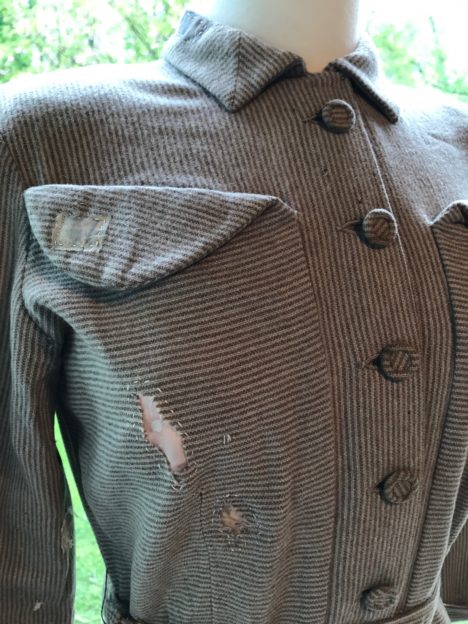 RB: What questions do you want to address in this collaboration that could not be addressed before?

AD: I wanted to explore the hype behind CRISPR gene editing and find out if it would be possible for me to remove an antibiotic resistance gene in such a way that the edit is practically invisible, but for the hidden message “Make Do and Mend” encoded in the bacteria’s genomes. I wanted to raise the issue of antibiotic resistance and enable the wider public to have an insight into how these new gene editing tools work. I also gained inspiration working with Dr Sarah Teichmann and her Teichmann Group at the Wellcome Sanger Institute, in the UK, and shadowing researchers Xi Chen, Michael Kosicki and Tomas Pires de Carvahlo Gomes who work with mouse immune cells to try to understand how genes are regulated and how that might be used therapeutically in the future.

The experiment I undertook in the lab at Technion was very complex and fiddly with no guarantee of success. It’s not possible to really know until every step in completed whether you have been successful or not and less that 10% of such experiments to modify a genome in the way I did, alongside Dr Sarah Goldberg, are successful. So I certainly saw behind the hype and I undertook experiments that are actually at the cutting edge of the science, but in this case for the purpose of making an artistic statement.

The MRG-Grammar project is developing a new strategy for deciphering the regulatory rules of gene regulation using Synthetic Biology, DNA synthesis technologies and high-throughput analysis to generate new types of biological datasets that systematically explore all possible regulatory landscapes. It aims to lead to a profoundly deeper understanding of the origins of many diseases. The project aims to produce models that will serve as a reference in designing and implementing accurate and more controllable synthetic biology devices, with applications in fuel production, healthcare and other industrial fields. 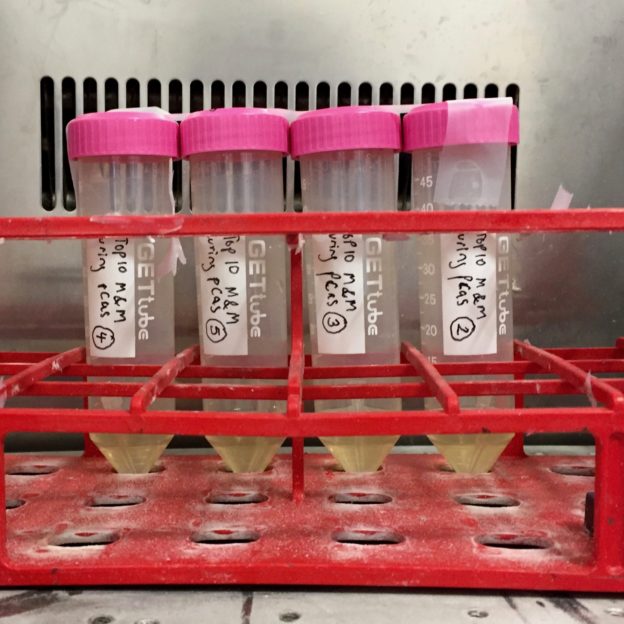 RB: What ethical issues have been raised by your collaboration with emerging technologies?

Anna Dumitriu is an artist whose work blurs the boundaries between art and science with a strong interest in ethical issues raised by emerging technologies and their impact on society. View all posts with Anna Dumitriu →