Many aspects of my output over the past twenty years have been influenced by the history and heritage of the site destined for my landmark sculptures. The culture of a community is vital to the realisation of Public Art, and this is one significant difference between what can be seen in the rarified environment of a gallery or museum, and a public space, which everyone uses on a daily basis.

Many people still feel that a gallery or museum space is not for them, despite the efforts of curators and museum directors to break down these barriers to accessing culture. So the use of public space has become an important way of integrating culture into a community and at the same time reinforce the histories and ambitions of the populace.

The working method of producing steel has been a significant influence on the development of all three concepts ideas shown here at the Cube. The fluidity and malleability of white hot metal has prompted the idea of flowing movement, as shown here in these three maquettes. 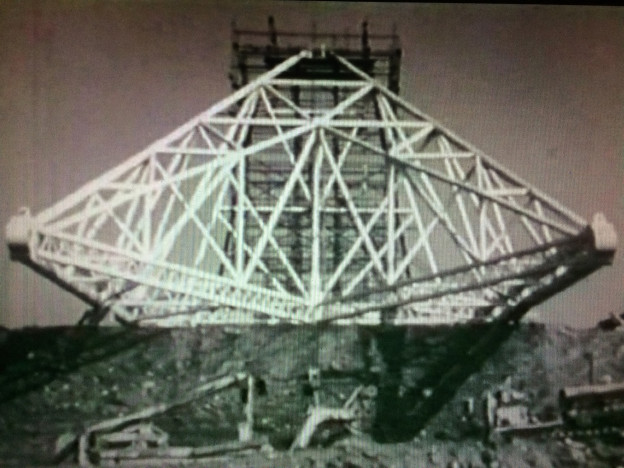 Part of the artwork designs relate to the construction techniques used in the manufacture of the Great Jib, where wire ropes were used to take equal shares of holding a Jib in the air. This method was later surpassed by a rigid box section for the suspension member of the Great Jib, but the use of tensioning ropes in my sculptures relate to this procedure of industrial construction of heavy machinery.

The use of tensioning wires also alludes to musical instruments and the prominence that music has played within the various communities of Corbyites. The eminence of music within the Corby community is varied and spans decades. It has been used to celebrate distinctiveness and has also written as a requiem to hopes dashed and once great industries brought to an abrupt halt, such as “Steeltown” by the band, Big County 1984, formed originally in Scotland.

“Out of the yards and run dry dock

The call of the steel that would never stop

Here was a refuge for those who dared”

Corby also boasts a number of creative writers and in particular poets, who have used the heritage and culture of Corby as a cultural barometer for their poetry. The technical structure of poetry with iambic pentameters, assonance, timbre and rhythm, are also a significant influence on the formal language of all three sculptures.

“Now the town is so different

From when I arrived

I’ve learned of the steel

And how people survived

There’s the cube and the theatre

All the wildlife to see

I grew with the town

Now the town grows in me”

D.H. Lawrence describes the “boom of the tingling strings” as his mother played the piano, mimicking the volume and resonance of the sound (“boom”) as well as the fine, high-pitched vibration of the strings that produced it (“tingling strings”) and in the same way my sculptures explore the visual onomatopoeia of molten steel being captured in a cascading rhythm of abstract form. 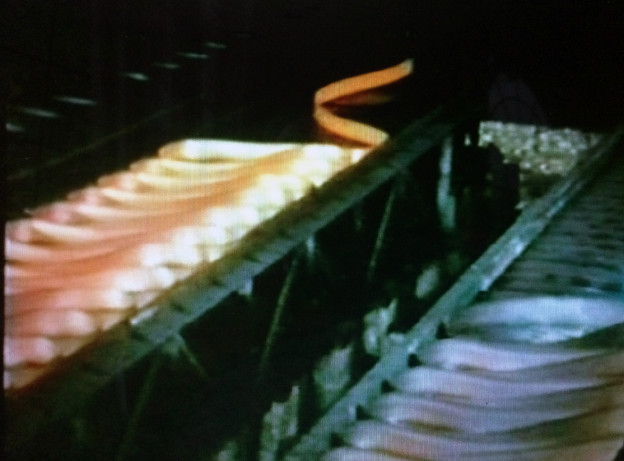 My intention is to fabricate the large-scale artwork in stainless steel in order to capture the modern environment to of the railway station, and to use polished surfaces to reflect the movement of passengers and visitors to the station. I also want the sculpture to be a celebration of Corby’s renewal over the many decades of rebuilding since the 1980’s, when its industry and identity were brought to an abrupt halt.

The railway is an important location for the sculpture because of notions of connectivity, but also because Corby can now boast a cultural iconic gateway into the town that celebrates its present and future aspirations, with only a glance to its ironstone past that once made it a worldwide hub for steel production.

Promised for years now but how the time flew

She’s suffered the comments that left her cold

Pared back to foundations, back to the bones

Such transformation is making her groan

Armies of workmen they chisel away

Rebuilding her shape, a new piece each day

It’ll all be worth it, when she’s done

She can stand with the rest; take her place in the sun