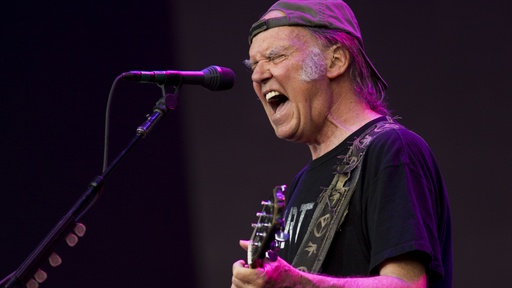 Neil Young is well known for taking a political stand in his music. Think of the song Ohio, protest song and counter anthem that fuelled a generation. He wanted to impeach Bush. He made a whole album about his electric car. Recently on his website, he shared a live version of a new track called Who’s Gonna Stand Up. In the song, he wonders who will advocate for the planet’s natural resources.

During Neil Young‘s recent tour, the rocker and Crazy Horse have been road-testing a new track, an environmental activism anthem that Young has since used to lend support to the anti-lobbyist documentary Under the Influence, Farm Aid and the People’s Climate March in New York.

Young feels so strongly about the song and its message that he has unveiled three different versions of Who’s Gonna Stand Up?: The live Crazy Horse rendition, a solo acoustic take and a mammoth orchestral interpretation that’s backed by a 92-piece symphony and choir. The latter version will most likely appear on Young’s upcoming LP Storeytone, which the rocker revealed will be released in November.

“What started as a live Crazy Horse song and was introduced to thousands of audience members wearing organic cotton EARTH shirts this fall in Europe has now been recorded live on the old MGM Sound Stage, (Now SONY), in Hollywood. With over sixty of the music industry’s finest musicians and a thirty-voice choir, this epic version resonates with a sound that has never been heard on a protest song before.”

“I’m giving you permission to please use this music in videos, clips and communications, or in any way you see fit during this critical time,” Young writes. “I hope this music can assist you in the important work we do to reach out for understanding and action in the world.”

Neil Young and all of these ninety musicians and singers recorded the song live together with no overdubs. Arrangement is by Christopher Walden. Mix is by Al Schmitt, who is one of the great “eminences grises” of the American music world, the most decorated engineer/mixer in Grammy history, and the recording is produced by ‘The Volume Dealers’.” 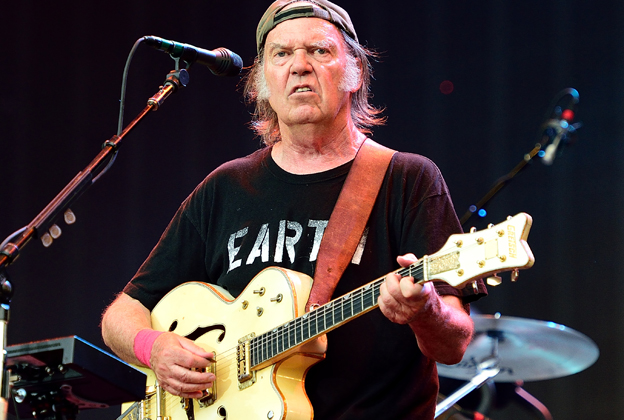 Who’s Gonna Stand Up? was inspired by the documentary ‘Under The Influence,’ which makes an impassioned argument against the influence of corporate money in American politics.

“Under the guise of democracy, huge global corporations have purchased our politicians and are writing laws that poison our planet and dismantle our democratic process. Corporations have usurped democracy by using their vast wealth to influence politics and silence the citizen voice in government.

All natural living systems are in rapid decline, pushing the human race ever closer to extinction. Despite enacted environmental protections, global corporations have recklessly abused the four natural resources that we rely on for life (air, soil, fresh water and oceans) as an open sewer for their toxic wastes with blatant disregard for humankind.

Neither the environmental crisis nor the many other social and economic crises we face can be addressed until democracy is restored and this cycle of corruption is broken by corporate money being removed from politics.

UNDER THE INFLUEN$E focuses on what can and is being done by conscious and committed citizens, movements and businesses to reverse the ecological destruction and take back democracy.”