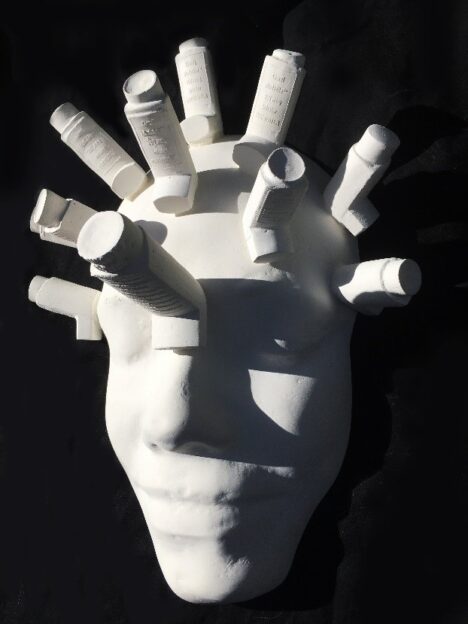 ‘And Chaos pushed forth Gaia’ 2020 Cyanotype on Paper. Part of a new series creating blueprints for the future.

‘The problem with humanity is we have Paleolithic emotions, medieval institutions, and God-like technology. And it is terrifically dangerous and it is now approaching a point of crisis overall.’

The ancient myths in which we were simply specks in a vast cosmos living in harmony with our world and each other, became the story of our ‘control over nature’. This led to the industrial revolution and a hundred years of disconnection through ‘progress’. A progress in which societal evolution became about capital accumulation via raw materials extraction at the cost of human life and delicate ecosystems.

As we enter the conceptual age, this is now being compounded by computer and biological technologies.

Yet at a time when we are entering a whole Earth politics so vividly illustrated by biodiversity extinction, climate change and a pandemic we are still living through, there is hope. From biomimicry in which we take our inspiration from natural systems billions of years in their evolution, to renewed interests in indigenous land practices, we are reverting to solutions from our ancestral past. 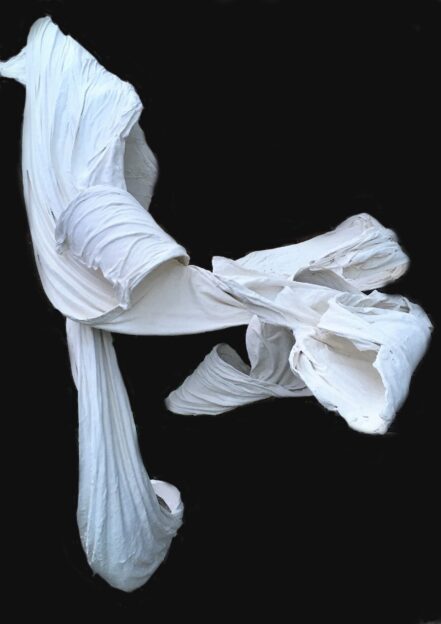 As we enter the conceptual age in which machines do the mundane, we will be forced to address those things which distinguish us as humans; stories, connection, play, beauty, creativity, purpose and a planetary home which sustains the most fundamental of our needs from water to air.

We can only live for 3 minutes without air…… . 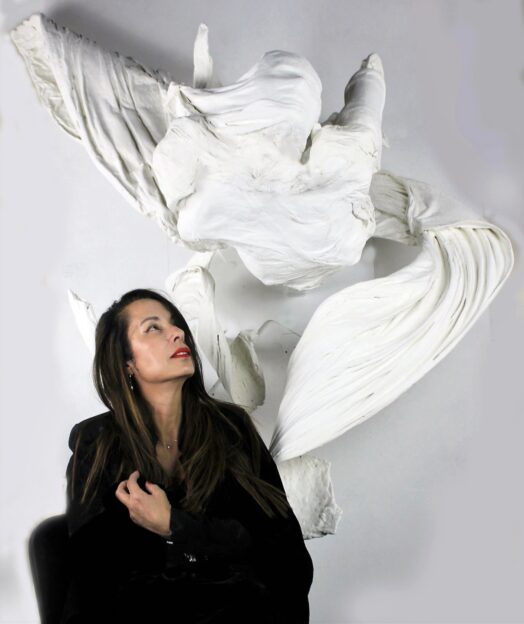 Me with ‘Breathe’ in NOx absorbing NoxTek TM, soon to be installed on the Euston Rd which is the second most polluted road in London

Macroscopic, global problems such as air pollution appear overwhelmingly insurmountable until they reduce to one point of singular clarity. For me that was when my son had an asthma attack late one night which led to hospitalisation. Within the space of one night, I questioned the provision of the single breathe as a human right that was being eroded.

Transformation can happen almost instantaneously when the variables line up and perception allows. Madonna with Child 2020 Cyanotype on Paper. Part of a new series creating blueprints for the Future.

Famine 2020 in NoxTek. One of the series of The Four Horsemen of The Apocalypse. (Image by Public Art UK )

This led to a series based on the Four Horsemen of the Air Apocalypse inspired by the mythopoetic stories of ancient Gods and muses through which we gained an understanding of our place on the planet. Pioneering sculpture in a geopolymer material which can absorb the very NOx particulates responsible for breathing difficulties it is for me, the perfect marriage of tradition and innovation, art and science, perspective, and impact. 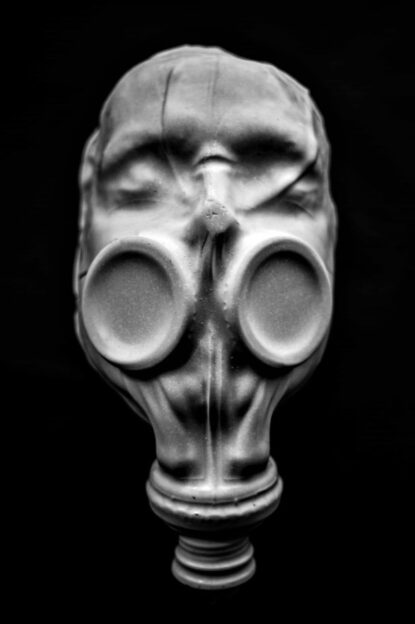 Pestilence (the Green Man) 2020 in NoxTek. One of the series of The Four Horsemen of The Apocalypse. Image by Jennifer Moyes. 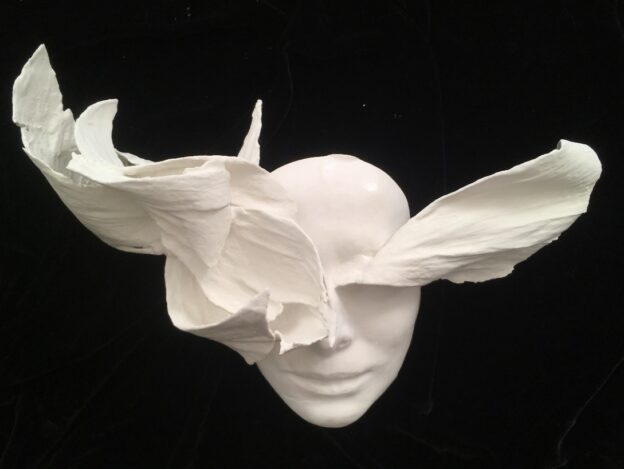 Persephone 2020 in NoxTek. One of the Flower Girl series. 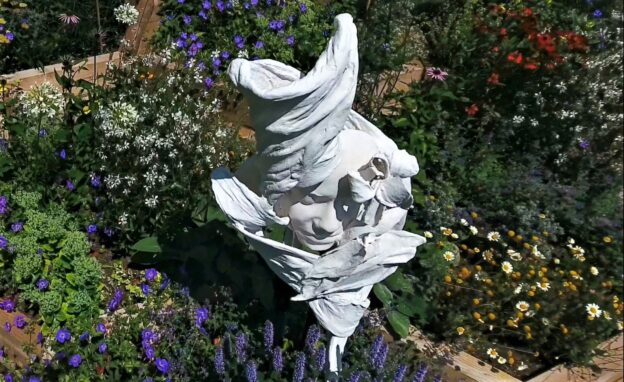 ‘Flower Girl who will only awaken once more upon the buzzing of the bees’ 2020 Sculpture in pollution absorbing geoploymer NoxTek TM in the new Bee Gardens planted by Wesley Shaw, Head Horticulturist  at The Horniman Musuem in South London. Pollution is known to stop bees finding their pollinating plants. Drone images by Public Art Uk 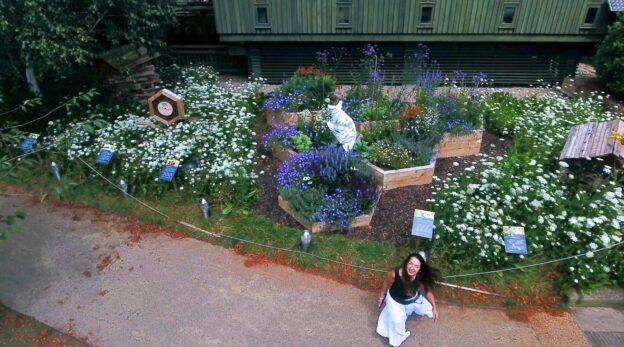 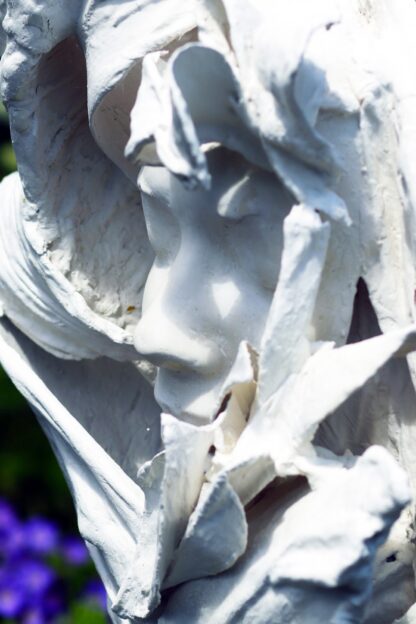 Detail of ‘Flower Girl’ at The Horniman Museum 2020.

The iconography of past deities led to arrogance which led to the downfall. Our present arrogance lies in our disconnection from the Goddess Gaia not only in the physical but subconsciously. We have forgotten our inherent need for our planetary home.

But were we able to re-awaken the inherent reciprocity that lies within the ecological subconscious once more, could we perhaps heal the seeming alienation between human and our natural environment? 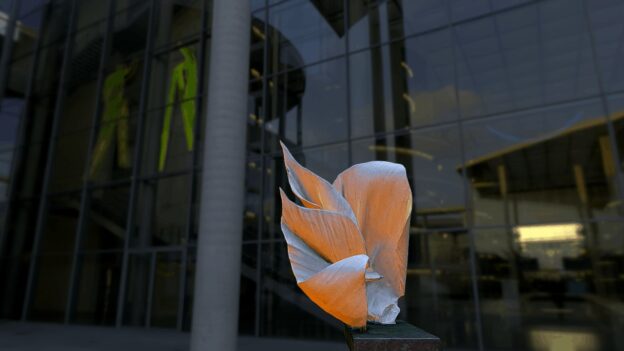 Render of a scaled up ‘Calia Lillies’ 2020 by Public Art UK. 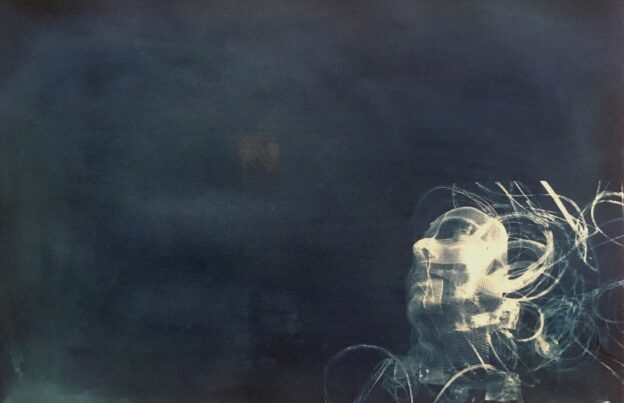 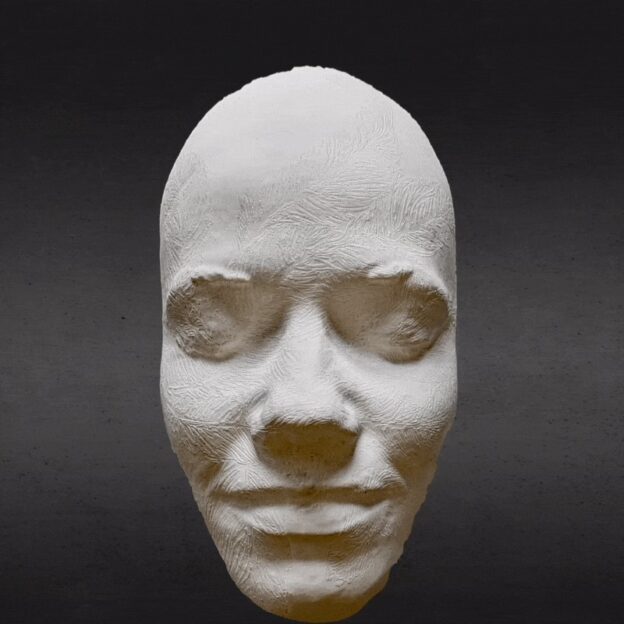 Could the Great Pause then, caused by a pandemic arising from our ‘arrogance’ lead to a new realisation?

A chance to create a new blue-print for the future.

All images copyright and courtesy of Jasmine Pradissitto

Jasmine Pradissitto is an international artist, innovator, and speaker with a background in physics based in London. Pradissitto’s sculptures in NOx pollution absorbing ceramics, pioneer materials using new and traditional techniques. Inspired by nature, the human condition, the mythopoetic and a more sustainable future, her forms create a commentary on an unsustainable, increasingly Anthropocene world slowly being reshaped by the things we consume and then disregard. She creates work that builds awareness about diminishing air quality and biodiversity extinction. She has recently installed one such sculpture ‘Flower Girl’ at The Horniman Museum Gardens to help the bees find their pollinating flowers in London and another ‘Breathe’ is soon being placed on the Euston Road which is the second most polluted road in the UK. She has a Ph. D from UCL on the quantum behaviour of silicon and has studied fine art at Goldsmiths College and London Met. As well as an l artist, with pieces in collections such as The Corinthian and Tokyo Museum, she speaks and lectures on the of power creativity to engender change. View all posts with Jasmine Pradissitto →