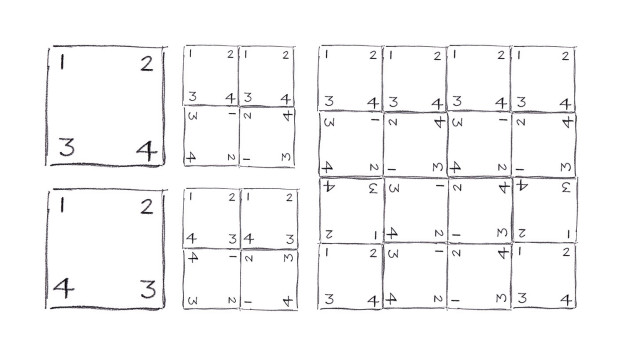 For most of the Common Era (CE) European art has been a representation of something:  a portrait of a religious figure or patron, an image of a landscape, real or imagined.  Then in the late 19th century the US philosopher Charles Sanders Peirce and the Swiss linguist Ferdinand de Saussure independently investigated a framework that we now know as semiotics.  It was a method for examining communication via the relationship between a sign and that which it signified.  Although their concern was with the worlds of language and ideas the concepts they were dealing with were a part of the international scholarly milieu and artist like Paul Cezanne and Georges Seurat were simultaneously making comparable analyses of visual representations in the artworks they produced.

The work of these post-impressionists had a profound influence on the art of the 20th century.  Art as a formal analysis of it’s own processes was the theme of several inter-related strands of 20th century art that, in the late 1960’s, overthrew the concept of art as object and replaced this with art as process.  The systems and conceptual artists embraced and developed these ideas and then in the 1970’s a new generation of artists began to encode these concepts using the formal linguistics made possible by the new science of computing.

Computer art, as such, was not new.  By 1970 it was at least 20 years old and already in 1968 Jasia Reichardt[1], at London’s Institute of Contemporary Art (ICA), had curated a major historical survey of the field called Cybernetic Serendipity[2].  But it was the young artists working at the Slade School of Art’s postgraduate Experimental and Computing Department from 1974 to 82 who were specifically addressing ideas from both systems and conceptual art within the context of the emergent computational domain.  Their endeavours were recently recognised by scientists as laying one of the foundations for what, a decade later, became known as artificial life or Alife.  And one of their focal agendas was an artwork that would exist – and might even be created – independently of human agency.

In order to better understand their contribution we should first revisit some history so we can examine the context of the ideas these artists were engaging with, the technical and aesthetic innovations that influenced them and their legacy in the art of today. 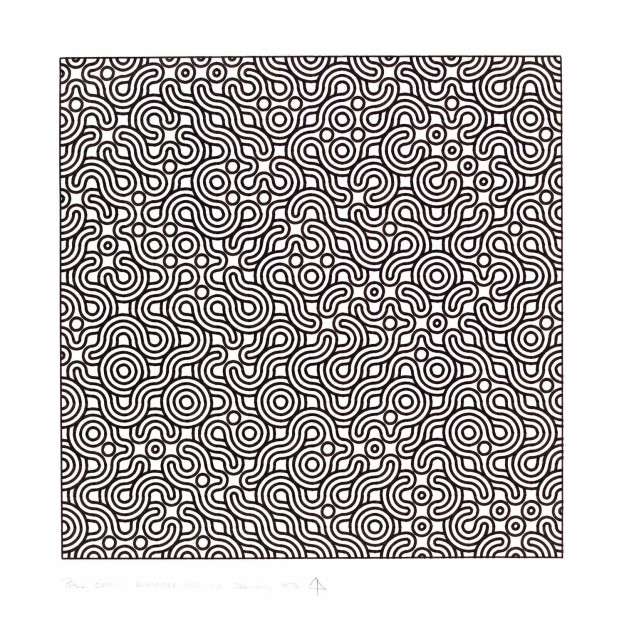 The development of a robust photographic process in the early 1800’s (by Daguerre, Fox Talbot and others) undermined one of the major historical obligations of the visual arts – that of representation.  The arts were free to pursue other avenues and, of course, find alternative sources of support!  By the 1890’s the French artist Paul Cezanne was using his artworks to investigate the relationship between the brush marks he made on a rectangular white canvas and the objects those marks represented.  In a theoretical sense his work was remarkably similar to his contemporary, the American philosopher Charles Sanders Peirce of whom it is unlikely he was aware.  Peirce’s semiotics is a study of communication via signs and consists of a triadic relationship between the sign or signifier, that which is signified and the interpreter who recognises their relationship.  So Cezanne’s brush marks are appropriate and facilitate the act of cognition that enables the spectator to correctly attribute them to the object represented – a barn, tree, mountainside, etc… – and comprehend the scene as a whole.

The thoughtful reader will now object – but surely that’s what artists have always done?  Some six centuries earlier Giotto di Bondone was using appropriate brush marks to enable the correct interpretation of his early renaissance frescos!  Cezanne’s contribution then is in making explicit this previously implicit – or intuitive – comprehension of the artist’s methodology.  He puts it into a formal framework where it can be examined and deconstructed then used as a foundation for further analytical thinking and artistic creation.  Cezanne’s paintings of this period are about the triadic act of cognition; this is their subject and primary reason for existing.  So Cezanne becomes one of the first formal conceptual artists of the high modern period and his work had a profound influence on the arts of the dawning 20th century. 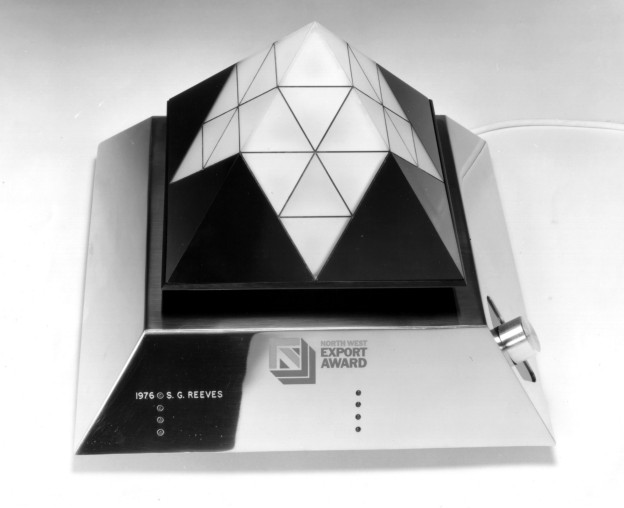 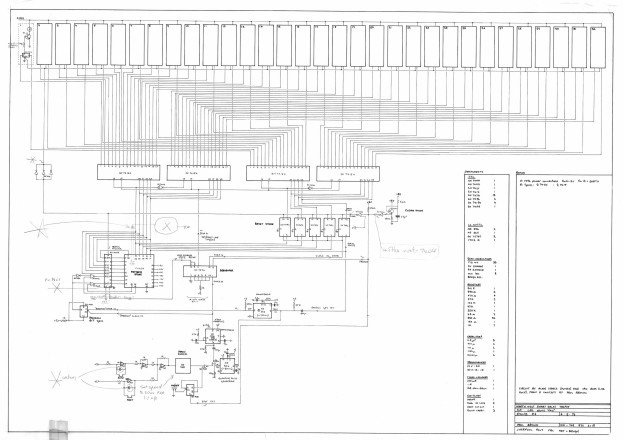 In particular artists like Kandinsky and Malevich question the relationship between sign and signified and propose an art where that relationship becomes an abstraction.  For them it does not represent something real ‘out there’ but rather some inner, transcendental or spiritual state of mind.  Kandinsky’s theosophical studies[3] led him to the work of Leadbeater and Besant on Thought Forms[4] (published 1901) that contains illustrations of ‘etheric’ images that are clearly influential on his later abstractions (see plates M: Music of Mendelssohn and G: Music of Gounod in particular[5]).

Paul Brown is an Anglo-Australian artist and writer with studios in Ocean Shores, NSW and London. He is also Synapse Artist-in-Residence at the Centre for Intelligent System’s Research, Deakin University, Geelong, Australia and an Honorary Visiting Professor of Art & Technology at the Centre for Computational Neuroscience and Robotics and School of Informatics, University of Sussex, Brighton, UK. View all posts with Paul Brown →