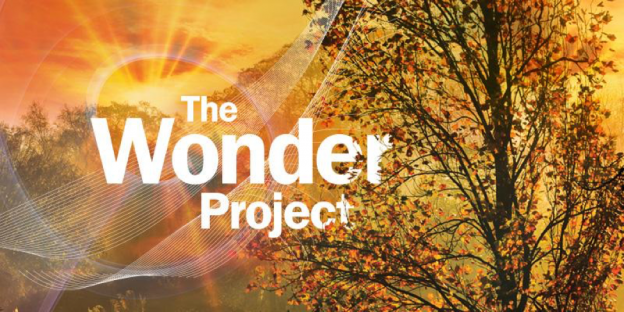 Seeking art in nature, experience Wakehurst in a different light.

This summer immerse yourself in the dynamic stories of nature with a brand-new evening event: The Wonder Project. For a select few nights, visitors will have the chance to take part in a multisensory after-hours journey exploring the wild landscape of Wakehurst, Kew’s sister garden in the heart of West Sussex.

Curated by arts collective Shrinking Space, who have previously worked with the likes of Somerset House and the Science Gallery London, The Wonder Project will encompass specially commissioned soundscapes, sculptures and artworks from a roster of esteemed UK artists and creative studios. Audiences will meander through Wakehurst’s woods, meadows and glades to interact with installations embedded into the landscape. The Wonder Project will encourage people to step out of their comfort zones, step away from their go-to-responses to any given situation, and attempt to wonder about where they find themselves in a new light.

‘Much of Kew’s research is about helping humanity stay away from the brink of ecological collapse, one wonders if this is possible? For example, there is research with indigenous groups; the search for wild relatives to safeguard tired, domesticated crop species; the banking of billions of seeds. Altogether a dynamic, omnibuzzing ecosystem of seeds, trees, fungi, birds, insects, scientists, horticulturalists and wanderers; Wakehurst is rife with organisms wondering. We are looking forward to audiences participating in these stories, allowing themselves to be part of nature.’ Andy Franzkowiak, co-director of Shrinking Space.

Each installation is part-inspired by the stories of the gardens themselves; Wakehurst’s 500- acre expanse boasts an incredible collection of plants, wildflower meadows and woodlands. The artists have also worked with scientists from Kew’s Millennium Seed Bank, situated at Wakehurst, to bring to life some of the vital science work undertaken there to preserve and conserve the seeds of the world’s plants for future generations. 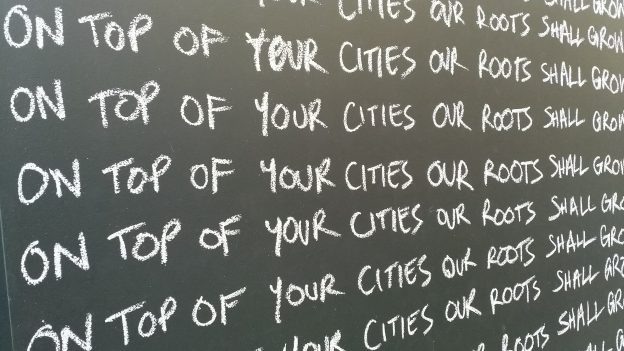 One such installation comes from renowned British-Ghanaian artist Larry Achiampong. In partnership with Shrinking Space and Kew Wakehurst, Larry Achiampong has developed a new site-specific work inspired by archival research and his Afro-futurist ‘Relic Traveller’ project. Embedded in the wild botanic grounds are four text-based black sculptural elements accompanied by a haunting prose written in collaboration with Aida Amoako.

The prose references narratives of migration, the flourishing and decay of diasporic and indigenous bodies, and the preservation of knowledge, in part inspired by research carried out at Wakehurst today. 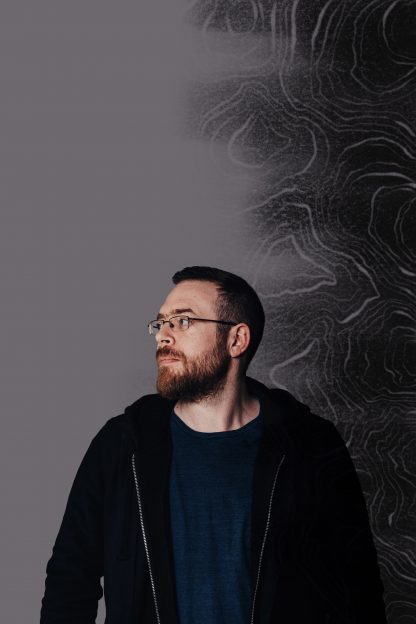 Along the journey, Joe Acheson’s Sonic Woodland will reach the ears of visitors. Brighton based composer Joe Acheson and sound engineer Tim Southorn have collaborated to create an entrancing soundscape within one of Wakehurst’s woodland glades. The artists have built a sound system to produce a soundscape that emanates from the trees and earth. The installation represents the underground network of fungi that connects trees and allows them to communicate: a natural collaboration which very few people know about. With his solo studio project Hidden Orchestra, Acheson has released four albums and has performed over 250 shows in over 30 countries.

On his work for The Wonder Project, Acheson says: “On visiting Wakehurst we were immediately drawn to a quiet glade in the wilder part of these unique botanic gardens, in which we hope to create a sonic environment which reflects in some small way the intricacy and wonder of the hidden relationships between trees and fungi.” 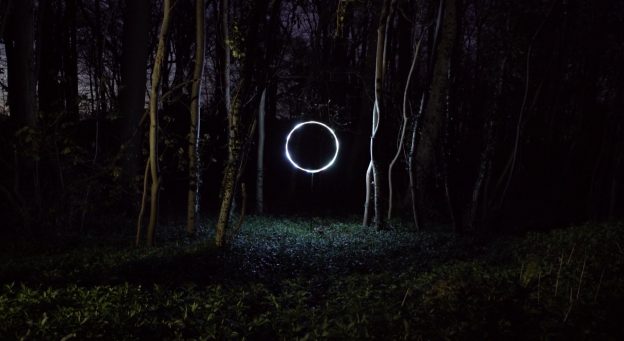 Creative video-design studio Limbic Cinema have constructed a mesmerising light sculpture to reflect the solar cycle. The twelve illuminated elements of the installation represent each month of the year. Limbic Cinema have previously created works for festivals including Glastonbury, Shambala and Greenman to name a few. 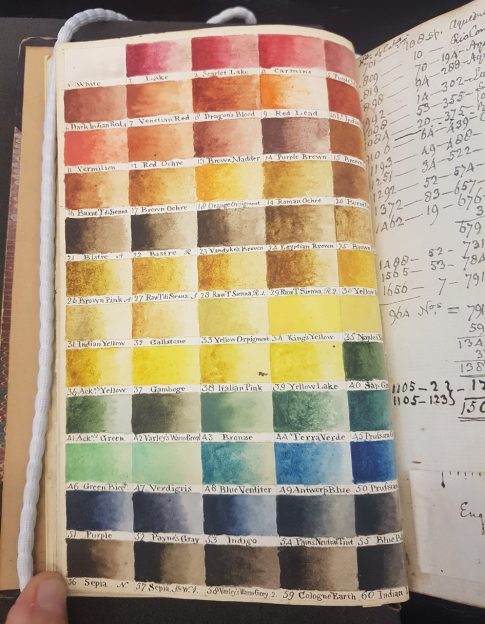 Throughout the journey, visitors will also be able to participate in the creation of Colourfield by artists Eloise Moody and Vicky Long, a new project that will ask audiences to reimagine colour in response to Wakehurst’s wild and wondrous environment. Over the course of the eight evenings of The Wonder Project, a ‘People’s Archive of Colour’ will emerge, representing participants’ experience of colour at Wakehurst. 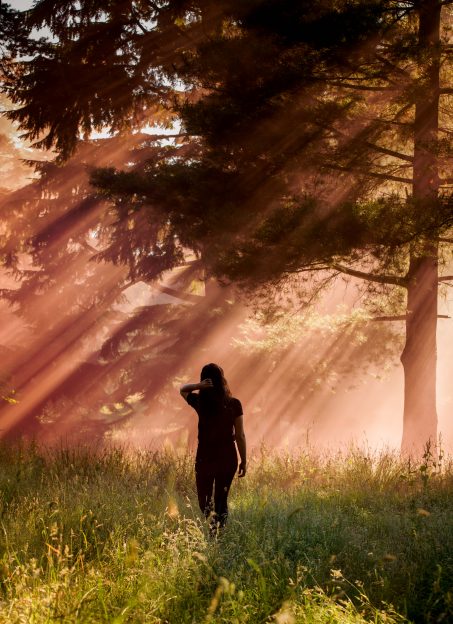 Lorraine Cheesmur, Head of Programmes and Learning at Wakehurst, says: “The Wonder Project will offer a bewitching experience to both first-time and regular audiences to Wakehurst, stimulating their curiosity and inviting them to learn more about the importance of plants and our own place in the natural world.”

Audiences will be able to pick up a glass of wine and a bite to eat before they embark on their journey.

Wakehurst, Kew’s Wild Botanic Garden in the Sussex High Weald is one of the most beautiful and significant botanic gardens in the country. It is home to Kew’s Millennium Seed Bank, which houses and protects seed from the world’s most substantial and diverse collection of threatened and useful wild plants, and leads the MSB Partnership, a crucially important global science-based conservation programme which is the largest of its kind in the world.

The estate includes a contemporary botanic garden, where ornamental plantings and exotic tree and shrub collections of international importance sit within native woodland. Wakehurst’s natural assets associated with its countryside location renders it complementary to Kew’s West London site, with different growing conditions, and a real emphasis on wild plant collections. Coupled with the Millennium Seed Bank, Wakehurst offers an inspiring, immersive, and educational day out for the whole family, and serves as a vital contribution to UK and global plant conservation.

Kew receives just under half of its funding from Government through the Department for the Environment, Food and Rural Affairs (Defra) and research councils. Further funding needed to support Kew’s vital work comes from donors, membership and commercial activity including ticket sales.

With works that examine his communal and personal heritage – in particular, the intersection between pop culture and the postcolonial position, Achiampong crate-digs the vaults of History. These investigations examine constructions of ‘the self’ by splicing the audible and visual materials of personal and interpersonal archives, offering multiple perspectives that reveal entrenched socio-political contradictions in contemporary society.

Achiampong is nominated for the Jarman award 2018 for the work ‘Finding Fanon’, a collaboration with David Blandy.

Joe Acheson is a composer, producer, sound artist mainly known for releasing music as Hidden Orchestra. Aside from Hidden Orchestra, Joe makes music from found sounds, and undertakes music and sound commissions from the likes of The British Library, the BBC, The National Trust, and The Saatchi Gallery.

Limbic Cinema is a video-design studio that specialises in the creative application of projection, light and digital technologies. Their work often involves augmenting architectural features, physical objects and intricate spaces through the use of projected imagery and light. The results can be seen in a variety of scenarios from site specific theatre and installations to one off music events, art galleries and music videos. The outcome is very often immersive and always transformative.

The studio has also worked closely with theatre giant Bristol Old Vic to deliver a narrative based projection mapping experience, celebrating 250 years of their history.

Eloise Moody is an artist/maker exploring the interface between fine art and craftsmanship through socially engaged practice. Her work investigates subjects of memory, absence and belonging. Often working with specific groups of people, she uses diverse media and skills to translate her research into finely-made objects that return to the public realm. Eloise finds joy in working with a variety of materials and techniques. Having worked extensively with textiles and straw, she has also bound books, woven nets, coiled fine clay pots and even baked solid gold artefacts into 100s of loafs of sourdough bread.

Eloise has made work with Metal Peterborough, Arts Council England, The Art Lending Library, The Museum of Art and Design- New York, Studio Orta, W magazine, Vogue and Selfridges amongst many others.

Vicky Long has a long-held interest in the power of adventure and its capacity to draw us closer to our environment. She has devised and led a range of explorations in the past, involving artists, scientists and young people. All have been geared towards the production of creative outcomes. The pairing of exploration and creativity is central to Vicky’s own practice – established as Studio Long in recent years – producing installation and time-based work with story-telling at its heart.

Vicky has created work for commissioners including the Eden Project, British Council, Cape Farewell, Culture and Climate Change / AHRC, TfL and the boroughs of Lambeth & Wandsworth, and works with a wide range of creative collaborators, including Transport Theatre, Scenografika and DSDHA Architects.

Shrinking Space is an arts collective and production company. We develop multidisciplinary projects to foster collaboration between science, art and culture, placing the audience at the centre of the experience. We’re driven by a commitment to promoting the distribution of knowledge, critical thinking and lifelong learning.