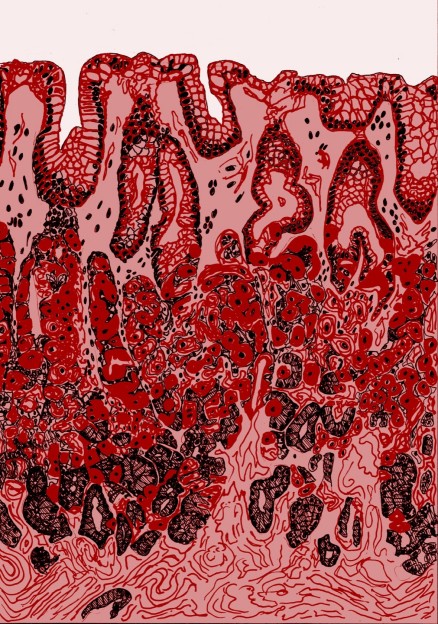 Claudia Stocker: I studied Natural Sciences at the University of Cambridge for four years, completing an MSci in Systems Biology in 2012. There wasn’t much of an art scene at university but I used to do a lot of illustration for the student newspapers and design posters for the theatre. When I graduated I moved to London and decided to try going freelance as an illustrator and graphic designer. I soon realised that I much preferred science-related projects where I actually got to use my degree. Two years later I was awarded a scholarship to go and study and the Royal Drawing School for six months. It was a very intensive course with a big focus on life drawing. I felt a lot more confident in exhibiting afterwards though. I moved to Bristol a year ago and am still trying to pin down a studio as I’m doing much larger works now. 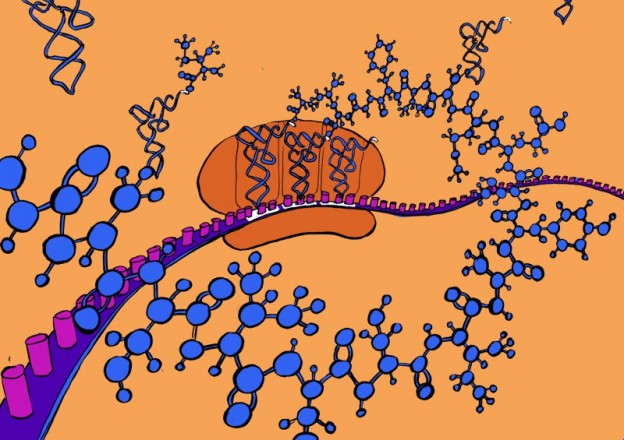 RB: As well as studying the Natural Sciences you are also an artist. How do these two worlds combine in your work?

CS: Most of my work is inspired by current research. The larger pieces that I do are usually based on either a scientific issue or the recent research of a scientist. I like to read as many papers as I can get my hands on to make sure I’m representing everything correctly. It can sometimes be hard to make sure that you’re actually producing an interpretation of the work and not just a more aesthetically pleasing redraw of the paper’s figures. That said, sometimes having a bit less to work with can make you more creative. I tend to find physics papers the most challenging yet creatively productive ones to do, because most of the figures are just equations so you can’t just recreate them on paper. 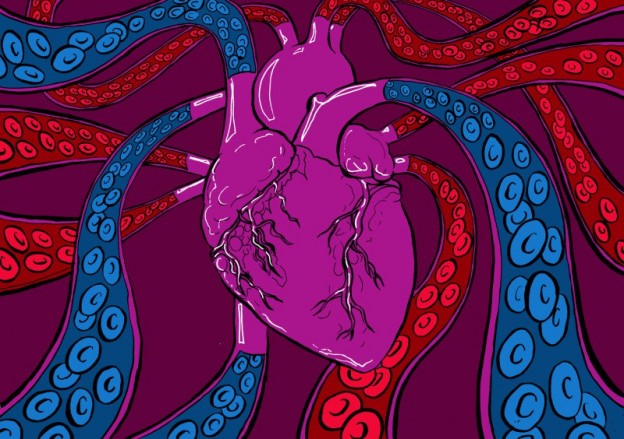 RB: Your work is included in the exhibition Sci-Art Synergy, at the RUH, Bath. What do you understand by the term ‘sci-art synergy’?

CS: I once did an exhibition project called synergy which explored what happened when you broke down drawings into their individual lines or shapes. Similar to Ursus Wehrli’s ‘tidying up art’ project (link: https://www.ted.com/talks/ursus_wehrli_tidies_up_art). If you isolate individual aspects of a project then they’re not that interesting, how you put them together is important. In a similar way I’d say Sci-Art synergy is about anchoring science in its cultural context. You may not have added anything new per se, but how you put it together and expressed it added another dimension to its meaning. 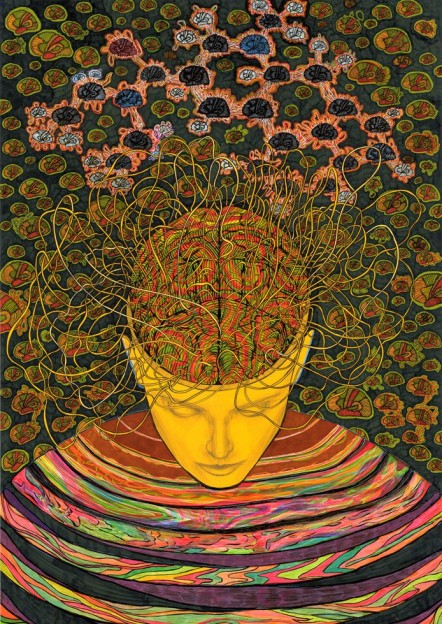 RB: Do you have any specific examples where scientific thinking have helped to guide your artistic explorations? And vice versa?

CS: What I think of as scientific thinking is formulating a hypothesis and then attempting to disprove it. It’s quite difficult to disprove things in absolute terms with artwork, you have to come up with pretty strict judging criteria. Maybe you could have a group of 100 people who voted on whether an iteration of a piece was an improvement or not. I think a lot of the time the expectation is that the artist is the sole judge of their work. If artists react too much to what other people think they’re accused of either being too commercial or just trying to be provocative for the sake of it.

On another note, a lot of genetics studies start out as data gathering. You run a massive genetic screen and try and find any individual genes that are interesting. You then formulate hypotheses based on those genes. You can do something similar in artwork when you’re trying to find the perfect media by drawing the same thing but in different materials combinations. That was always one of my favourite things to do at art school, take something like a tube of oil paint and brainstorm all the different ways I could make marks with it. 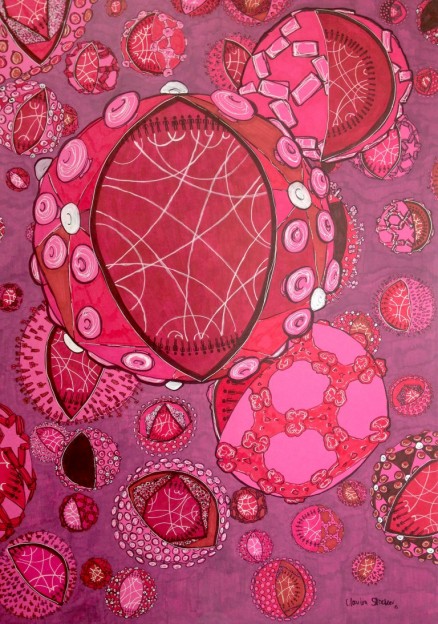 RB: Can you say something about Vivid Biology?

CS: Vivid Biology is the science design company I run. We do science illustration, infographics, graphics design and a bit of animation. I tend to think of the illustration and the artwork as two different things as the illustration is a digital file that can be repurposed or printed onto anything, whereas the artwork is a unique physical piece. I draw the illustrations by hand though so I do sometimes re-purpose pieces originally created as illustration into artworks. 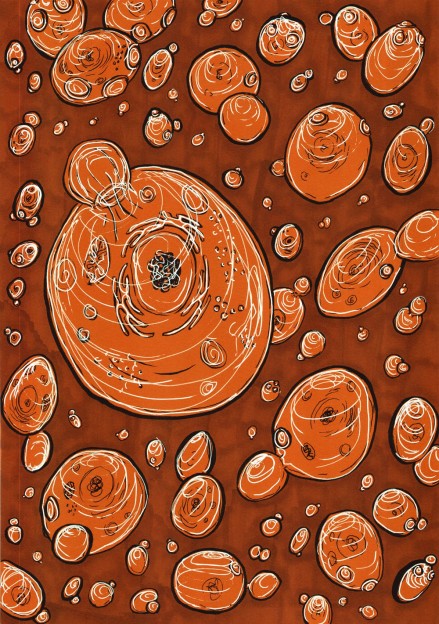 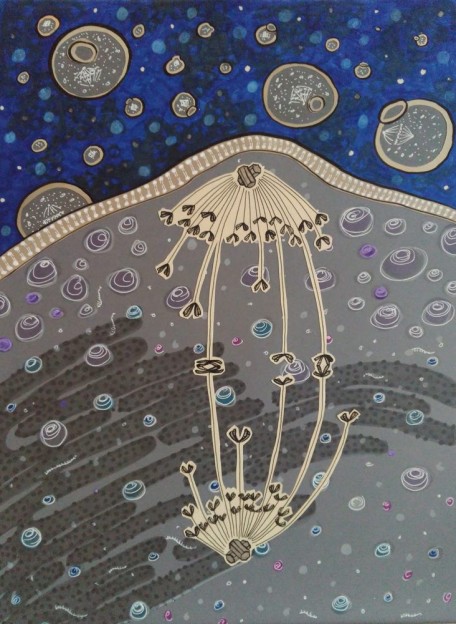 CS: Some of them are as they were originally drawn to illustrate particular scientific ideas, such as restriction enzymes seeking palindromic sequences in DNA. I’d say they were scientific as they’re not really adding anything to the concept other than slightly nicer aesthetics. Ideally they’d be a bit scientific (enough not to be factually wrong) but display the concepts in a novel or unusual way. 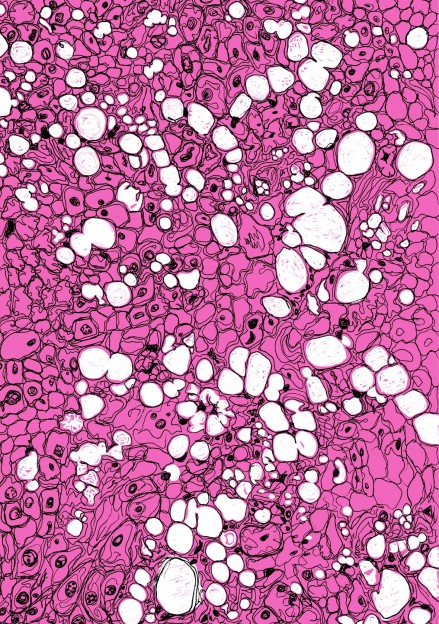 CS: When I was a student I was told that you don’t really understand a concept unless you can explain it to someone else. I think that encouraging scientists to explore other ways of communication allows them spot gaps in their knowledge more easily. Different forms of communication require you to emphasise different features. You may be able to write about a process, but if you try to make a 3D model of it you may realise that you don’t actually know all the little details you thought you did because the vocabulary glossed over them for you without you noticing. In the arts I think it’s a lot more interesting when you’re trying to be creative within defined constraints. You can’t argue with scientific facts, those are your set boundaries, so you have to challenge yourself to be creative in a much smaller space than usual. 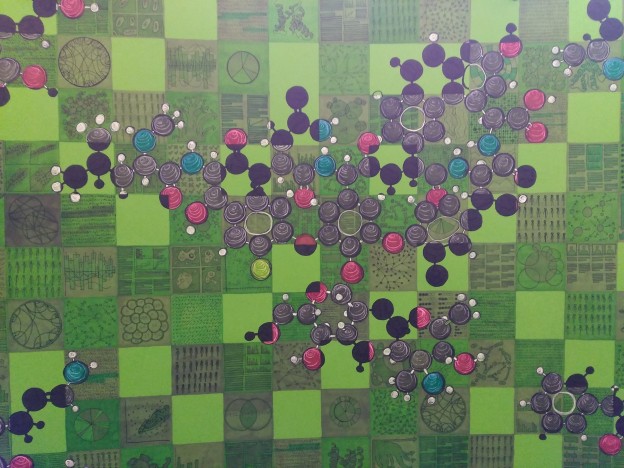 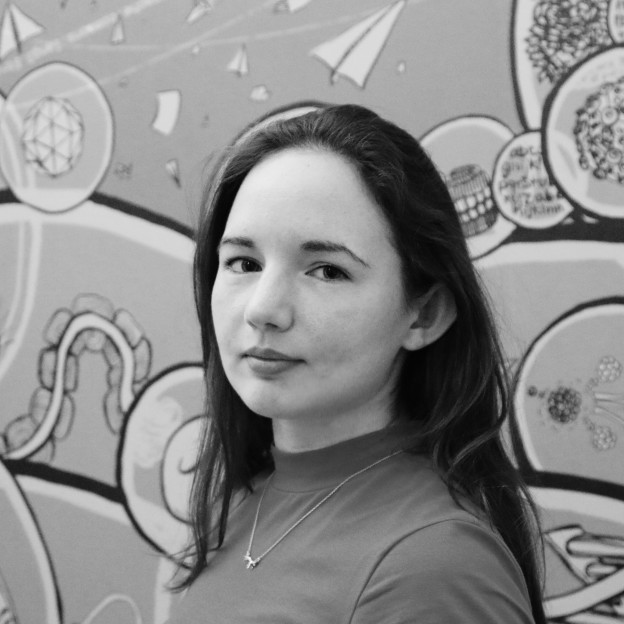