Art and science: a historical divide

Art and science have always had their differences. Art has historically been perceived as an instrument of beauty. In the words of Kant, art has a “purposiveness without a purpose”. This means that even though the artwork might be done with a purpose, the artwork is the purpose itself. In line with Kant’s view, the famous poet and playwright Oscar Wilde said: “All art is quite useless”. It seems logical to assume that this is only true if a true purpose ought to be external to the agent, if having a purpose means serving an external force.

On the other hand, if we take having a purpose as ‘serving an external force’, science does ‘have a purpose’. Science serves humanity in advancing knowledge by understanding and explaining the world we live in. As I see it, both disciplines have a common goal which involves seeking a better understanding of the world. Art seeks for this understanding by posing questions, and science by providing answers.

Even though art is known to be more subjective and science more analytical, similar conclusions can be reached by both disciplines through different mediums. Therefore, building a team of artists and scientists that can work on solving problems together and use their experience and skills to complement each other seems to be a logical strategy. Even though art-science collaborations and projects have significantly increased in number and quality over the past years thanks to funding from prestigious institutions such as the Wellcome Trust, many experts agree that science and art still sit at opposite ends of the intellectual spectrum (eg. see Wright et al., 2006).

Art in Science, Science in Art

The beginning of art-science collaborations dates as far as the Paleolithic. Throughout history, art has traditionally served to illustrate science, showing up in science books and lectures as anatomical drawings or plant sketches.

As C.P. Snow famously described in his lecture at Cambridge, the arrival of the 18th century and the industrial and scientific revolutions, technical specialisation and advances in research and machinery required professionals to specialise more and more, enlarging the gap between humanities and sciences. Nevertheless, many experts defend that art science and technology kept influencing each other in many ways.

During the past decades art seems to have taken on a new function. Not only it has the potential to communicate scientific knowledge but it also has the ability to introduce new topics of research and points of view that contribute to the advancement of contemporary science. The experience and skills of the artist bring a new perspective into research that facilitates innovation and new ideas. The crucial role of the artist has been backed up by many experts in the past decades (eg. see Wilson, 2002). Nevertheless, art has often been challenged as a medium to communicate science and has been neglected as a medium to advance technology and scientific knowledge (eg. see Ede, 2002).

There is however a large body of science that demonstrates that promoting collaborative projects between technology and the arts results in new ideas (eg. see Sandin et al. 2006 or Plautz, 2005). In the age of information that we live in, we strive for innovation and new ideas. Promoting interdisciplinary collaboration is therefore a necessity to keep innovation in science and technology, as well as the arts and humanities. We can only achieve this by bringing together experts and breaking the borders between science and art to achieve something greater.

With the rise of interdisciplinary research at the end of the 20th century, came a need for dedicated centres and institutions to support this kind of collaborations. The Science Gallery, which first opened at Trinity College in Dublin in 2008, was one of the first organisations of this kind, providing a space for dialogue between scientists and lay audiences and promote art-science collaborations for the public engagement of science.

Mouthy was the third pre-opening season at the Science Gallery London, taking place from July to December 2016. Its aim was to invite their audience to connect with their mouths in new ways. Spit Crystal was a project proposed by Ines Camara Leret, a conceptual artist. She collaborated with scientists at the Dental Institute and Professor Brian Sutton and Alkistis Mitropoulou from the crystallography department at King’s College London. 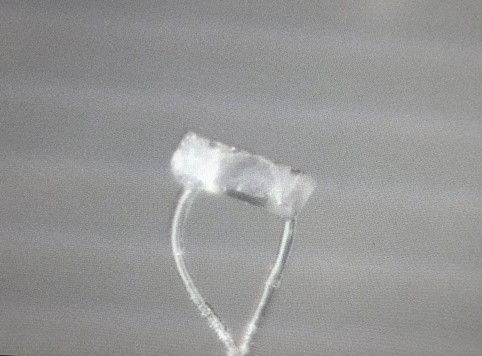 Figure 1: Microscopical image of the crystal formed from Ines’ saliva for Spit Crystal (2016).

Spit Crystal had its inaugural exhibition from the 8th to the 11th of November 2016 at the Oral Emporium, a reconverted bookshop at Guy’s Campus, London Bridge. The exhibition presented the image of the microscopic crystal produced in collaboration with crystallographers and salivary researchers at King’s (Figure 1). The crystal was formed from the artists’ saliva that was gathered during a month and displayed alongside a large-scale replica (Figure 2)

Judit Agui is a science communicator based in Berlin and trained in London. Her background in Neuroscience and History of Art inspired her to study the link between Art and Science. Judit is currently exploring the benefits of communicating science to the public through art as an access point using a multitude of media including exhibitions, visual media, installations and articles. Outside of this, Judit is a core member of the international group known as Crossmodalism, who explore the benefits of collaboration across the arts, sciences and entrepreneurship. View all posts with Judit Agui →

between Art and Science
Issue | November 2017