It was whilst travelling around Japan that I discovered ceramics.  I met a Japanese potter and instantly felt a natural affinity with the clay.  The solidity of the material and the sensation of ‘touching the earth’ intrigued me.  I learned how to throw and hand-build and became part of the ceramic community whilst selling my work at local ceramic fairs in Kasama, Mashiko and Aizu.  During this time I built my own Anagama kiln and thoroughly enjoyed the three to four day firing process. 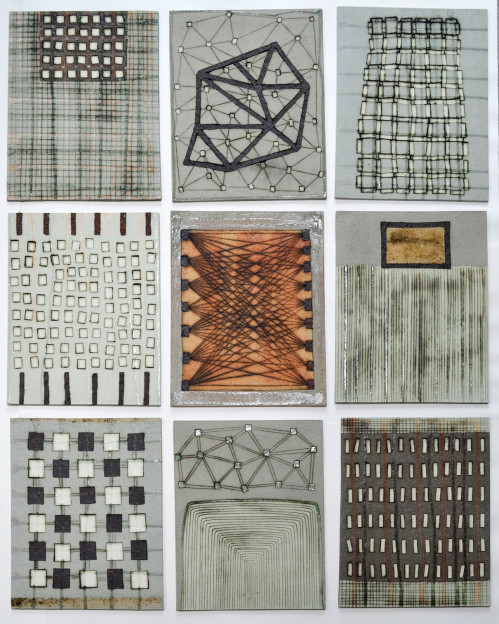 Returning back to UK with a determination to learn more about ceramics I went to Cardiff and embarked on my MA.  During this time I gradually realised that my concerns lay primarily in the surface composition and as I continued with painting, printmaking and collage-making I developed the technique of inlaying different clays within a two dimensional format.  With line and texture as crucial elements in my work ceramic wall panels are a natural way to express myself.  My ceramic wall work encompasses the fundamental elements of painting, drawing, printmaking and hand building.  Inlaying the different clays creates areas of texture which I further work upon by drawing fine lines into the surface. The clay colours and sparing use of glaze enforce a limited palate.  Finally the clay is subjected to the alchemy of the heat of the kiln and the piece is completed. 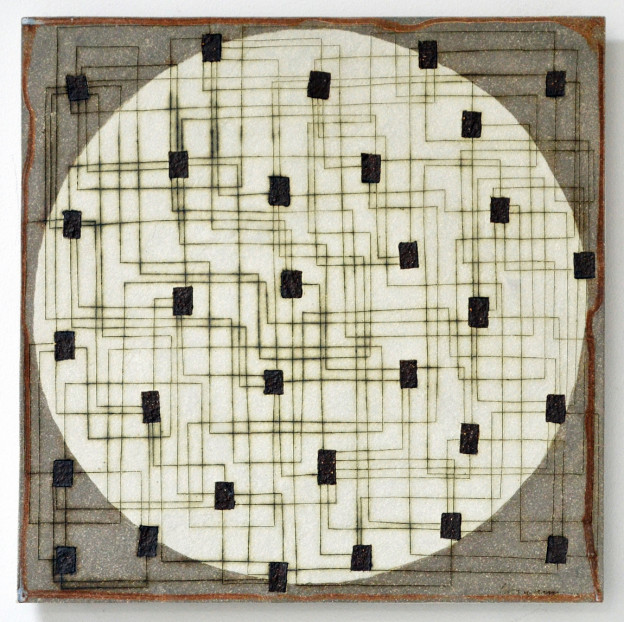 It’s been almost twenty years since I set up my own studio and I have continued to develop my work and ideas.  Over the years the work has become more refined and formalised and I now produce work as a series as well as individual pieces.  In 2008 I completed a printmaking MA at Anglia Ruskin University in Cambridge. The printmaking and ceramics work in tandem and I use similar creative techniques in both disciplines. 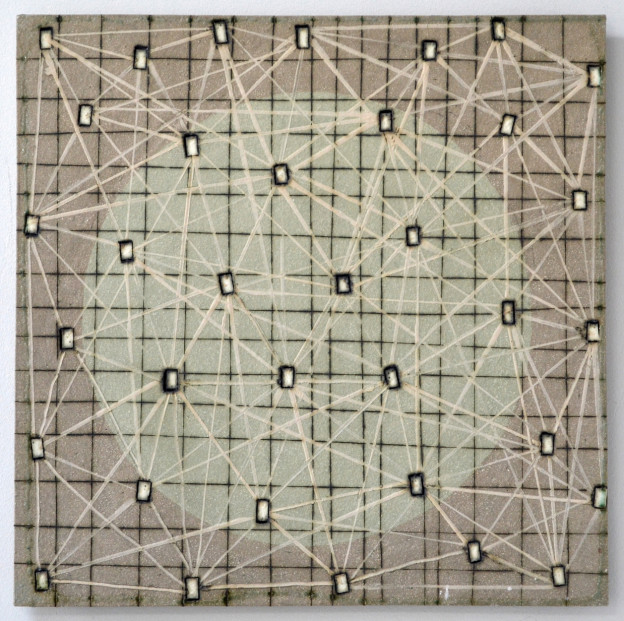 My ideas began from an abstracted essence of the landscape.  It was while looking at my environment through the camera lens that I felt fully engaged and I found I could see the patterns around me more clearly. I started looking at the philosophy of how the brain worked and became interested in the differences between the left and right sides of the brain and their different functions. The left side is linear, sequential and logical whilst the right is holistic, random and intuitive.  Although this theory is unproven it made sense to me and offered an explanation of how I perceive the world.  I have always seen in patterns and could sense an underlying order and connection in those patterns.  I surmised that I was instinctually using the ‘right’ side of the brain. 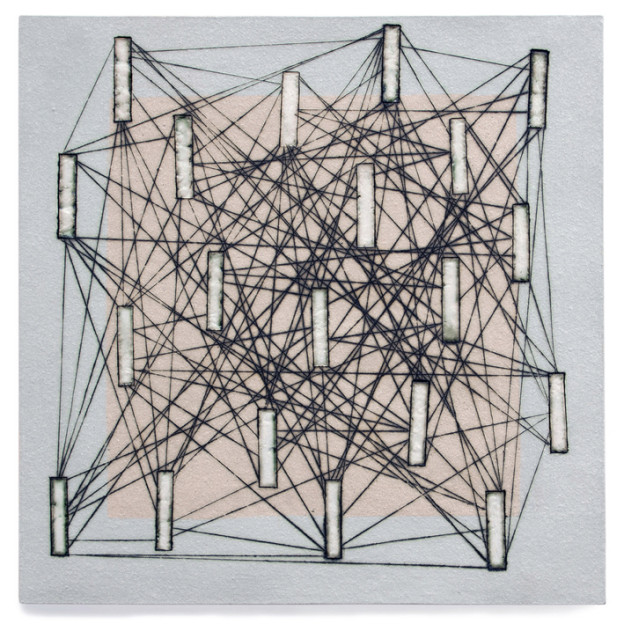 My research has continued with this theme and I am interested in how the worlds of art, science and spirituality converge.  Patterns in the landscape have led me to look at energy patterns, mathematical patterns and modern physics.

Human beings have the ability to recognise patterns and this recognition is a perception of order.  The constructed patterns in my work bring to mind images such as the neurological connections in the brain and the traces one sees on a map of a city or in excavations of ancient cities.  Celtic designs, architects plans, aboriginal art, maps, mazes, mathematical shapes and even the internet are also brought to mind as the patterns inherent in them are timeless and we relate to them on an intuitive level.  I believe that many artists and writers have intuitively known what is now being explained by modern physicists. 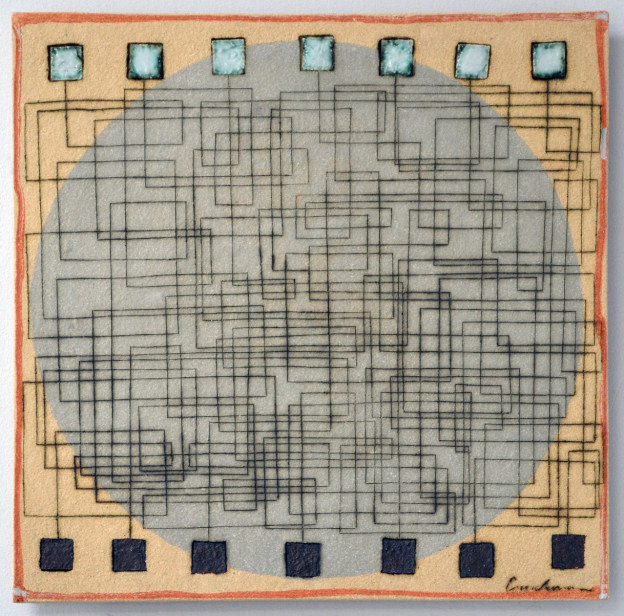 Contemporary physics have redefined how we see the world.  The physicist David Bohm has proposed an ‘implicate order’ – a theory of quantum physics which treats the totality of existence as an unbroken whole; everything in the universe that we can observe, measure, describe, and come to understand is interconnected.  This ‘implicate order’ resonates with the way that I intuitively see and feel the world around me to exist.  I have always felt a sense of order in the seeming chaos of the landscape where I have felt the same sense of pattern and order. ‘Pattern’ in this sense is used to relate to an underlying structure that is implicit in the very nature of things. 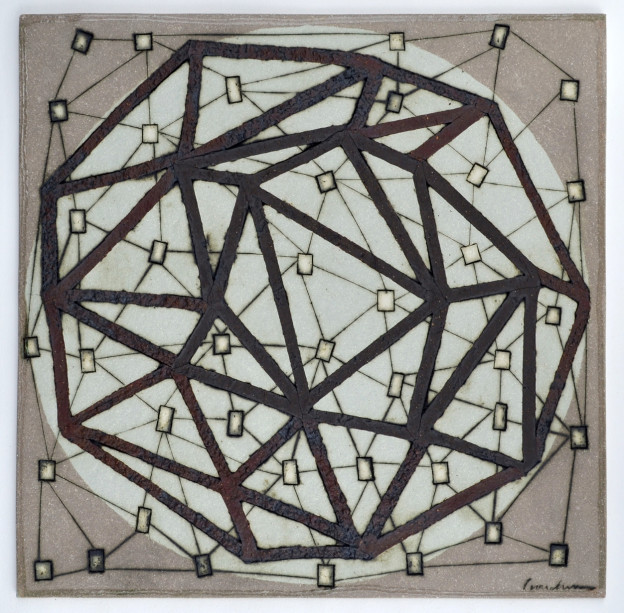 Working intuitively, I sense the underlying connections and systems and the idea of unity.  The resulting patterns or rhythms of lines are interrelating but there is not necessarily a sequence of events, more an underlying network of integration.  The interconnecting lines offer us a glimpse of the network of relationships that is a metaphor for connectivity in time and space. 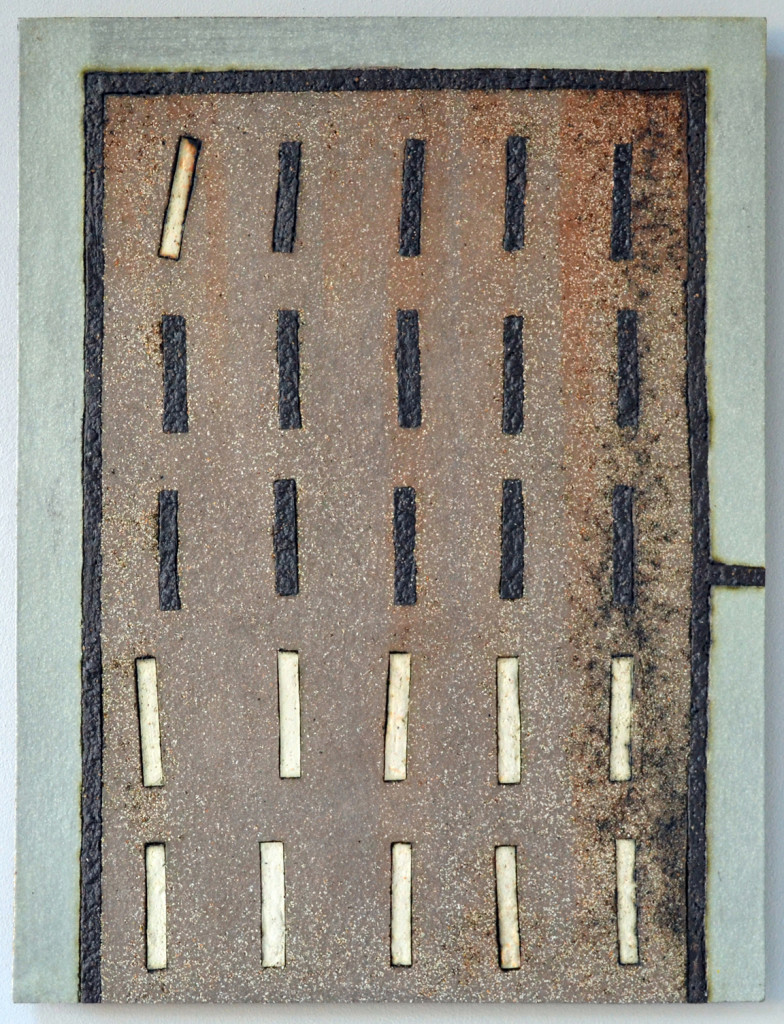 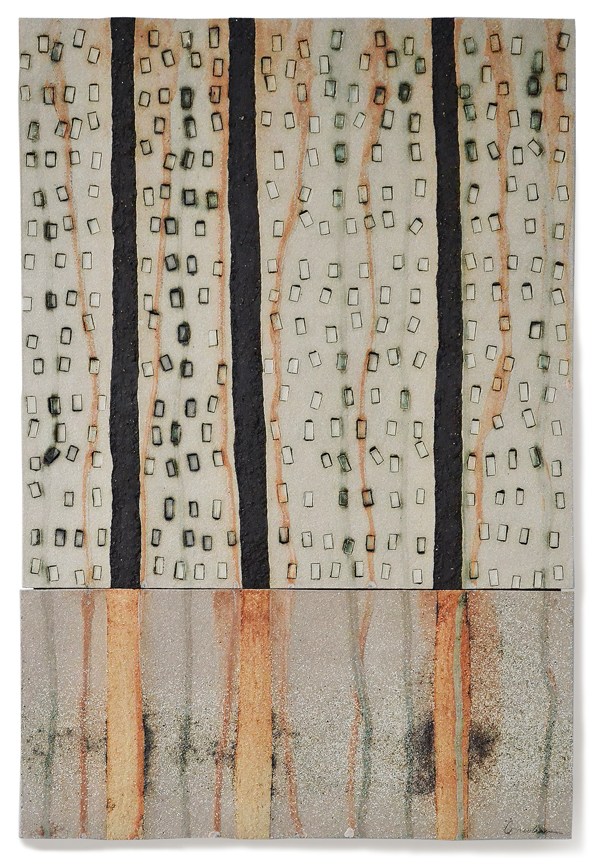 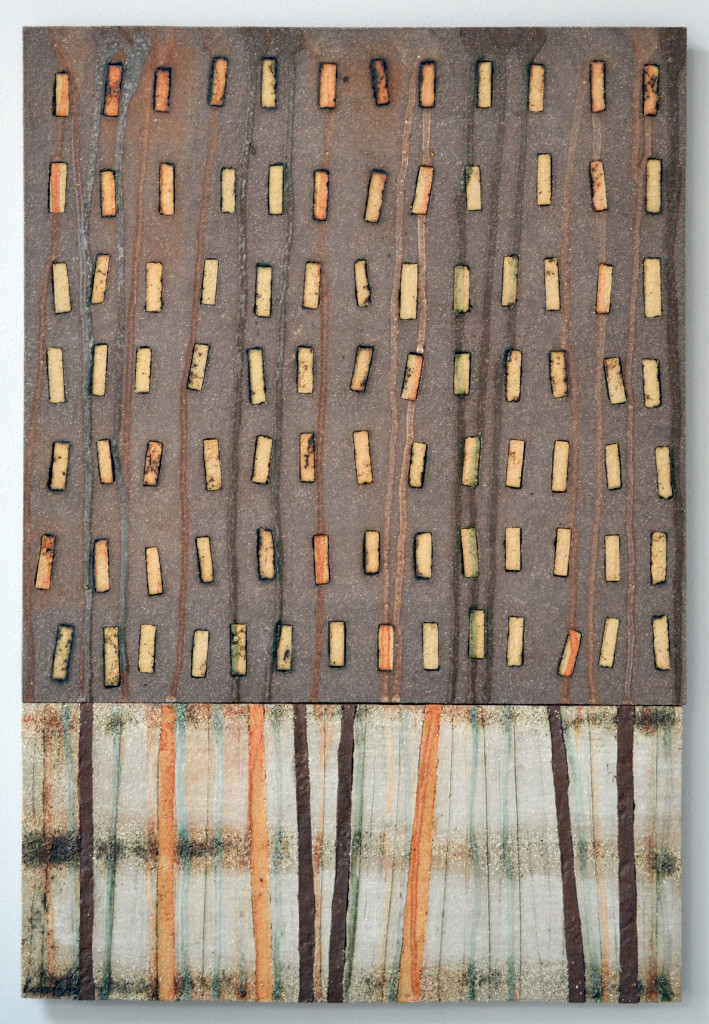 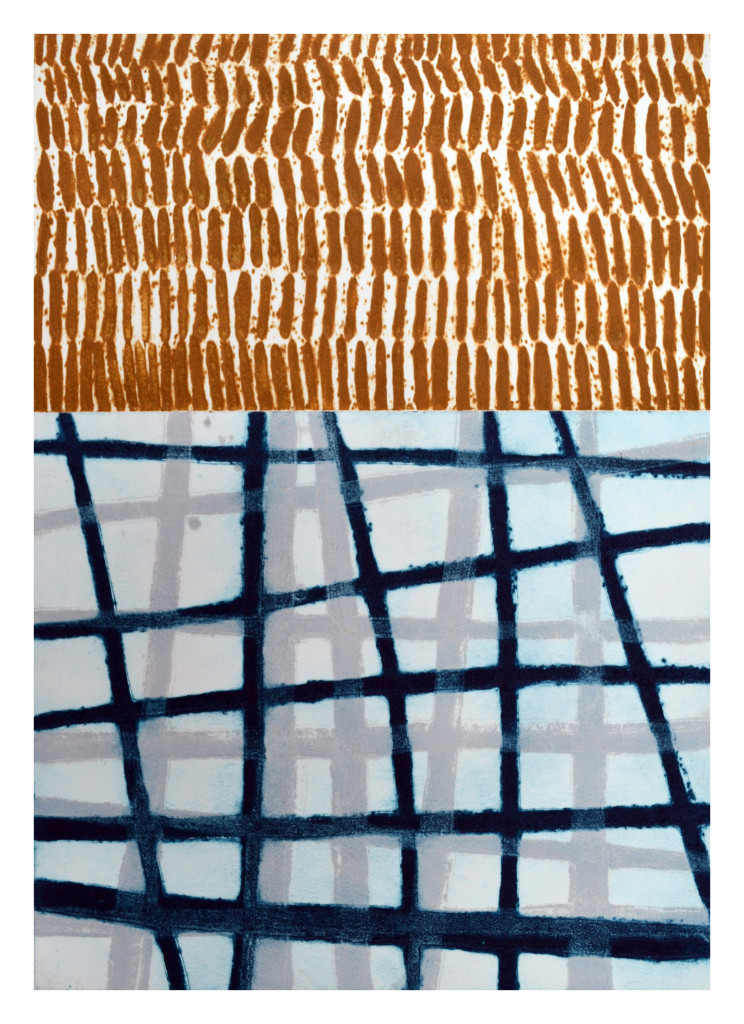 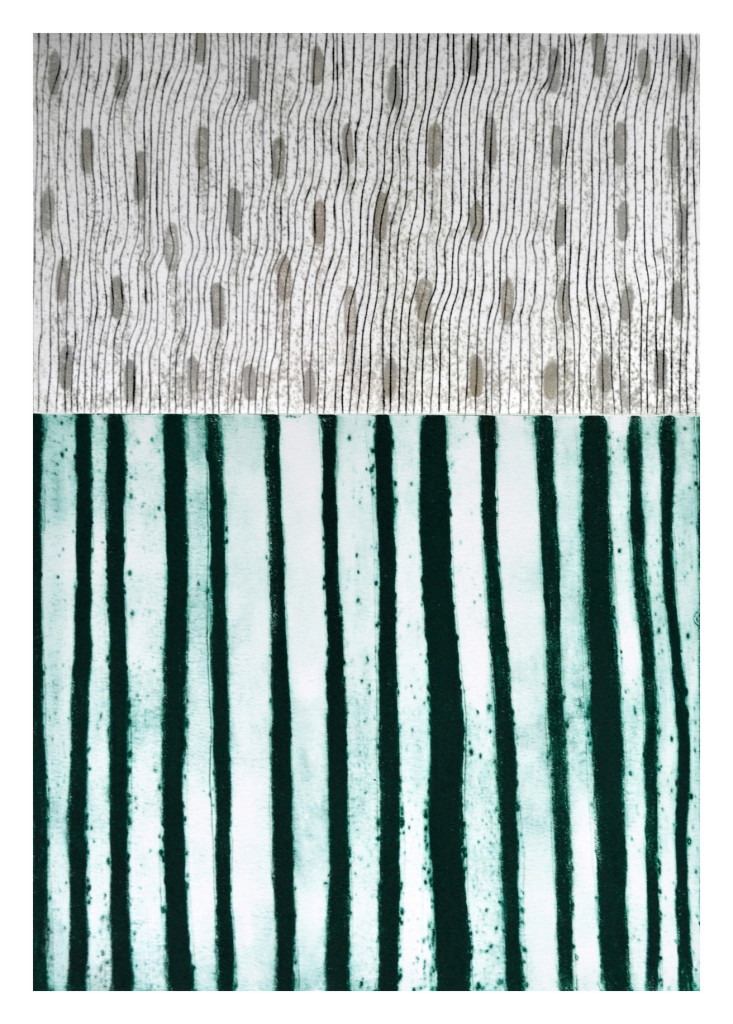 I completed my first degree in History and Art in 1985 at Reading University. I then worked in London as a Production Assistant for the BBC before travelling around South East Asia. In 1992-5 I lived in Japan and studied traditional Japanese Ceramics. I returned to the UK in 1996 and attained an MA in Ceramics at the University of Wales Institute, Cardiff. In 2008 I achieved an MA in Fine Art Printmaking at Anglia Ruskin University, Cambridge. In 1996 I began working as a professional artist from a studio at Wysing Arts Centre, Cambridge. In June 2010 I moved to my present studio in Histon, Cambridge. View all posts with Clare Crouchman →