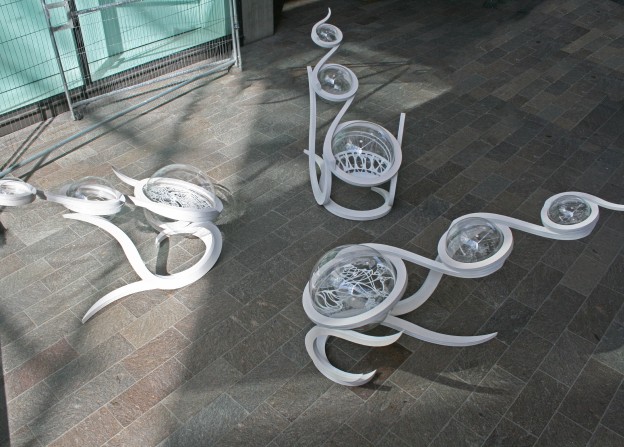 Julius Colwyn: In the Midst of Things

Throughout my studies and research I have found myself to be a nomad, in between disciplines, walking the strange places between the bodies of knowledge, a thought ecologist.

My work is concerned with how we grow an understanding, how we can incubate a meaning within a metaphor, a metaphor in a pattern, the pattern within a form, the form within a structure, the structure within a space.

Through working with complexity scientists and cognitive neuroscientists, I have been developing an integrated methodology, a systemic approach to creative production, in which a cognitive understanding of attention, association, conceptual metaphor and interpretation are incorporated into aesthetic technique. The work explores an understanding of context as content, in which an object orientated reality is revealed as process dependant, and things thought of as separate are revealed as part of a subtle, causal architecture, inextricably related.

‘In the Midst of Things’ is an installation examining the process of human being, the nature of humans as individual agents, but also as collective macrosocial organisms. Linked into a network, part of the swarm. The installation is comprised of three forms, examining humans as systems of flow, structure and consciousness.

Working on a local level of observation and metaphoric expression, smaller works are related and embedded within larger gestalt groupings, separate elements that form part of a greater whole. Designed to identify as a singular experience, indicated through a harmony of materials, tonality and patterned surface, the work also serves as a micro-curation of concepts, metaphors and observations that echo or respond to one another. 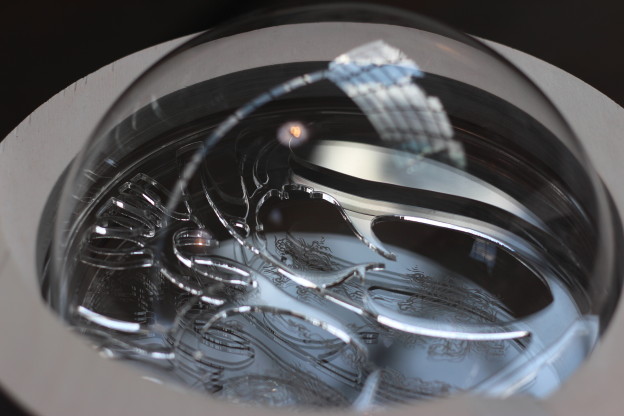 The macroscopic form influences the perception of the microscopic detail, the piece cannot be viewed all at once. The orientation and scales of observation require the viewer to shift their focus and physical position, twisting in the midst of the different processes that affect the human experience.

Arranged and designed according to self-similar affine symmetries and a fundamental metaphor of flow, there are three discrete sculptural forms, each of which is comprised of three acrylic glass spheres, which themselves contain three separate layers of detail and patterned metaphoric abstraction examining the human being. 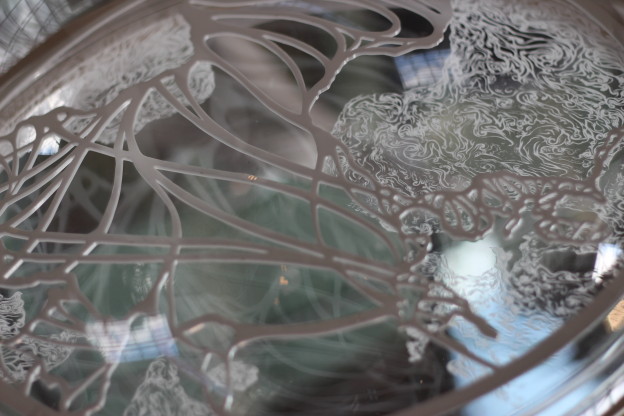 Each sphere holds a metaphor or expression, moving in scale from the individual to the communal to the global. The formation of social groups is understood through the process of mitosis, migratory patterns through turbulent and laminar flow, information exchanges as neural networks. Each metaphor or allegory captures and translates an intangible facet of human experience into a visual form. 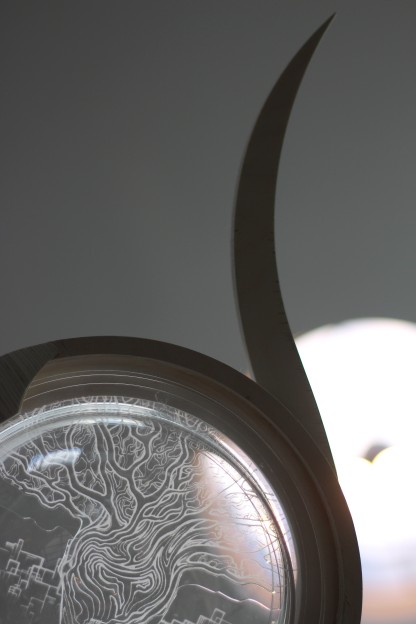 Comprehension is an emergent phenomena, arising from the interactions between experience and associative memory, in my work I always attempt to balance the implicit and the explicit, the intuitive and the systematic. I aim to provide all the components of an understanding, to create an environment that could enable revelation, but to leave the resolution and extended implications to the viewer. 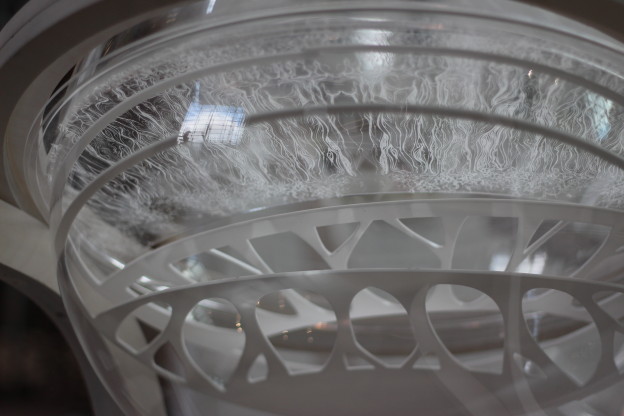 I understand the work of art as a recursive continuum between making and meaning, and the co-authorship of meaning with the viewer as essential to its continued life, beyond the object or space, in the minds of those that engage it.

as a member of the speaker liason team at ted global conferences,

as part of research teams with the lse complexity research group,

as a designer, communicator and consultant with complexity practitioners working in international development

as an editor for neuroscientists writing for a wider audience