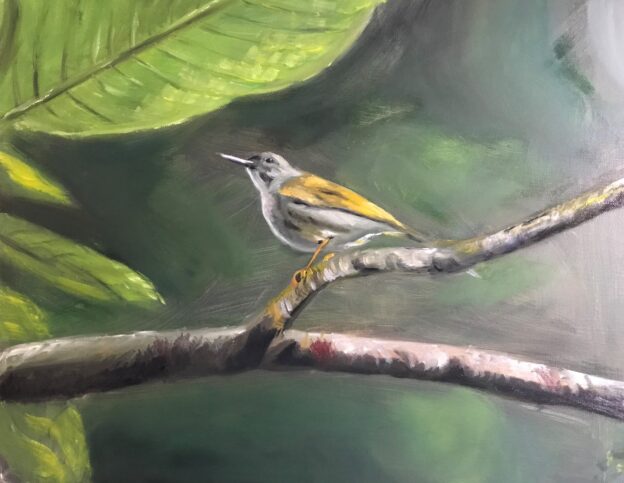 In sleep my little songbird comes
Rejoice am I to hear her songs
Of scattered dreams she flitters through
The wind and rain and mountain dew
Behold I reach to touch her wings
Of fragments that her journey brings
Ordeals that I might only glean
She carries forth in troubled dream
So scarcely are her whispers heard
From stories she, my fragile bird
Says time has come and she must leave
For hunger calls, and chicks to feed.
Another year I wait in grief
With nothing left, but silent sleep.

The word “drēam” traces back to Old English with its original meanings of “the making of music” and a rejoicing of a new visitor who arrives in the hours of darkness1. In neuroscience, dreaming represents a peculiar type of cognitive activity and conscious experience that occurs during sleep2. Physiologically, sleep constitutes a pattern of alternating phases and stages which occur in a cyclical pattern3. These stages can be visualized using the electroencephalogram (EEG), a technique which records summed cortical postsynaptic activity across different regions of the surface of the scalp4. Our dreams are experienced differently during different sleep stages5. It is thought that a particular part of sleep called rapid eye movement (REM) sleep is where the emotional image of a dream becomes most vivid, due to activation of a part of the brain called the limbic system which is involved in the mediation of emotions67. During other parts of sleep known as non-rapid eye movement (NREM) sleep, the dreams tend to be more thought-like, due to activation of another area of the brain which mediates cognitive activity called the prefrontal cortex67. Thus, we might think of the visitations of our little songbird in the poem as a metaphor for these etymological signs. Her stories may flitter through the mind’s eye like the rapid ocular fluttering during REM, evoking deep feeling and a sense of journey. The dreamer may be left with a sense of having been profoundly moved by something inexplicable. Such occurrences have been reported by subjects in mentation reports following spontaneous arousal from sleep8.

In waking life, a similar poignant emotion may be evoked from witnessing the first migrating bird arrive in Springtime from its year-long journey across the plains of Africa. Migration is a common strategy used by birds which breed in seasonal environments, and is determined by multiple environmental and biological influences9. One might imagine the arduous journey the bird has taken, braving treacherous weather conditions, in order to reach its destination. More poignant still is the knowledge that populations of migrating birds are undergoing rapid decline each year due to various causes including industrial land use, logging and deforestation, as well as indirect consequences of climate change1011. The loss in biodiversity is compounded by knowledge of how such losses will also impact on downstream ecological function and health12. This sense of unease exposes a way of modern consumption that has become increasingly disconnected from the natural world. The struggles of human souls, too, can mirror the plights of the birds. Human refugees cross similar paths in the sub-Saharan desert each year in an attempt to reach Europe, fleeing uninhabitable land and conflict13. The parallel fates and struggles of two different types of migrant, both human and non-human alike, suggest that we are more interconnected in nature than what appears on the surface. In times of uncertainty and trouble, the subterranean world of shared vulnerability often emerges in the form of lucid and restless dreams, as if like a traveller traversing the plains between conscious and unconscious worlds. A recent finding from research is that conscious dream recall seems to correlate with heightened activity in the posterior cortical regions of the brain during REM and NREM states7,14.

In psychology, a dream may be interpreted as an expression of the inner recesses of the mind. Swiss psychologist Carl Jung thought that dreams were a reflection of what might have been marginalized into a person’s unconscious, and that symbols or archetypes of dream were like stories not previously conveyed in waking life15. In a similar way, indigenous peoples and some ancient philosophies believed that prophetic dreams, particularly of nature, offered insights into happenings in collective outer as well as inner landscapes16,17,18. In our goal-driven culture, where our senses might be flooded by the immediacy of social media, something of the soul essence may have become marginalized and suppressed, similar to the way in which the natural world is objectified. What if, like the migrating bird of the inner mind, we might tentatively journey outwardly beyond the mechanical origins of the dream? The plight of winged songbirds has long been exemplified by way of recurring motifs in old myths across the continents. Perhaps, in these modern times, these stories are waiting to be told once again.

How is this story connected to current times? Just as in the loss of the Emperor’s songbird, we see that the breeding population of nightingales has undergone a dramatic decline due to pressures faced during winter months, as well as adaptive changes to their wing length due to climate change19,20. Their tranquil chorus, once a common experience on a Spring morning, may be gradually diminishing; drowned by artificial sounds of noise pollution. It is like a monochrome digitalized blackness that seeps to deaden the synaesthestic experience of the unspoilt natural world. It may be difficult for the conscious mind to connect comprehensively with the implications of insidious loss that happens relentlessly day-by-day, just as there may be a disconnect from the wilderness within the inner self. Healing of collective malady might occur by the relinquishing of dominion over nature in all its forms. In the ever-fading light of the bird, perhaps we have a chance for collective repair, of finding soulful reunion with the other-than-human. 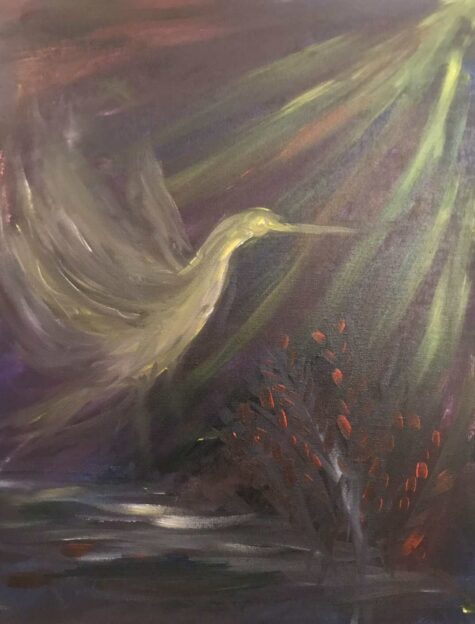 In depth psychology, there is the idea that what is forsaken in conscious state is consigned like a seeded potential to unconscious mind, waiting to be restored21. It is like the process that occurs in deepest sleep, when the parasympathetic nervous system is aroused, the breathing falls deeper, and a restorative cognitive re-wiring occurs22,23,24. Inner seeds await re-emergence, like the storm clouds which gather into awareness, and from where fertile tears of empathy fall. It is by listening to the marginalised, that a reconcilement toward collective re-wilding might come. Until then, one may continue to wait with grief uncertainty as the dawn chorus of migrants struggle to emerge from their journeys.

In deepest sleep the breath falls nigh
Nigh not mine but mine earth’s sigh
Neath fertile clouds of seeds unsprung
Where dreams will gather in avian song.

The climate and health crisis is upon us25,26, and there is urgent need for more pro-environmental behaviour in society to both adapt and mitigate the effects of runaway climate change. Deeper collective engagement into the climate crisis involves forging interconnectedness with nature on an individual level. It involves exploring the interface between unconscious and conscious parts of the mind, its perception of the natural world, and how this then influences collective behaviour. It is through both the vital practice of art-making alongside conventional scientific approaches that climate solutions may be found27. In this essay, I have used the imagined viewpoints of marginalised creatures of the natural world as an analogy of how inner values of individuals in society might have become marginalised from actions of their outer selves. By using creative facets as a scaffold on which the consequences of anthropogenic human activity on the environmental can be explored, these may help develop the inner depths through which collective transformation and more pro-environmental behaviour may occur. 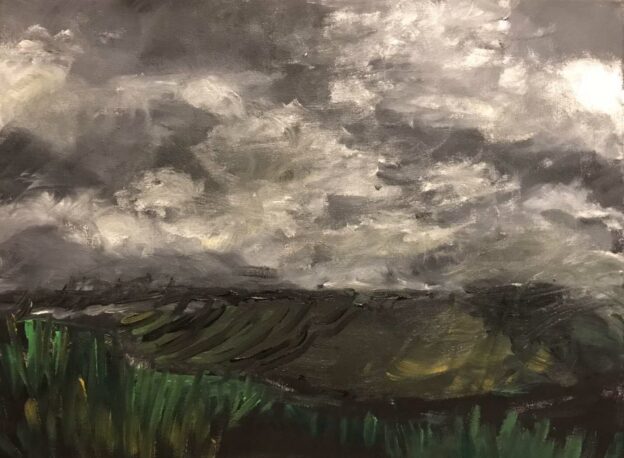 Dr Omay Lee is Neurology doctor based in London, with specialist expertise in Clinical Neurophysiology and Electroencephalography (EEGs). She did her undergraduate medical training in the Universities of Cambridge and London, and her postgraduate medical training in Edinburgh, and has worked as a doctor for 10 years. In her spare time, she is a nature-based artist, and is passionate about the natural world, environmental conservation, and researching the effects of climate change on health. For more information about her artwork see her website at www.dreamingofnature.com